The following weapons were used in the film Enough:

Mitch uses a SIG-Sauer P230 stainless pistol to threaten Slim's friends when they break into his property. The gun is later hidden behind a false compartment in another house belonging to Mitch. It is seen equipped with a suppressor as well.

Mitch with the suppressed P230.

A dual tone Ruger P95 is also another gun discovered in Mitch's house. 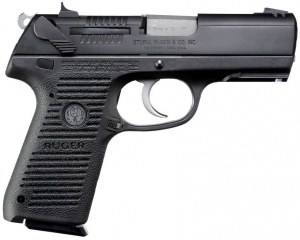 The gun in the drawer.
Retrieved from "https://www.imfdb.org/index.php?title=Enough&oldid=1518030"
Categories: