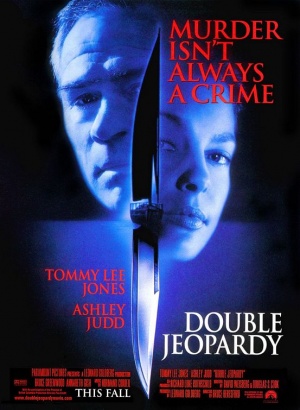 Double Jeopardy is a 1999 thriller directed by Bruce Beresford (Breaker Morant, Money Movers) and starring Ashley Judd as Libby Parsons, a young wife who awakens to find herself in a bloody bed and her husband missing. She then is charged with the murder of her husband and is sentenced to prison. When she discovers the truth behind his murder, she escapes and finds a unique justification for her revenge. The film also stars Tommy Lee Jones and Bruce Greenwood.

The following weapons were used in the film Double Jeopardy:

Parole officer Travis Lehman (Tommy Lee Jones) keeps a Smith & Wesson Model 36 as his main firearm in the film. When she escapes, Libby Parsons (Ashley Judd) is seen taking it from him and carries it throughout the rest of the film. 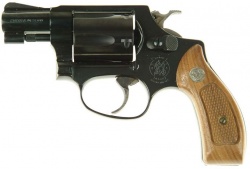 Libby gets ready to use the S&W.

The S&W lays on the ground after a scuffle.

Nicholas Parsons (Bruce Greenwood) pulls a Beretta Cheetah during a confrontation with Travis. 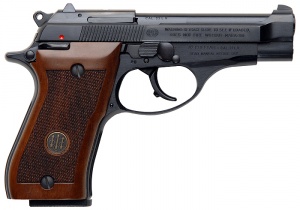 Beretta 87BB Pistol - .22 lr (This is similar to the variant used by Fouchet, an 84BB with the rounded trigger guards. The 84BB is the predecessor of the current 84FS model.)