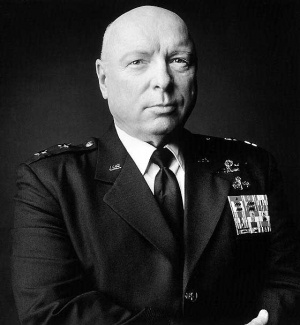 Don S. Davis was a Canadian actor (albeit born in the United States of America), who commonly played authority figures or men in uniform, most notably in his roles as USAF Colonel (later General) George S. Hammond in Stargate SG-1, US Navy Captain William Scully (the father of Dana Scully (Gillian Anderson)) in The X-Files, and Major Garland Briggs in Twin Peaks. He died of a massive heart attack on the 29th of June, 2008.