Don't Cry, Girl (Ne plach, devchonka; the title is a line from a popular song of that time) is a Soviet 1977 (filmed 1976) musical comedy directed by Yevgeni Sherstobitov. A young man Andrey Vorobey (Oleg Sologub) isn't allowed to military service due to health problems. But he finds an another way to prove himself a real man. 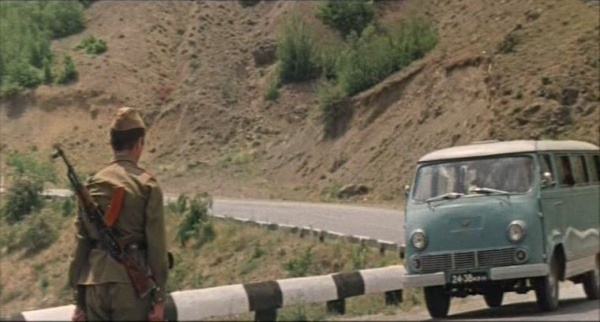 A soldier carries an AKM. 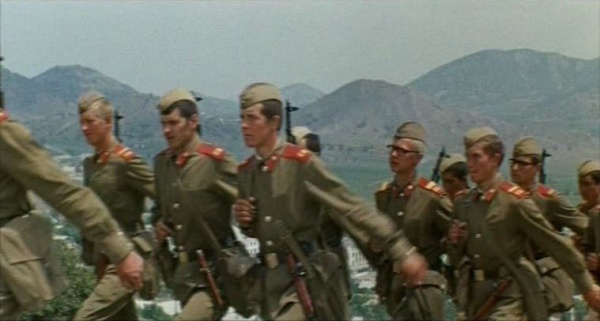 Soldiers on march carry AKMs and 6Kh4 bayonets in scabbards. 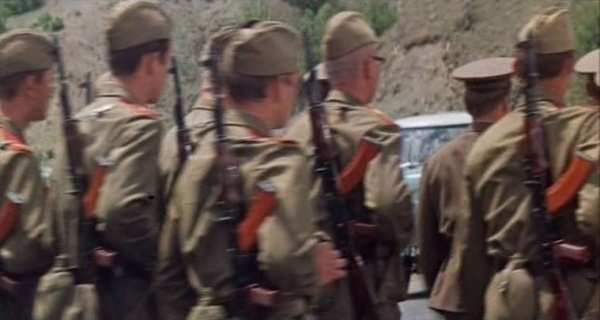 Soldiers with AKMs on march. 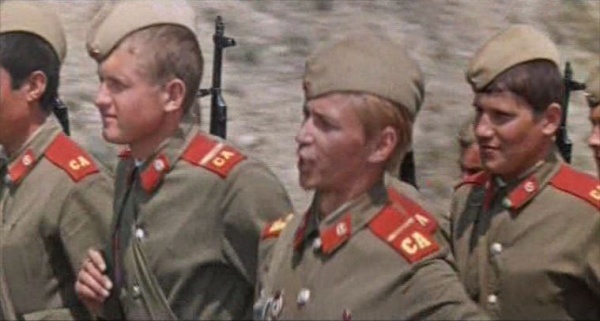 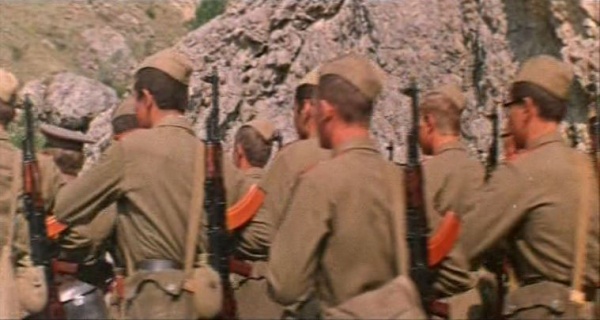 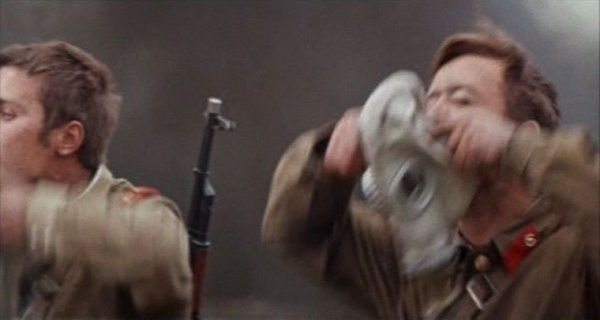 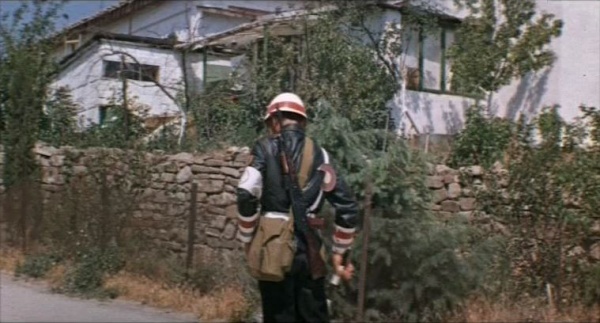 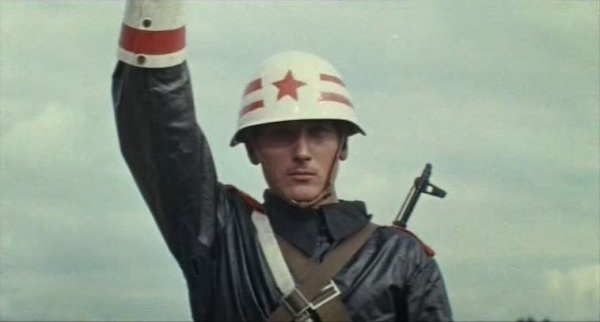 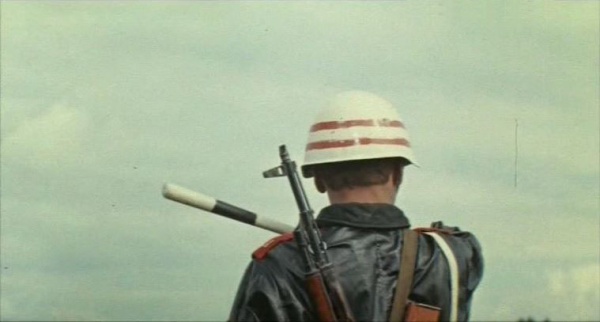 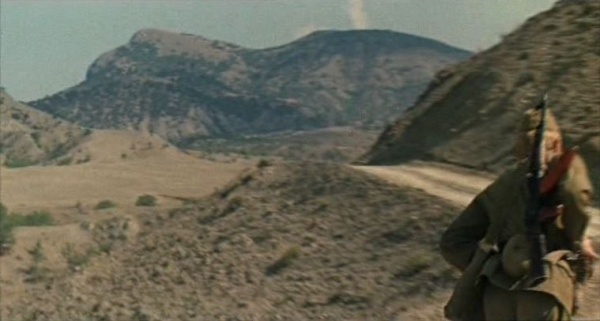 Pvt. Andrey Vorobey (Oleg Sologub) runs with an AKM on sling. In previous moment he carried an SKS. 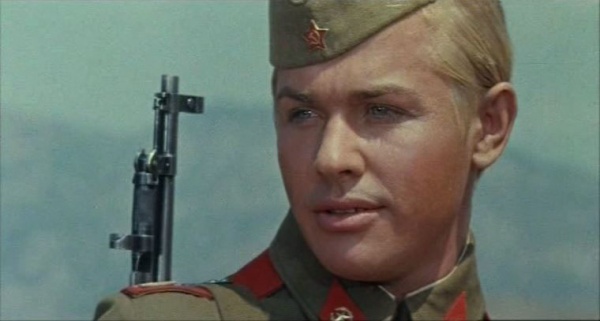 A close view of the barrel of SKS. Next moment the SKS switches to AKM due to a continuity error. 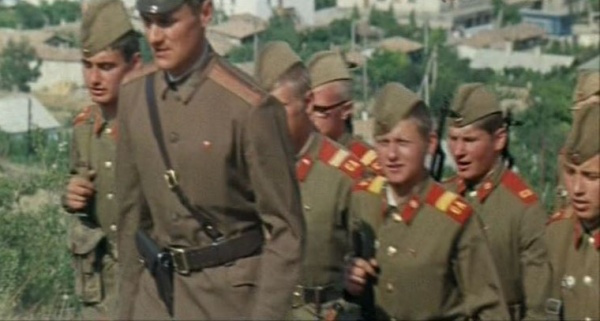 An officer carries a PM holster. 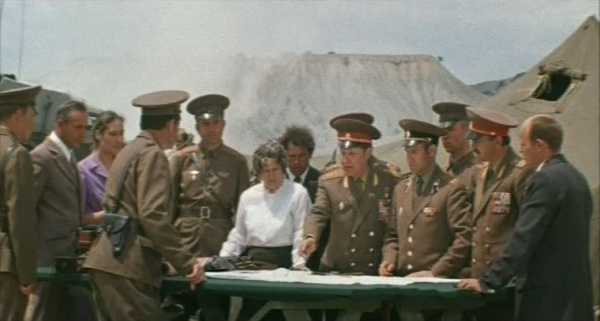 An officer at the left carries a PM holster. 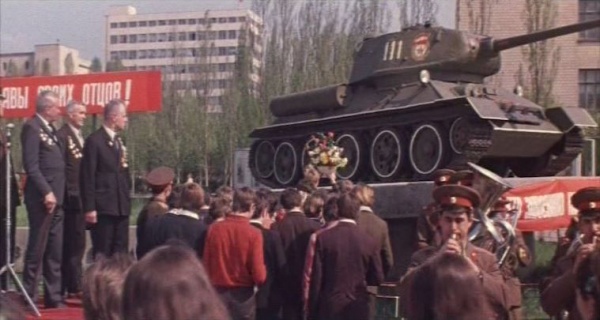 A T-34 tank is installed as a monument. 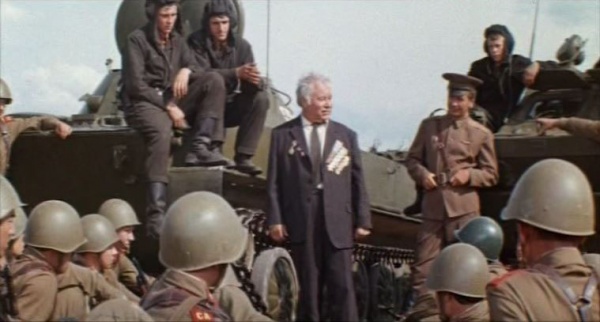 Two MT-LB multi-purpose armored tracked vehicles are seen. MT-LB is armed with a PKT machine gun in turret but in this scene the turrets aren't seen. 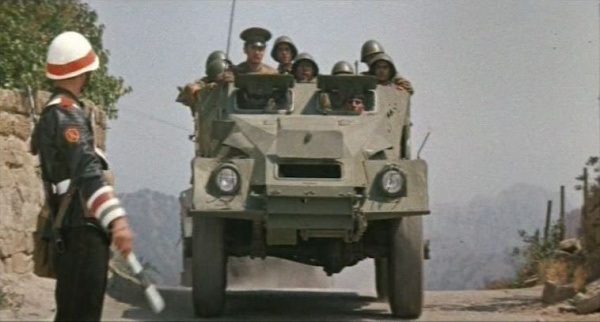 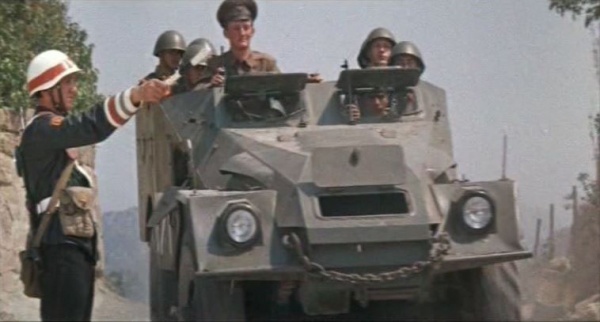