Disappearances is a 2006 Western film directed by Jay Craven and starring Kris Kristofferson based on the 1977 novel of the same name by Howard Frank Mosher. Described as a "Vermont Western" by the director, the film is set in 1932 in rural Kingdom County, Vermont during the Great Depression in the waning days of the Prohibition Era and follows the story of farmer and ex-whiskey smuggler Quebec Bill Bonhomme (Kris Kristofferson) who is forced back into his old trade in order to save his farm. Together with his teenage son Wild Bill (Charlie McDermott), Native American brother-in-law Henry Coville (Gary Farmer) and peculiar farm hand Rat Kinneson (William Sanderson), Quebec Bill embarks on a journey to smuggle hijacked whiskey across the Canadian border, incurring the wrath of a dangerous backwoods outlaw (Lothaire Bluteau) along the way.

The following weapons were used in the film Disappearances:

A Winchester Model 1897 is used by Quebec Bill Bonhomme (Kris Kristofferson) throughout the film. His son, Wild Bill (Charlie McDermott) also uses it in a couple of scenes. It appears to be the riot gun variant. 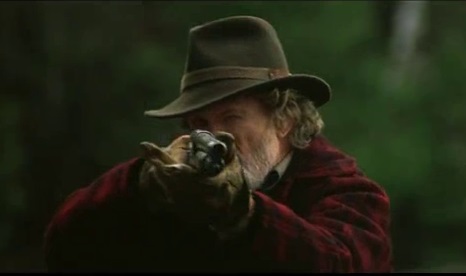 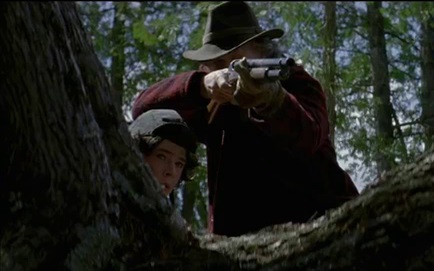 Quebec Bill aiming his Winchester Model 1897 at an enemy. 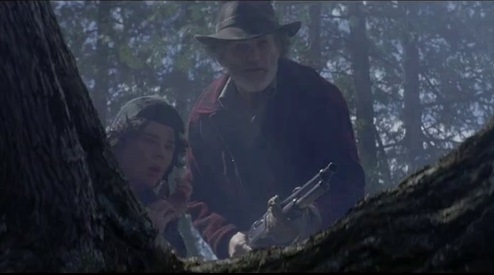 After firing the Winchester Model 1897. 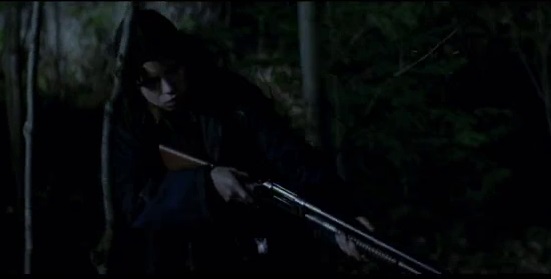 Wild Bill with his father's shotgun while searching for his uncle Henry in the woods.

A Sawed-Off Double Barrel Shotgun is used by Carcajou (Lothaire Bluteau) as his sidearm of choice throughout the film. 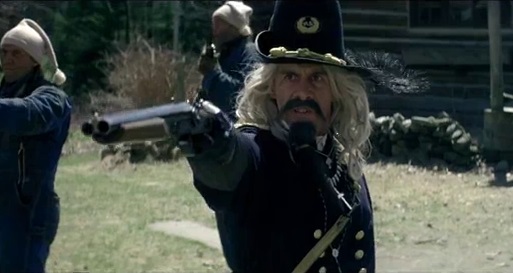 "You'll pay for that whiskey." Carcajou holding his sawed-off shotgun.

"Heathens....hellfire....." Carcajou pursues father and son in the woods with his sawed-off shotgun.

Rat Kennison (William Sanderson) is shown using a double-barreled shotgun in the canoe when he and Quebec Bill cross paths with Carcajou on Lake Memphremagog.

Rat loads his shotgun. Why he didn't already have the thing loaded and ready to go is beyond me....

A Springfield Trapdoor variant of some kind is used by Cordelia (Geneviève Bujold) toward the end of the film.

Cordelia with the Springfield Trapdoor.

A Smith & Wesson Mk II Hand Ejector is used by Carcajou (Lothaire Bluteau) while disguised as a Mountie on the train to threaten Wild Bill (Charlie McDermott). 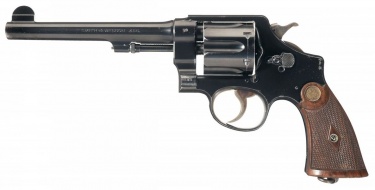 While never shown up close, Henry Coville (Gary Farmer) is shown loading what appears to be a Smith & Wesson Model 10 revolver in the background in one scene in preparation for a potential showdown with Carcajou and his men when Quebec Bill (Kris Kristofferson) tries to transport the hijacked cases of whiskey across Lake Memphremagog. He is never seen firing it. 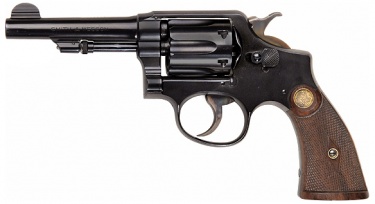 A Browning M2 is mounted on Carcajou's (Lothaire Bluteau) ski boat and used while searching for Quebec Bill on Lake Memphremagog. The appearance of the Browning M2 in this film, which is set in 1932, is anachronistic.

Carcajou and his henchman with the Browning M2.