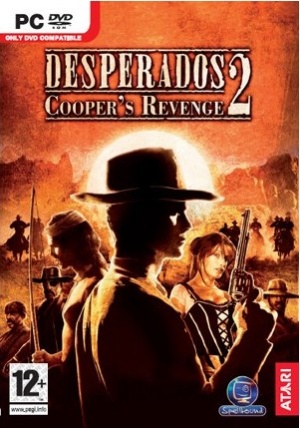 The following weapons were used in the game "Desperados 2: Cooper's Revenge":

The Remington 1858 New Army, converted to fire cartridges, is a primary handgun of "Desperados" games. It is used by most enemies and by John Cooper and Doc McCoy. One accurate shot will always kill an enemy. 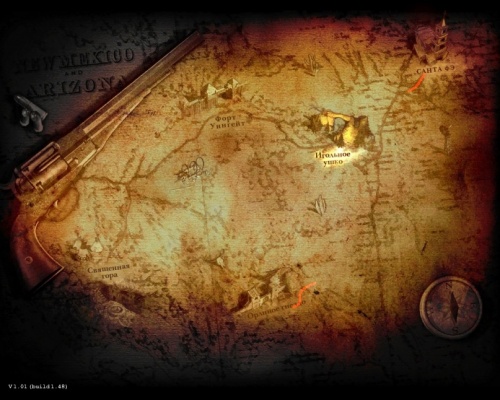 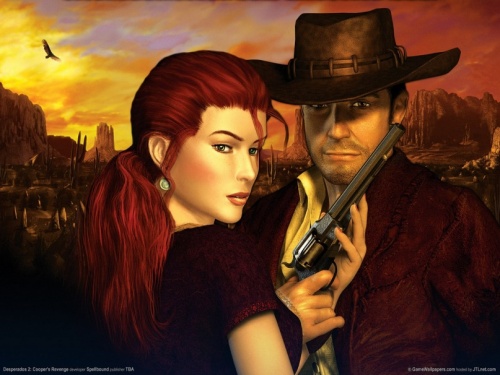 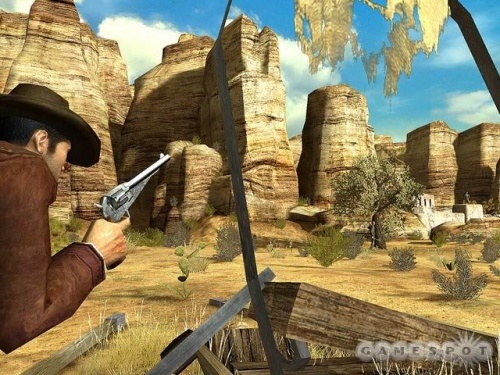 Cooper with his Remington 1858. 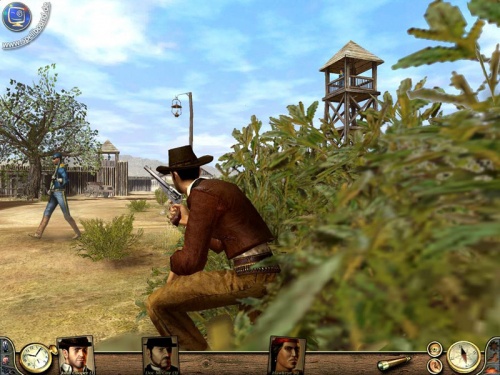 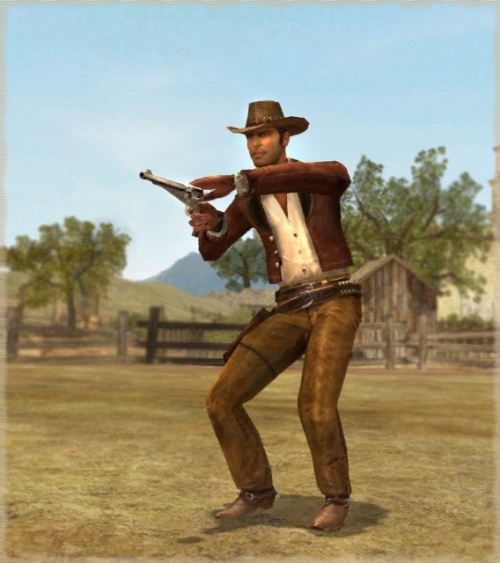 Doc McCoy uses the modified Remington 1858 New Army with long barrel. It also can be used with an optical sight and stock. Doc fires much slower than Cooper (Doc cocks the hammer with his thumb, while Cooper uses his left hand). 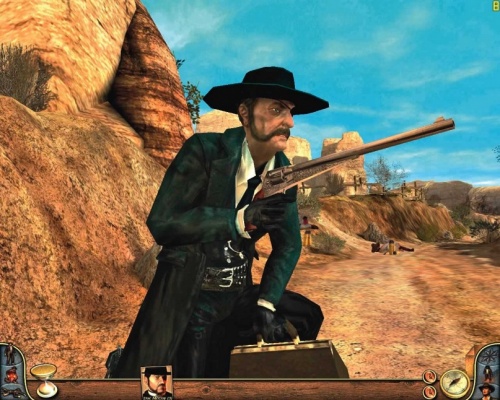 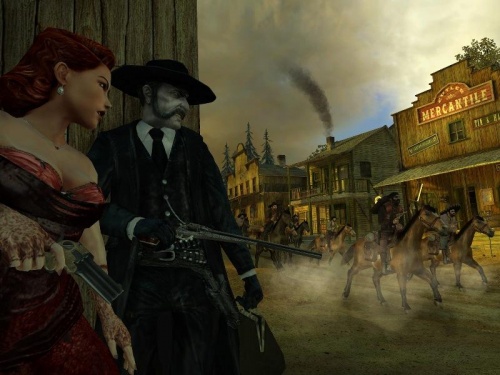 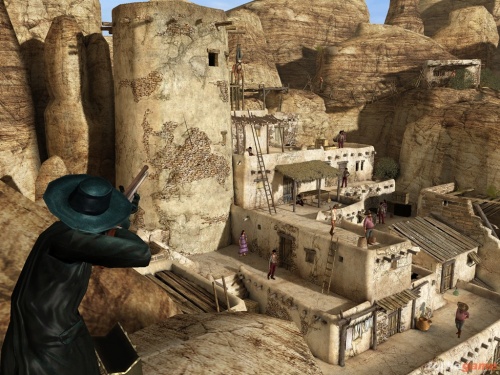 While using it with optics and stock, Doc also using special "sniper" ammunition.

The Winchester rifle in game look very similar to the Winchester Model 1873. It's using by many enemies and by Sam Williams. In Sam's hand it's not very good weapon: it's weak, have a handgun range of fire and very seldom killing enemy with one hit (even in head!). It's useful only in close range, so it must be done like a shotgun, not a rifle. 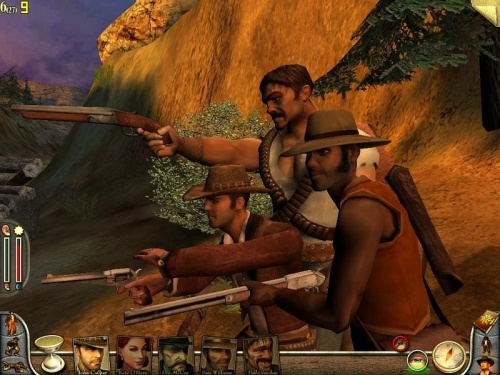 Sam Williams with his Winchester. 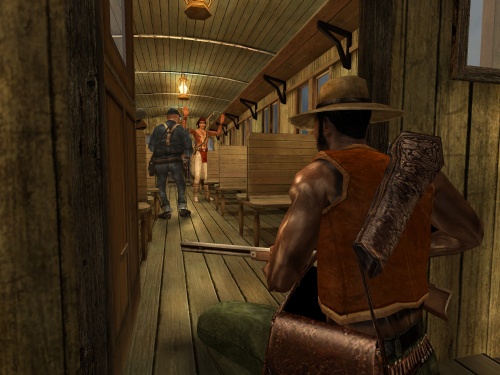 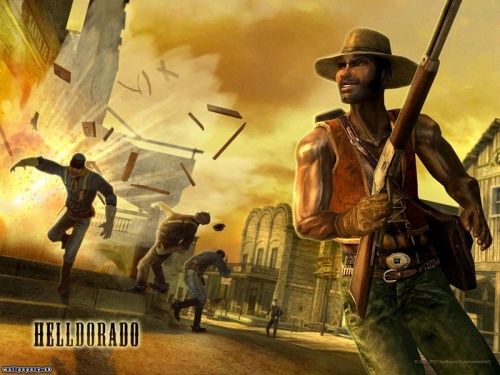 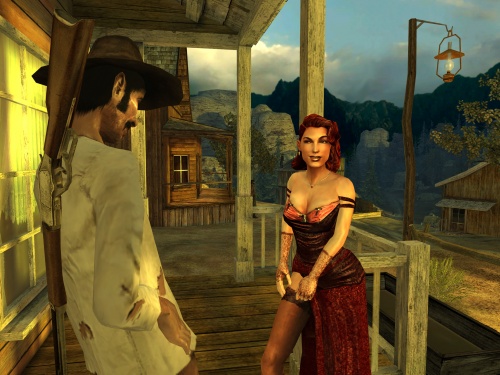 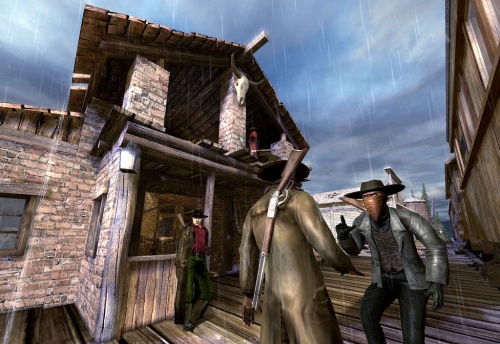 Pablo Sanchez is using the unknown sawed-off double barreled shotgun, obviously with one trigger. This gun have good power and enough range. 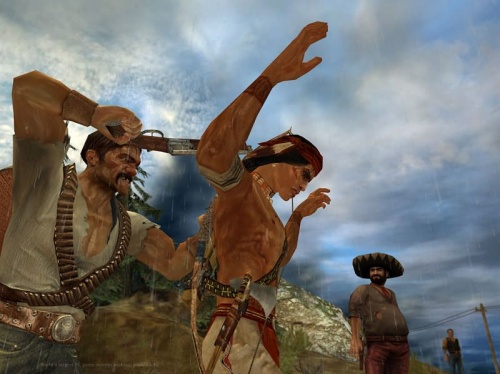 Kate O'Hara uses W. W. Marston Three-Barrel Derringer, patented 1857 and improved 1864. The pistol is very weak and you can kill only one enemy without reloading. But this is a self-defence weapon, using by Kate when her tricks fail. 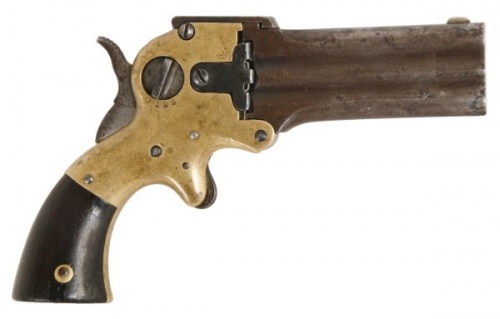 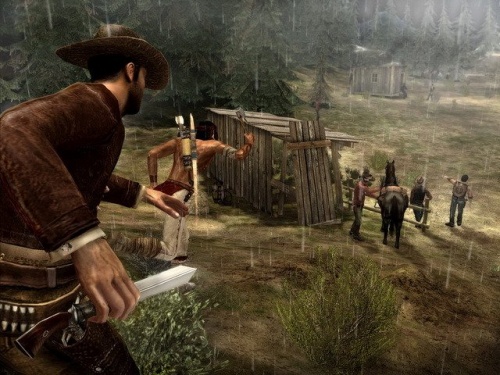 John can kill enemies with his knife. He also can throw it (Screen from "Helldorado"). 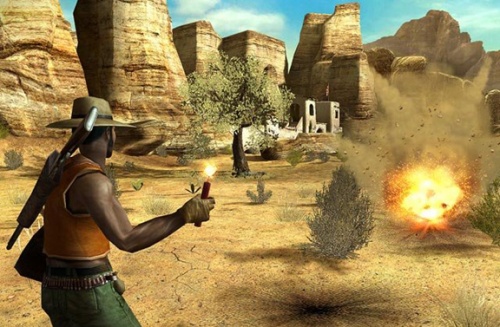 Sam has sticks of dynamite, cans of nitroglycerin and TNT. 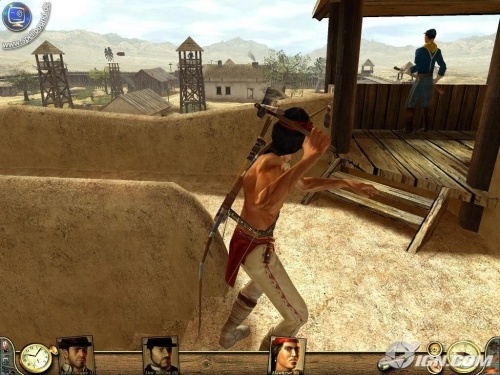 Hawkeye uses a bow and throws a tomahawk. 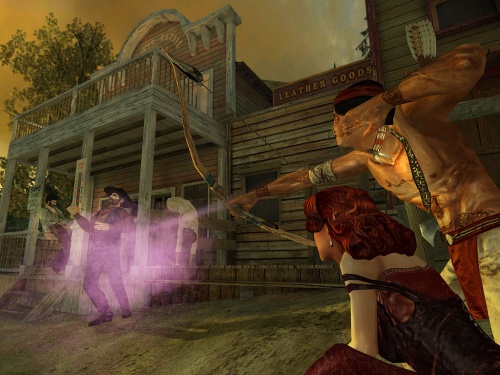 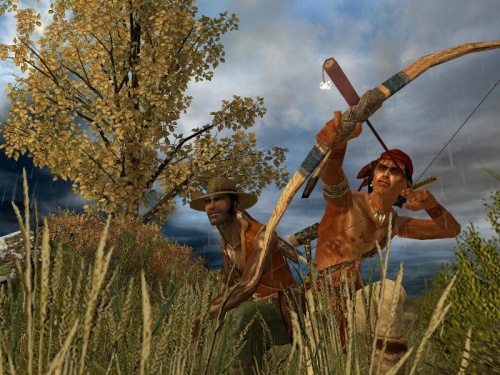 Sam can combine his dynamite with Hawkeye's arrows in "Helldorado". 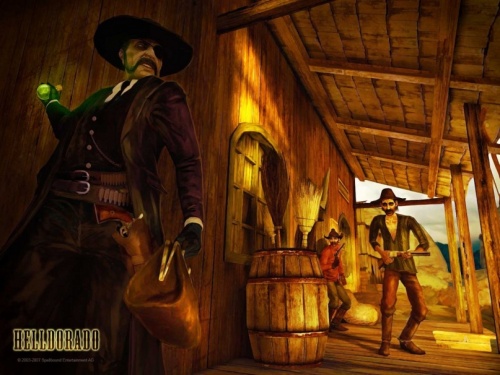 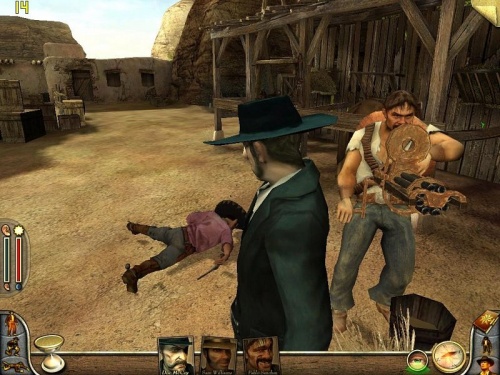 Pablo Sanchez can use a hand held Gatling Gun. 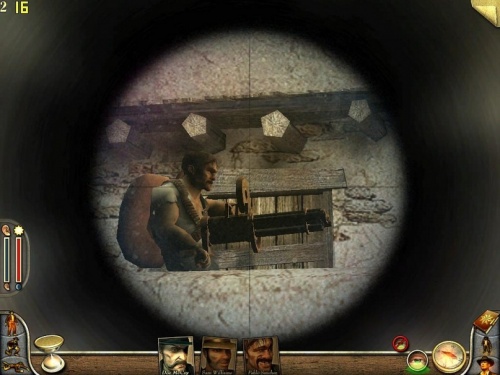 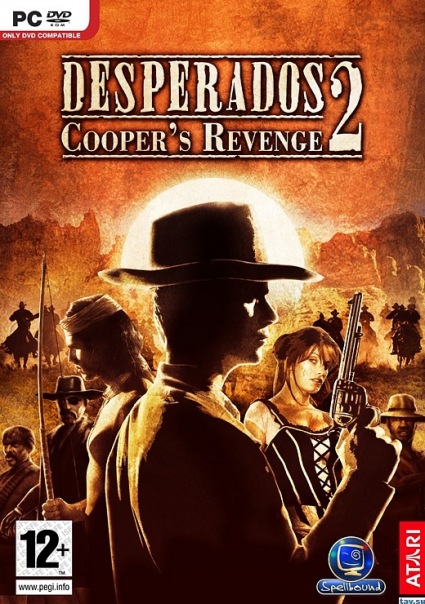 Desperados 2 cover shows us a cavalry SAA Revolver instead of Remington 1858 New Army. 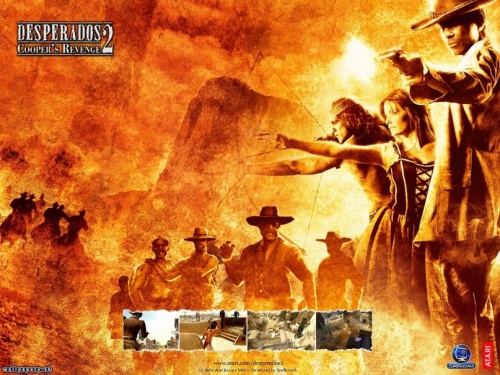 Here too we can see the Colt SAA and a Remington 1866 Derringer, instead of three-barreled derringer which is used by Kate in game.
Retrieved from "https://www.imfdb.org/index.php?title=Desperados_2:_Cooper%27s_Revenge&oldid=873321"
Categories: