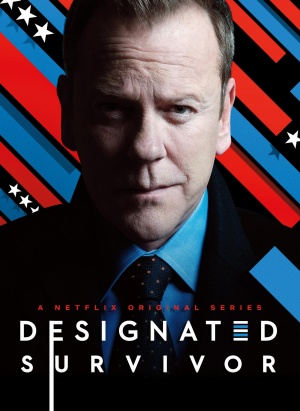 Designated Survivor is a television political drama that stars Kiefer Sutherland as Tom Kirkman, the mild mannered Secretary of Housing and Urban Development who is chosen to be the "designated survivor" during the President's State of the Union address. He then suddenly finds himself having to assume the mantle of the Presidency when a devastating attack on the US Capitol building wipes out nearly the entire US government during the speech. The series premiered in the US on ABC in 2016 and aired for two seasons until 2018. The series was subsequently picked up by Netflix and the third and final season premiered on the streaming service on June 7, 2019.

The following lists the seasons of the series Designated Survivor: