Defence of Sevastopol (Oborona Sevastopolya) is a Russian 1911 historical war film, depicting the events of the Siege of Sevastopol during the Crimean War (1854-1855). It was the first feature film made in the Russian Empire.

The following weapons were used in the film Defence of Sevastopol (Oborona Sevastopolya):

A Russian officer carries a handgun in a holster. The shape of the grip with lanyard ring and the shape of the holster allows to guess that this is Nagant M1895, the service sidearm of Russian army in the time of filming (and anachronistic for the Crimean War era). 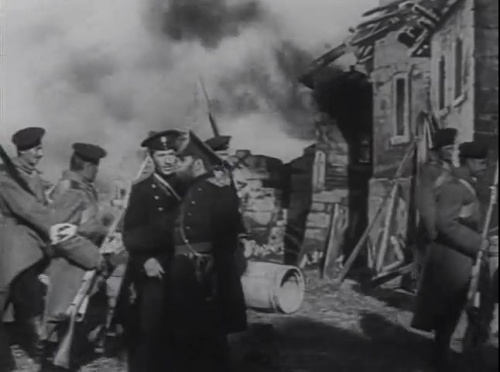 The officer in center carries the holstered sidearm. Note the lanyard.

While the uniform of Russian, French, British and Turkish armies were reproduced accurately, the guns in the hands of soldiers are anachronistic Mosin Nagant M1891 Infantry rifles. This is possibly the first appearance of Mosin Nagant rifles on screen. 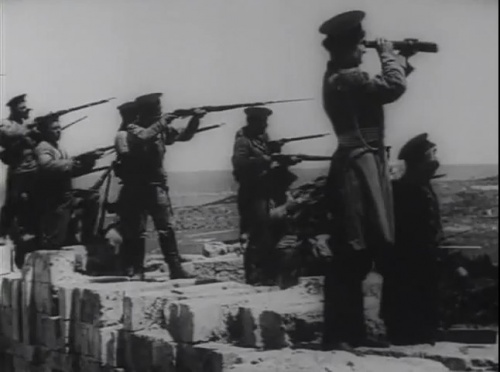 Russian soldiers fire their rifles. Some are fitted with bayonets. Vice Admiral Kornilov stands on the foreground. 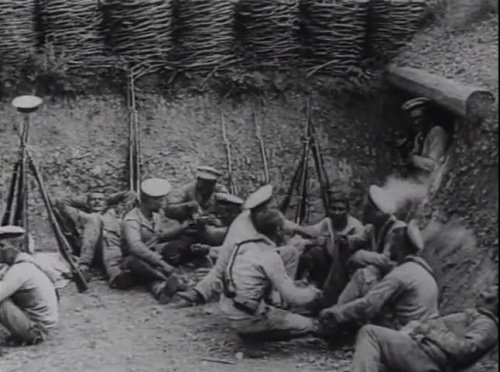 Russian soldiers and sailors at rest. 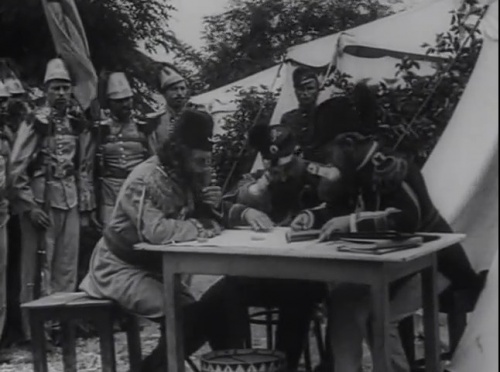 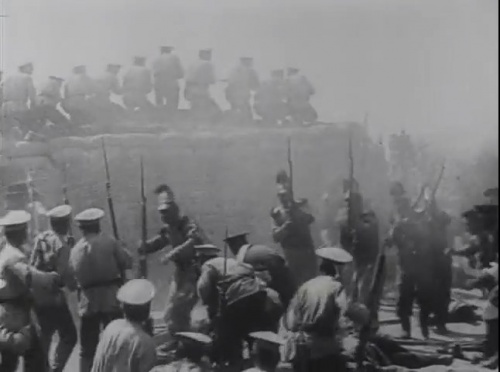 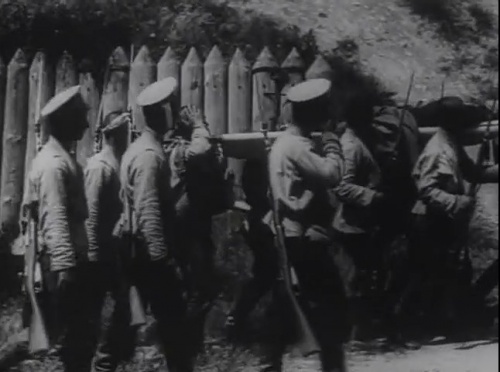 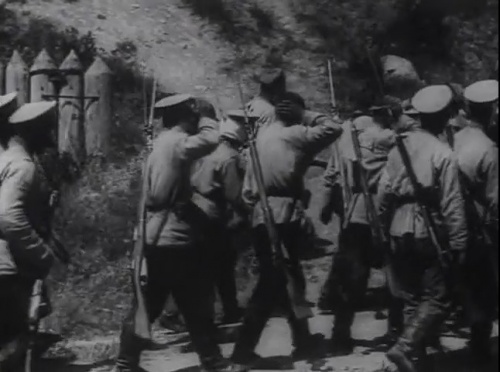 Russian soldiers on march. The rifles are seen clear enough, and the attachment of the rifle sling allows to identify the guns as original, pre-1910 Infantry models.

In one scene, a Russian soldier holds what appears to be a Krnka M1869 Rifle rifle. 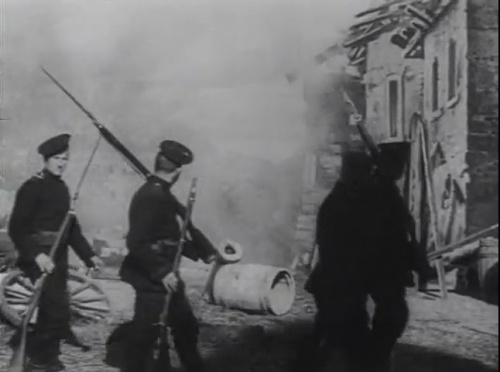 The soldier in center holds a Krnka rifle in addition to his Mosin Nagant rifle.

A genuine naval cannon from the Crimean War era is seen in several scenes. It appears to be 68-pounder Paixhans gun. Such cannons were mounted on Russian ships of the line and reused during the defense of Sevastopol. 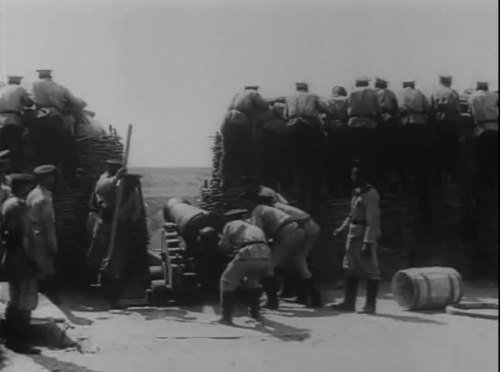 The cannon on position. 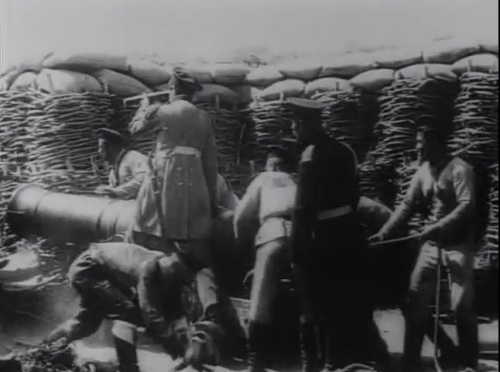 The crewmembers man the cannon. Admiral Nakhimov stands next to the cannon.
Retrieved from "https://www.imfdb.org/index.php?title=Defence_of_Sevastopol_(Oborona_Sevastopolya)&oldid=1364262"
Categories: