Day of the Falcon (Or noir)

Day of the Falcon (Original title: Or noir; English: "Black Gold") is a 2011 French-Italian-Tunisian-Quatari adventure drama directed by Jean-Jacques Annaud on based the novel South of the Heart: A Novel of Modern Arabia written by Hans Ruesch. Starring Antonio Banderas, Tahar Rahim, Mark Strong and Freida Pinto.

The following weapons were used in the film Day of the Falcon (Or noir): 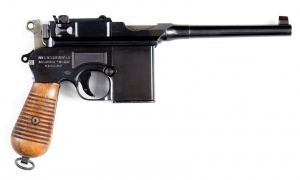 Ibn Idris pulled a pistol from his holster ...

Tariq (Walid Nahdi) is armed with a FN Model 1900 pistol.

Tarik stepped off the plane with a gun in his hand.

When he found an ambush, he returned to the aircraft ...

... and opened fire on the attackers.

Some guards of the sultan's "prisoners army" are armed by the double barreled pistol.

... but then Auda´s men disarmed him.

Aicha (Liya Kebede) is armed with a Oriental flintolock pistol. 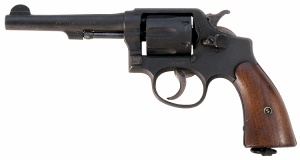 One of Auda's men (right) waving with this gun over his head.

Ali (Riz Ahmed) carries this revolver in the pocket of his coat.

Another of emir's officers carry Webley Mk VI revolvers. Also, their weapons are captured by the freed prisoners.

M1A1 Thompson in the armored car.

The older M1 Thompson submachine guns also are seen in the hands of several soldiers and freed prisoners.

One of freed prisoners with these weapon in his hand.

Also many of sultan's "prisoners army" guards carry these weapons.

Some of freed prisoners are seen with a Lee-Enfield Mk.I.

Next fighters are seen with Lee-Enfield No.1 Mk.III* rifles.

Several freed prisoners is armed with a Lee-Enfield No.1 Mk.III* rifle.

Same weapon on the his back carries also Nesib's fighter.

Next fighters are seen with anachronistic Lee-Enfield No.4 Mk.I rifles.

With anachronistic Lee-Enfield No.4 Mk.I on his back is seen one of freed prisoners (far left).

A guard of sultan's "prisoners army" holds in his hand Turkish Gew.88/05/35 rifle with down turned bolt handle.

Many characters are seen with Berthier Mle 1916 carbines in their hands.

The guard of "prisoners army" (left) holds in his hand this carbine without a magazine.

Berthier Mle 1916 in hand of one Auda's men, who attacked on an armored vehicle in the desert.

One of freed prisoners (left) waving with trophy weapon.

Sheikh Beni Sirri (Lotfi Dziri) used Sharps 1874 Gemmer rifle, a version of the Sharps rifles family with the addition of some Hawken Rifle type parts, like the long ramrod below the barrel (on the breechloading Sharps it is used for cleaning the barrel). 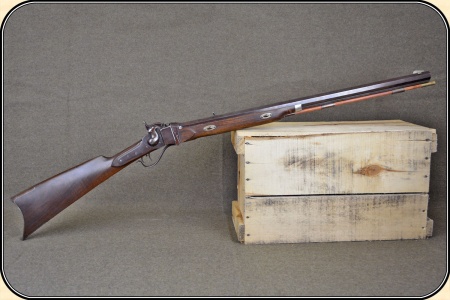 The warriors of desert tribes often still wears the old Jezail and Ottoman muskets. Several of these weapons can also be seen in the house of the Sultan Amar (Mark Strong) on the wall.

Sultan Amar (Mark Strong) speaks with his son. In the background on the wall can be seen a few Jezail muskets.

The tribal fighters raided on oilfields. One of them (left) holding a Ottoman musket.

One of the tribal fighters uses Kentucky Flintlock Rifle.

One of the tribal fighters fired from a musket at a airplane.

M1914 Hotchkiss machine guns are near Nesib's oilfields and also are mounted into his armored cars.

This machine gun with a tripod stand near the oilfields.

Nesib´s military plane is equipped with Spandau MG08/15 machine gun. Judging by the fact that its barrel is placed on top part of cooler jacket (in contrast to the on the bottom on the real MG08), actually this is other machinegun, mocked-up as LMG 08/15. 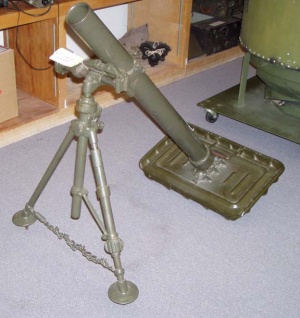 Nesib's army own also several half-track armored cars (more info there: [1]). It appears to be a made for movie vehicles, presumably built on the bulldozers' chassis. 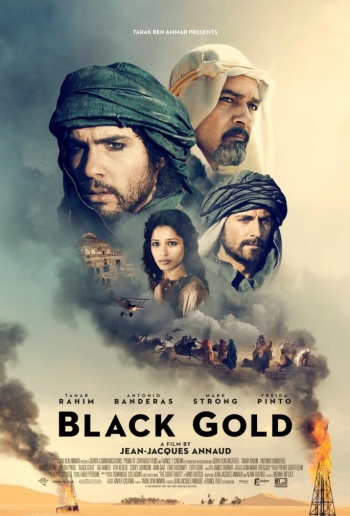