The following weapons were used in the film Dark Shadows:

Numerous Collinsport's policeman carry Smith & Wesson Model M&P in holsters as their duti sidearms. Sheriff (William Hope) draws it and fires at the one scene. 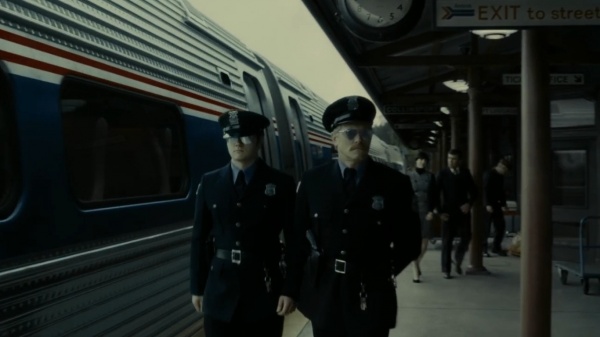 Two policeman with the holstered revolvers. 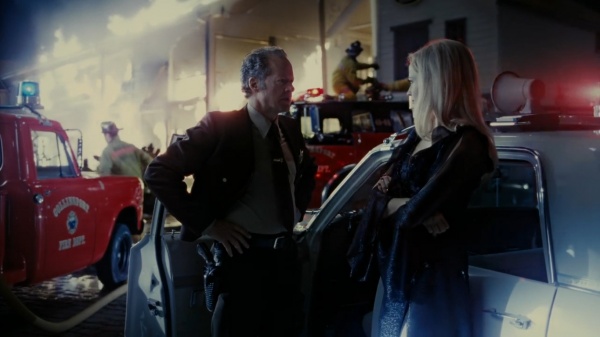 Sheriff carry the revolver in holster. 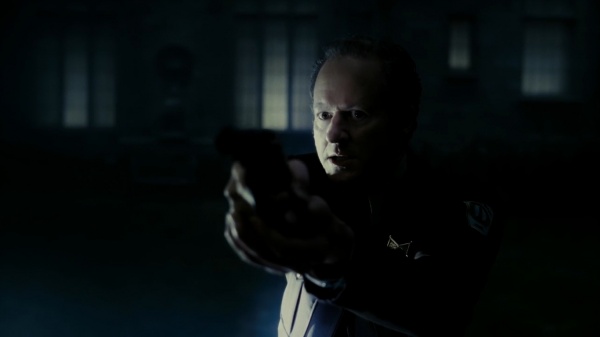 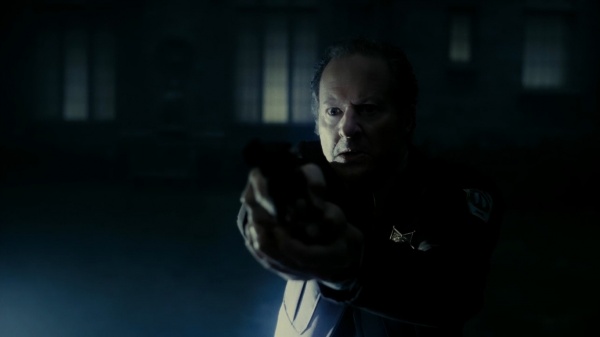 Sheriff holds his revolver after firing it. 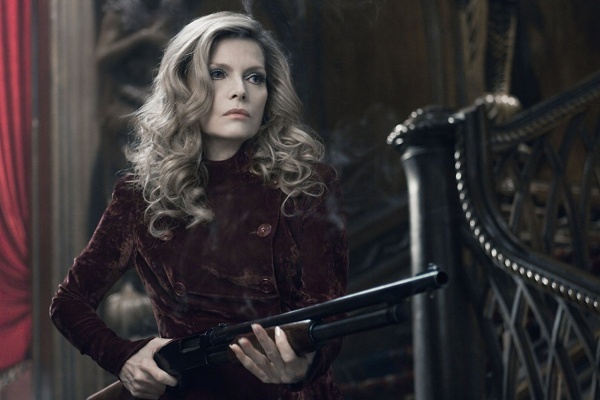 Elizabeth Collins Stoddard with the on the promo shot. 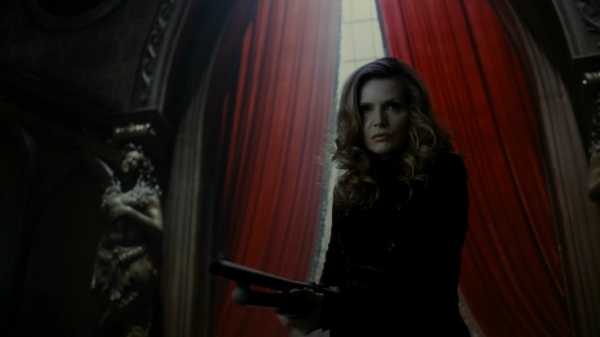 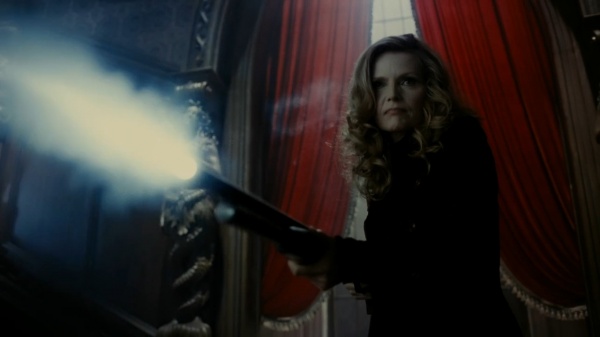 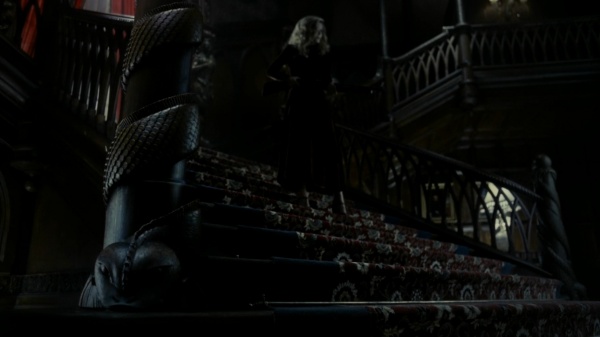 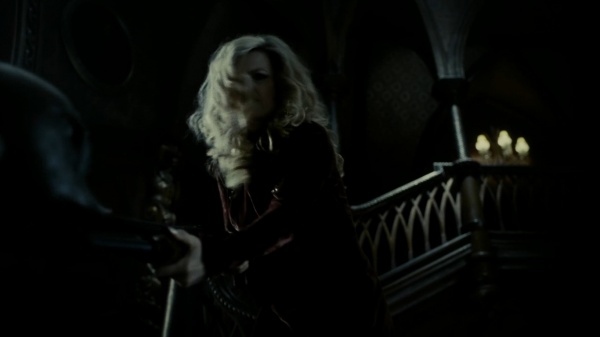 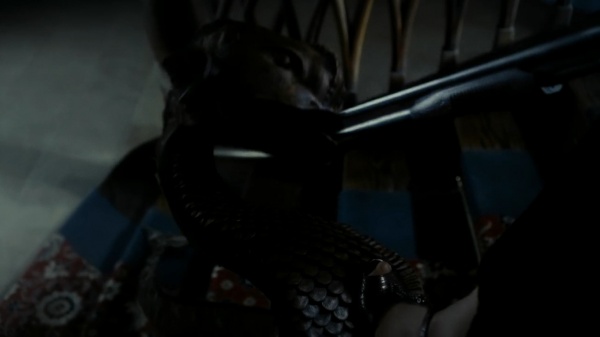 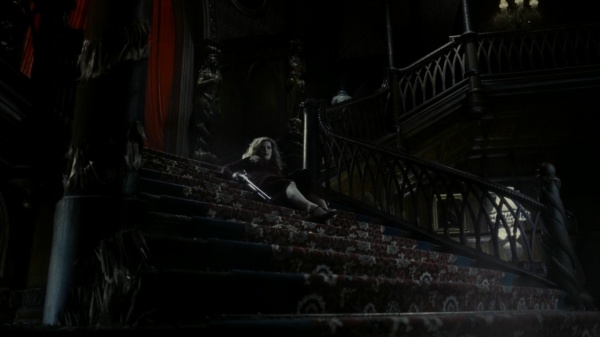 Elizabeth Collins Stoddard aims her shotgun at the monster. 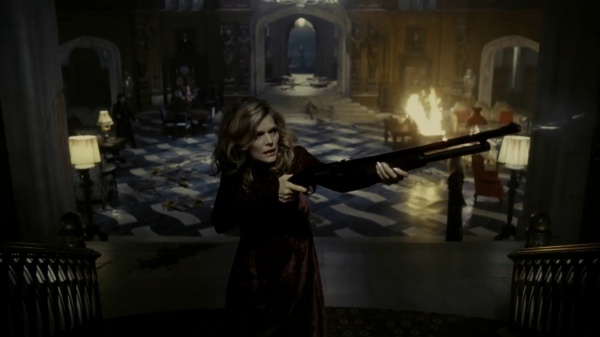 Elizabeth Collins Stoddard holds her shotgun right after firing it.

The Swivel cannon can be seen on the ship, during the prologue from 1760 year. 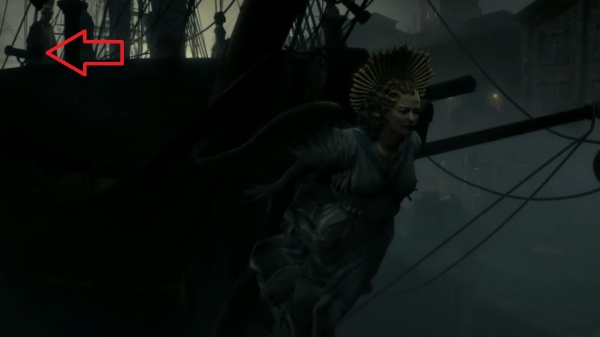 The swivel cannon can be seen at the left (pointed by the arrow).
Retrieved from "https://www.imfdb.org/index.php?title=Dark_Shadows&oldid=1260874"
Categories: