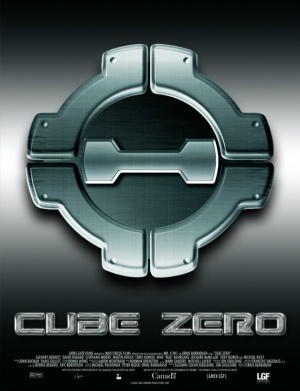 The following weapons were used in the movie Cube Zero:

Government operatives tasked with retrieving "subjects" to be placed in the Cube utilize the Heckler & Koch PSG-1 rifle. The rifles used have been converted into dart rifles that fire a tranquilizer dart. The conversion consists of an apparatus located beneath the handguard that is connected to a hose that travels into the weapon's magazine well. How this system actually operates is never shown. 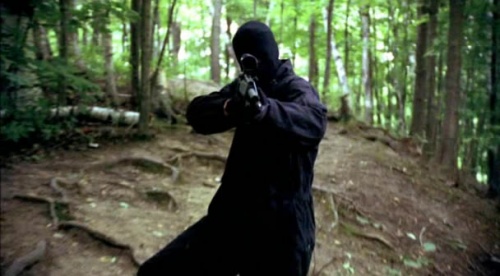 A soldier readies his PSG-1 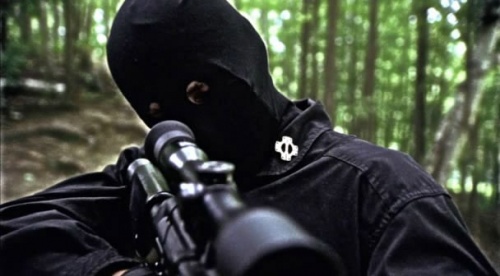 The soldier aims down the PSG-1's scope 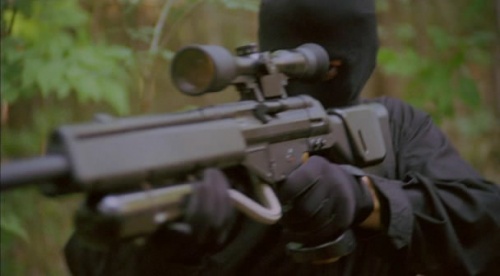 Note the large tank(?) mounted beneath the handguard 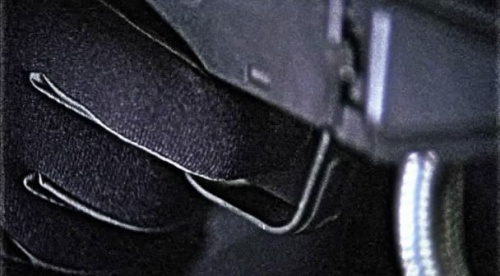 The soldier prepares to fire his rifle. Note the hose that enters the magazine well.

One of the soldiers sent to capture Rains and her daughter has an M4 Carbine slung over his back. 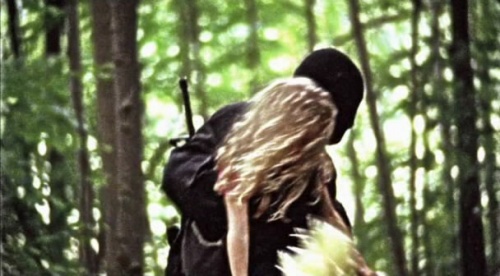