The following weapons were used in the film Contract to Kill:

John Harmon (Steven Seagal) carries a Springfield Armory Mil-Spec M1911A1 as his sidearm throughout the film, seen both suppressed and unsuppressed. 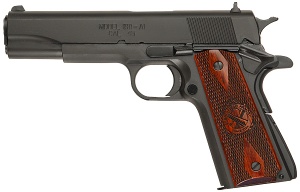 A guard gets his standard Walther P99 knocked out of his hands by John. Zara Hayek (Jemma Dallender) takes a two-tone Walther P99 and shoots another guard. In a continuity error, this gun changes into a Beretta 92FS and back to the Walther when Abdul Rauf (Ghassan Bouz) picks it up and ends up being disarmed by John (Steven Seagal).

Guard's Walther after it's knocked out of his hands. 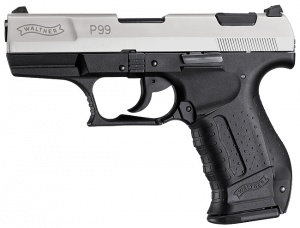 Zara fires the two-tone Walther at another guard.

Abdul picks up the Walther.

John with the pistol after he disarms Abdul.

Several guards carry a Beretta 92FS as their weapon. In a continuity error, this gun changes into a Walther P99 and back to the Beretta when a guard fights Zara in the final fight. Matthew Sharp (Russell Wong) carries a suppressed Beretta 92FS in the near the end of the movie.

The Beretta on the ground. This appeared to be a Walther P99 earlier in the sequence.

A Stechkin APS is pulled by a gunman. 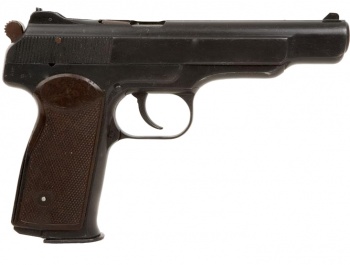 Zara Hayek (Jemma Dallender) briefly carries what appears to be a Heckler & Koch SP89 mocked up as a MP5K fitted with Navy trigger group, ACOG Scope and aftermarket flashhider while waiting for Matthew Sharp (Russell Wong). It appears to be an Umarex MP5K C02 airsoft replica standing in for the real "MP5K". 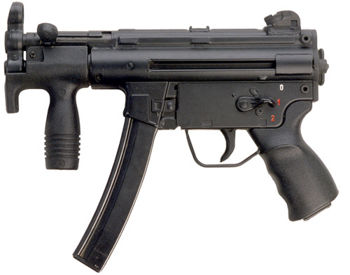 Zara Hayek (Jemma Dallender) loads up her SP89 fitted with ACOG Scope & custom flashhider. Note: the selector has only semi & safety and the paddle-like magazine release is not present.

Zara holds her SP89. Note: the MP5K marking which confirms the "MP5K" is indeed an C02 Umarex MP5K.

What appear to be Sadu ASALT-96 SMGs are used by guards to gun down two men at the beginning of the film. 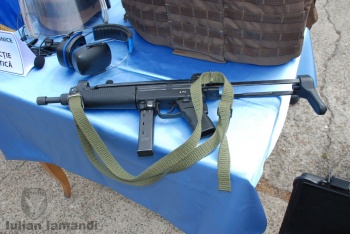 Two guards use their SMGs.

What appears to be an AIMR rifle customized with a magpul handguard, side folding "coat hanger" stock, & a short magazine is used by a bodyguard that opens fire on the Camaro driven by John (Steven Seagal).

The custom rifle is fired by the bodyguard.

A FAMAS G1 is seen mounted on the drone operated by Matthew Sharp (Russell Wong).

The FAMAS on Matthew's drone.

At the film's beginning, John uses a carbine that appears to be a Patriot Ordnance Factory P416. Also used by an operative.

At the film's beginning, John uses a carbine that appears to be a Patriot Ordnance Factory P416.

An operative is armed with the weapon.
Retrieved from "https://www.imfdb.org/index.php?title=Contract_to_Kill&oldid=1338970"
Categories: