Comedian (Czech. Komediant) is a 1984 Czechoslovak war drama, set during the Thirty Years' War and directed by Otakar Vávra.

The following weapons were used in the film Comedian (Komediant):

Commander (uncreduted) of the desertired musketeers and several of his men uses Wheellock Pistols. 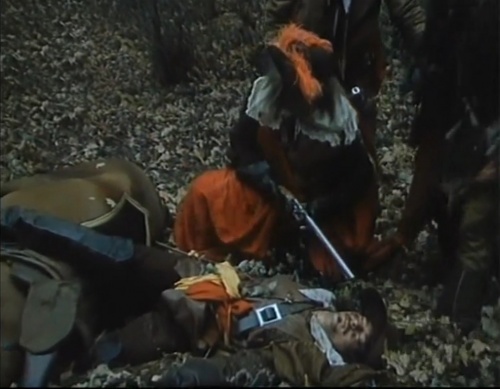 Pistol in the hands of Musketeer's commander. 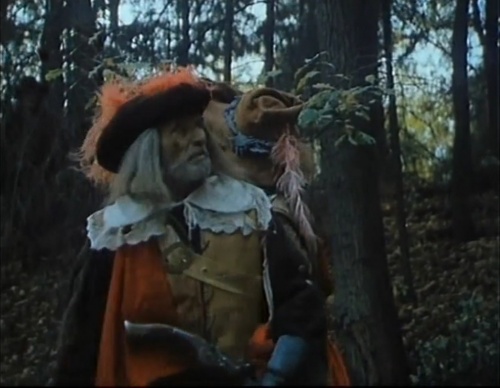 Musketeer's commander with the pistol on his belt. 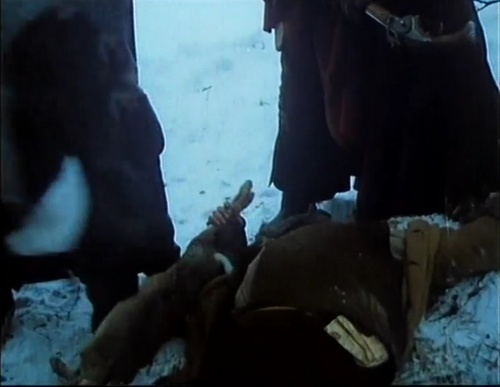 Good view of the pistol.

Matchlock Musket is the standart firearm of the near all desertired musketeers (one of the was played by Ladislav Krivácek). 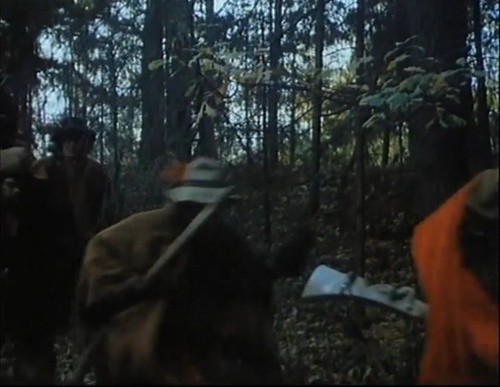 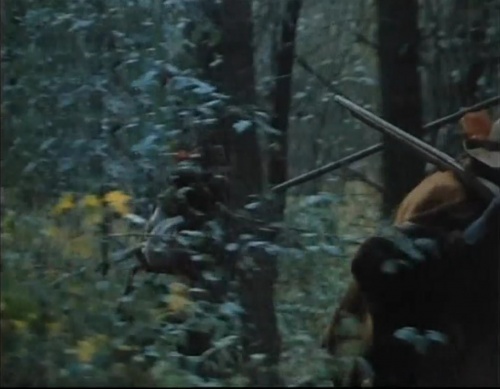 Musketeer with the gun on the shoulder. 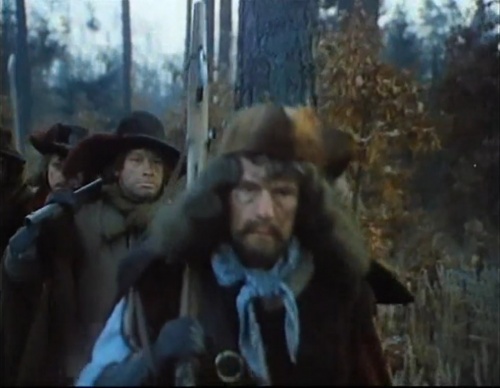 Good view of the trigger guard. 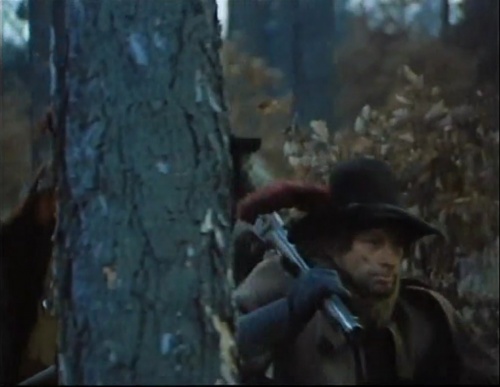 Another view of the matchlock.
Retrieved from "https://www.imfdb.org/index.php?title=Comedian_(Komediant)&oldid=1096106"
Categories: