Colonel Shalygin's Waiting (Ozhidanie polkovnika Shalygina') is a Soviet 1981 war movie directed by Timur Zoloyev. The story takes place in summer 1944 on Soviet-German front. A small group of Soviet soldiers is sent with a mission to escort a Soviet intelligence agent from the German rear. But everything goes wrong, and only one of the group, Pvt. Belov (Boris Galkin) has to continue the mission. 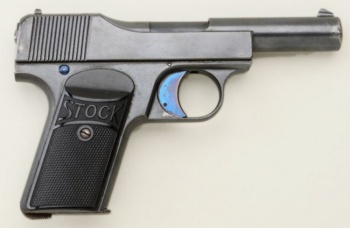 A Franz Stock pistol - 7.65 mm Browning (.32 ACP). This pistol was manufactured by German company Franz Stock in 1920s. It received some notoriety as a sporting pistol. 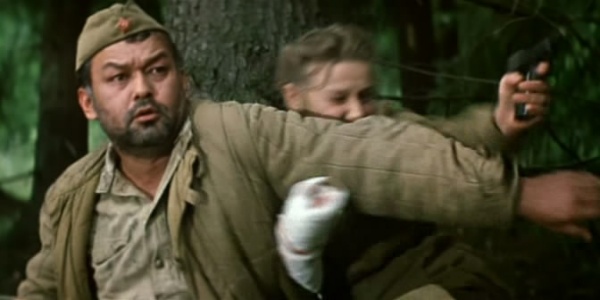 Yulia draws her pistol. A grip can be seen. 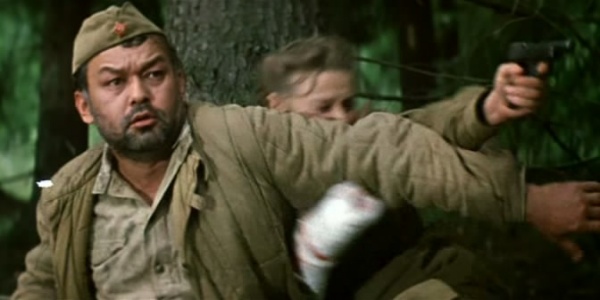 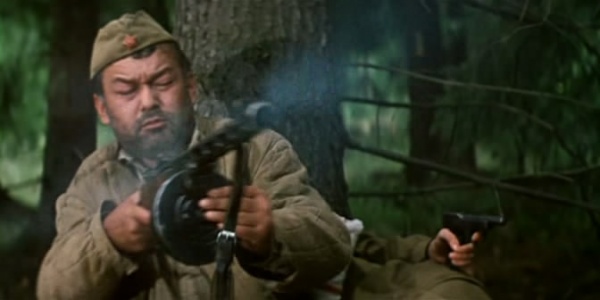 Yulia holds her pistol at the background. Next to her Pvt. Shamsiyev (Yakhye Faizulayev) fires his PPSh-41. 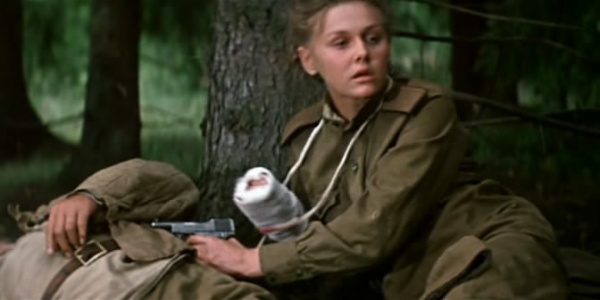 Yulia's pistol is seen from the other side.

Most Soviet soldiers are armed with PPSh-41 SMGs with drum magazines. 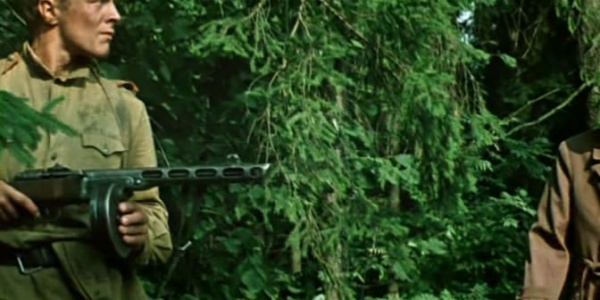 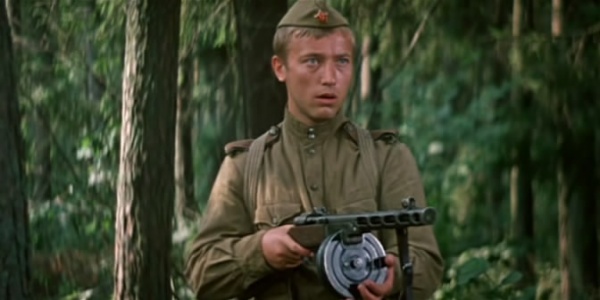 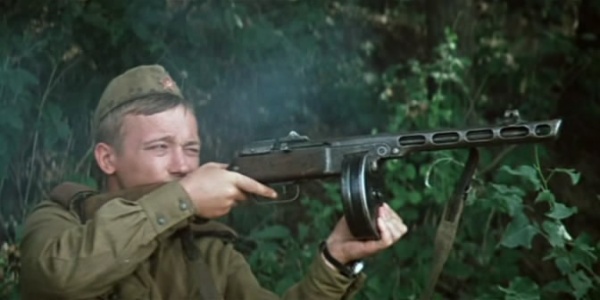 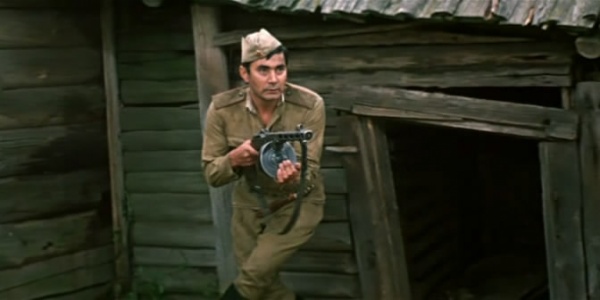 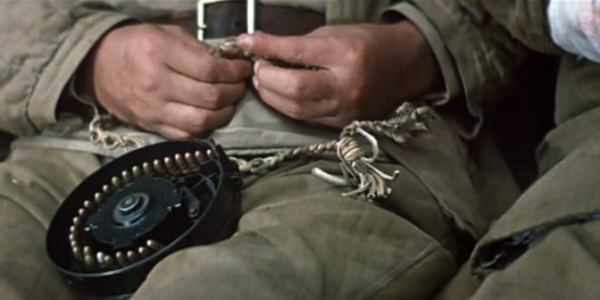 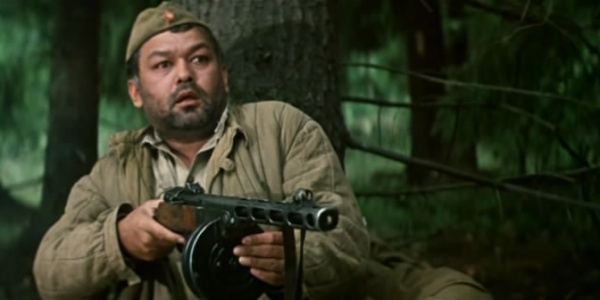 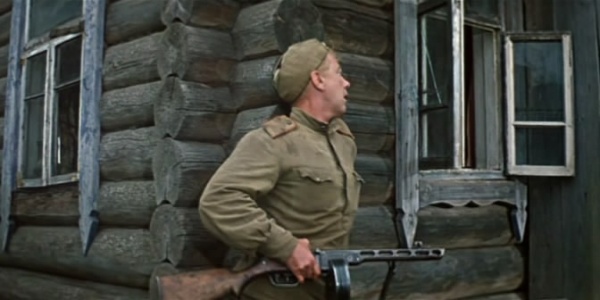 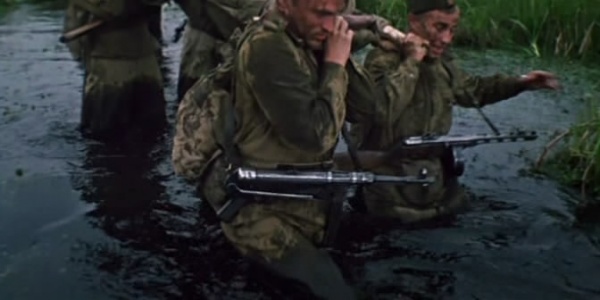 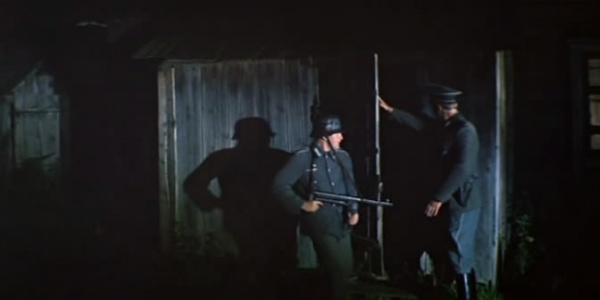 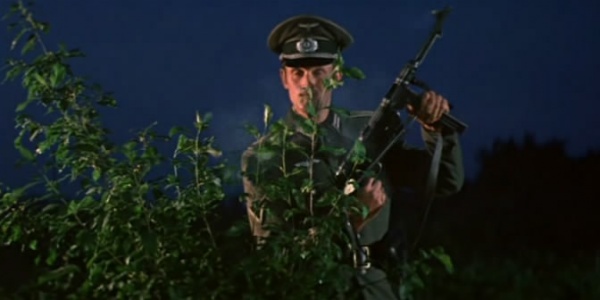 A German officer (Janis Paukštello) fires MP40 (this SMG can be an MP38 but not for sure). 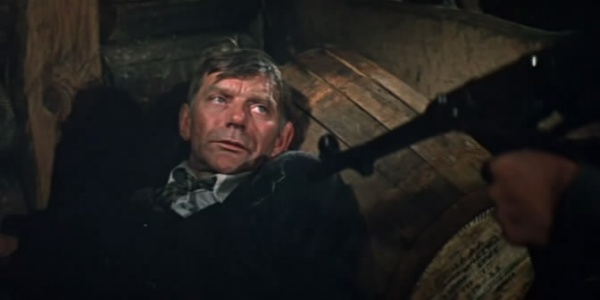 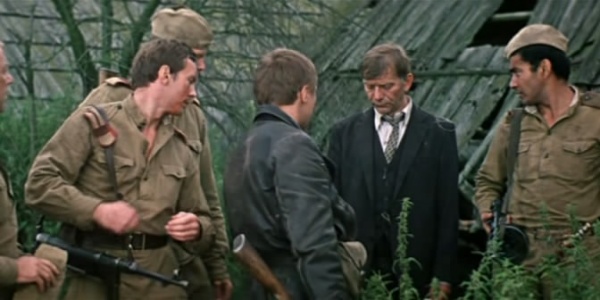