Cold Fear is a 2005 survival horror third-person shooter video game developed by Darkworks and published by Ubisoft for PlayStation 2, Xbox, and Microsoft Windows. The game is centered on Tom Hansen, a member of the United States Coast Guard, who comes to the aid of a Russian whaler in the Bering Strait and finds a mysterious virus has turned the crew into zombie-like creatures. Discovering the involvement of both the Russian mafia and the CIA, Hansen sets out to ensure the virus doesn't reach land. Cold Fear was met with mixed reviews, with many critics comparing it unfavorably to Resident Evil 4.

The following weapons appear in the video game Cold Fear:

The standard weapon used by the US Coast Guard and Russians is a two-tone M1911A1 pistol with a 7-round capacity, laser sight, and weaponlight. In real life, at the time of the game's release, the US Coast Guard used the Beretta M9 as standard-issue. 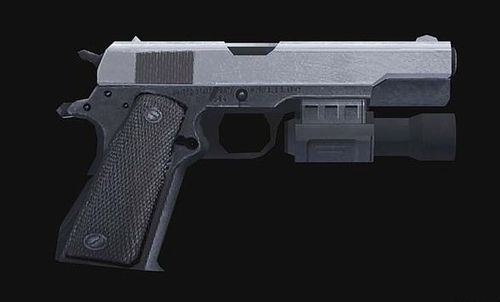 Render of the in-game model. 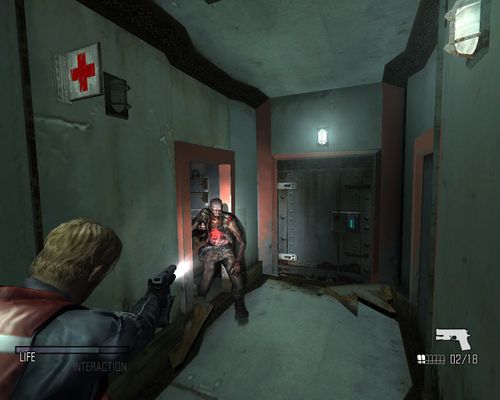 Hansen aims his 1911, showing off the combined laser and weaponlight. 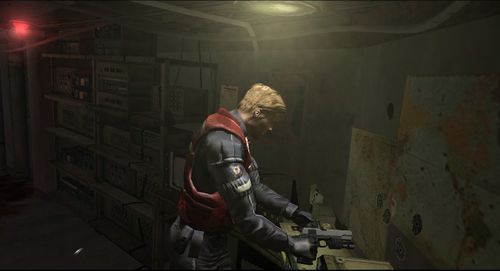 Hansen tries to use the radio to keep in touch, his 1911 still in-hand.

In some cutscenes, Hansen's M1911A1 changes into a more correct Beretta 92FS fitted with a weaponlight and guide rod laser sight.

Hansen investigates a strange device with his Beretta.

Aiming the Beretta at a threat.

The MP5A3 has an incorrect 25-round capacity. The electronic manual claims that this is the Navy-updated variant of the MP5, but it does not have the Navy receiver. The MP5 is modeled with a shorter handguard, and has a laser sight mounted above the barrel. 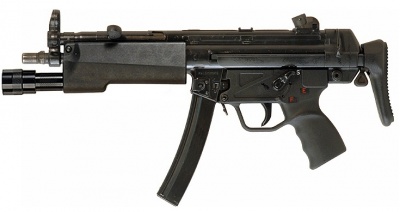 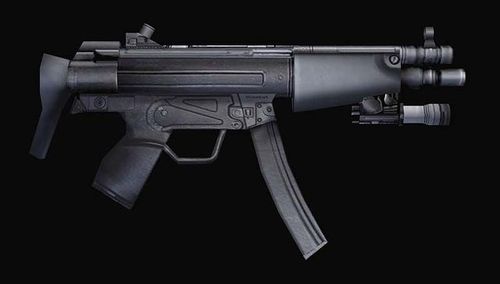 Render of the MP5A3 showing the original-style receiver and lack of an ambidextrous selector. 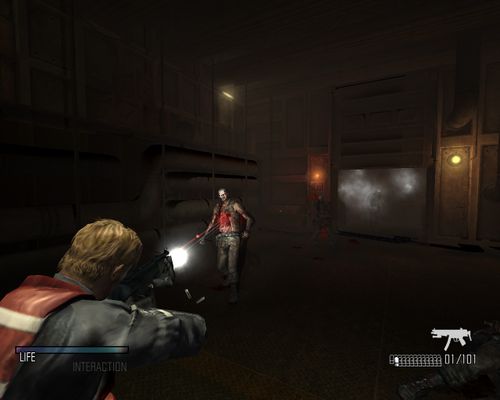 The AK-47 (or Automat Kalashnikova, Model 1947 as the manual calls it) is the first automatic weapon Hansen can acquire in the game. It is equipped with a laser sight which the player can use to aim, although the laser sight as an attachment isn't rendered in-game in the weapon's model.

Render of the AK, showing the lack of a laser sight. 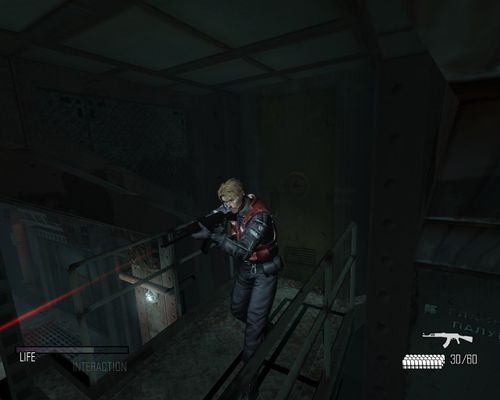 This does nothing to prevent a laser from emitting from the weapon for Hansen's benefit, as he demonstrates while posing with the weapon at his shoulder.

Referred to as the XM1014 in the manual (simply "Shotgun" in the game), the Benelli M4 appears with a high-capacity tubular magazine. It is incorrectly shown to be a pump-action shotgun, even though the manual correctly notes that it is semi-automatic.

Render of the Benelli M4. 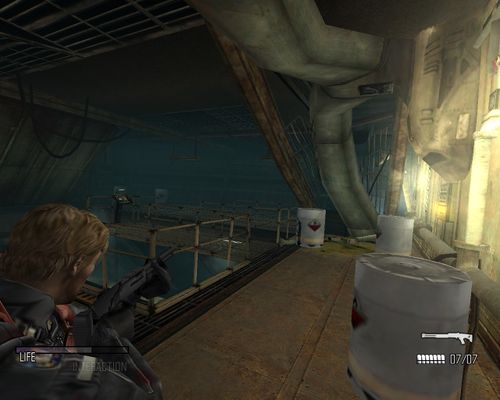 Aiming with the M4, one of the few guns to do so without a laser.

The most powerful weapon in the game is an M79 grenade launcher with a sawed-off stock and barrel, and missing ladder sight. It is depicted to be a powerful pistol, and can fire five grenades before it must be reloaded. The grenades it fires will always blow up after a short delay. The game refers to it as "M39" - this could be a typo as in the manual it is referred to as "M79". 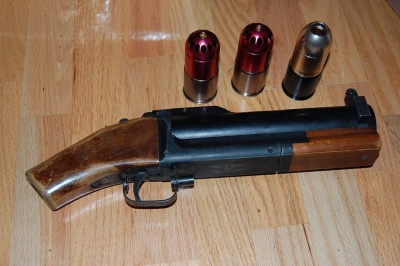 Render of the sawed-off M79. 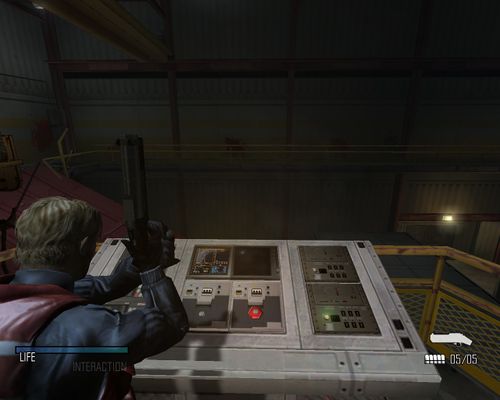 Hansen holds the M79 high as he tries to aim with a control console in the way.
Retrieved from "https://www.imfdb.org/index.php?title=Cold_Fear&oldid=1408158"
Categories: