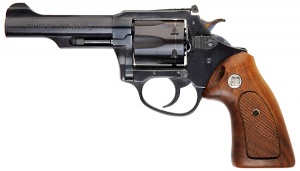 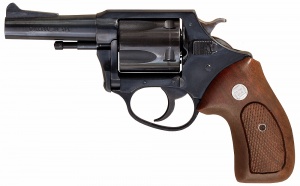 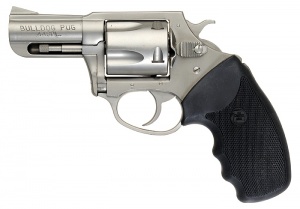 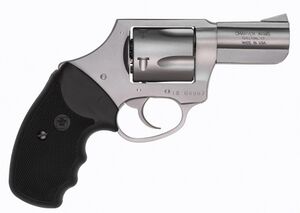 The Charter Arms Bulldog was a no frills, inexpensive revolver first sold in 1973. The Bulldog was relatively lightweight and compact, which made it popular as a backup revolver. Police detectives in the 1970s and 80s used it in waist and ankle holsters, and it was designed to fire the more powerful .44 Special and .357 Magnum rounds. The .44 Special Bulldog revolver gained notoriety after it was used by Son of Sam serial killer David Berkowitz in his murder spree.

Capacity: 5 or 6-round cylinder

The Charter Arms Bulldog and variants can be seen in the following films, television series, video games, and anime used by the following actors: