Cavalcade is a 1933 movie directed by Frank Lloyd that is about the life of a wealthy London family between New Year's Eve 1899 and New Year's Day 1933. The drama is based on the play of the same name by Noël Coward and was produced by Fox Film Corporation. The film won three Academy Awards at the 1934 Academy Awards, including in the categories "Best Picture" and "Best Director". The events that affect the family are the Second Boer War, the death of Queen Victoria, the sinking of the Titanic, and the First World War.

The following weapons were used in the film Cavalcade: 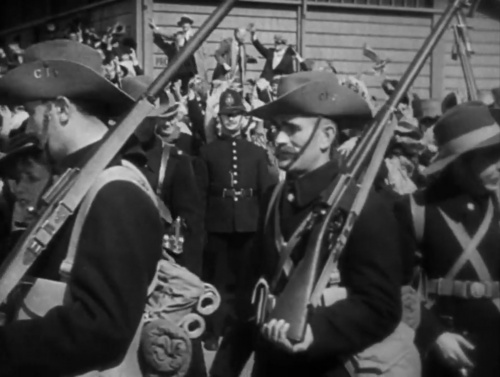 Soldiers marching onboard a ship. 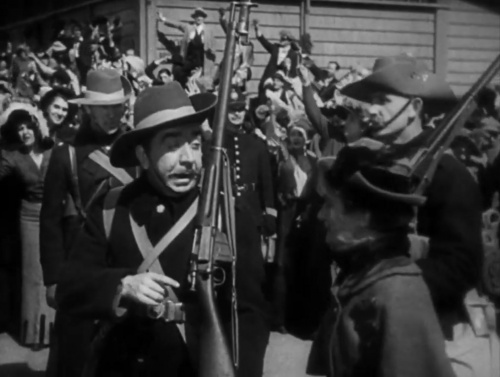 Alfred says goodbye to his wife Ellen which offers a view of the attached box magazine. 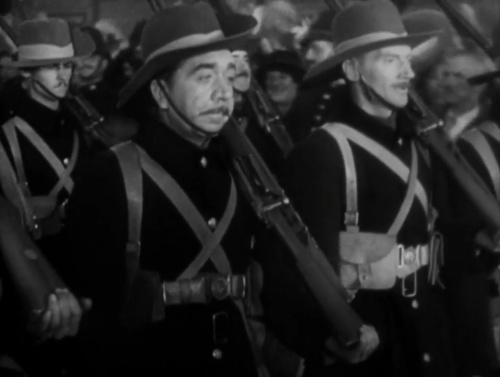 The CIV corps parades in the streets of London after returning from the Siege of Mafeking. 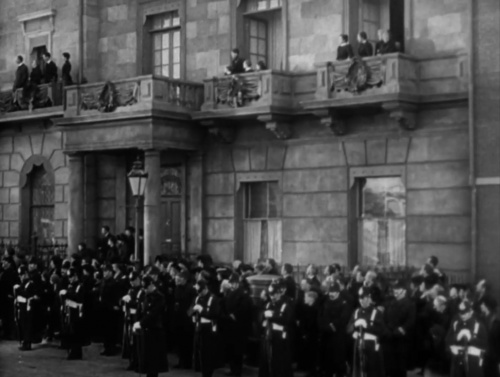 London Police forces stand in formation during the funeral of Queen Victoria in 1901.

At least one British soldier is seen marching with a German Gewehr 98 which also has the attached box magazine. 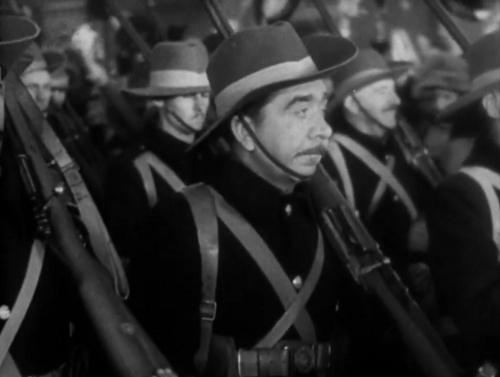 The Mauser is seen on the left.

The Great War is portrayed as a movie montage that includes marching British soldiers wielding Lee-Enfield No.1 Mk.III rifles. 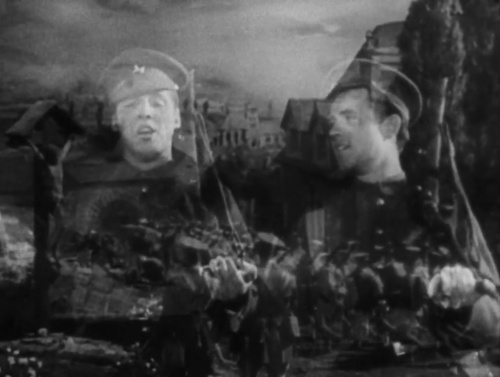 Young euphoric soldiers with their SMLEs in 1914. 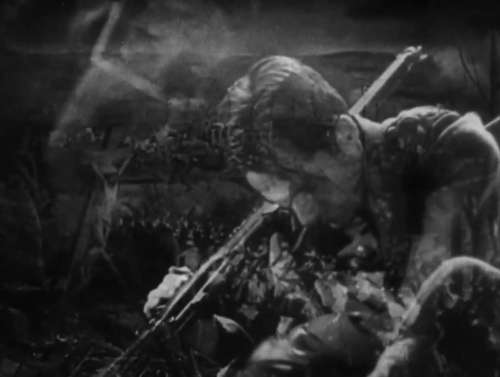 Another view of one SMLE in a 1916 sequence. 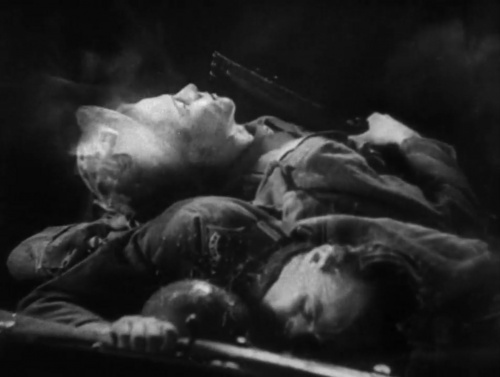 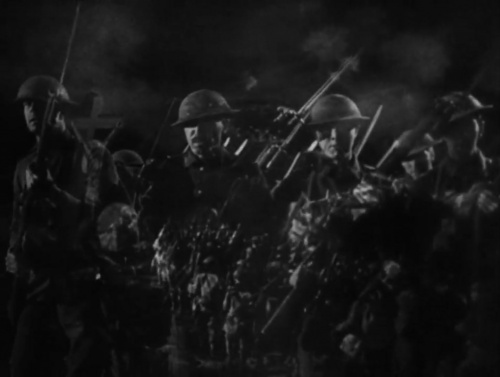 A column in 1918 charging with SMLEs with fixed P07 bayonets. 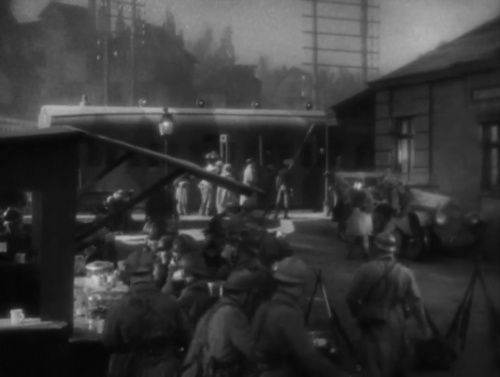 Several Berthiers are seen stuck together. One French soldier is seen patrolling with his Berthier with fixed Rosalie vayonet.
Retrieved from "https://www.imfdb.org/index.php?title=Cavalcade&oldid=1466306"
Categories: