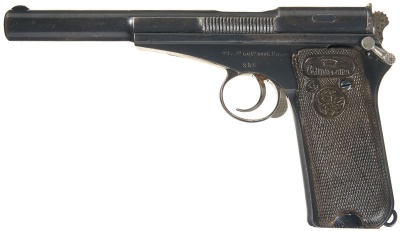 The Campo Giro is Spanish semi-auto pistol, named after its designer Colonel Campo-Giro. It is the forerunner of the Astra 300/400/600 pistol series. The pistol was designed between 1904-1911 and put into service by the Spanish Army in 1912. A year later, it was replaced by the improved Model 1913. In 1916, one more version appeared, known as the Model 1913-16. About 15,000 pistols of all versions were manufactured.

The Campo Giro and variants can be seen in the following films, television series, video games, and anime used by the following actors: