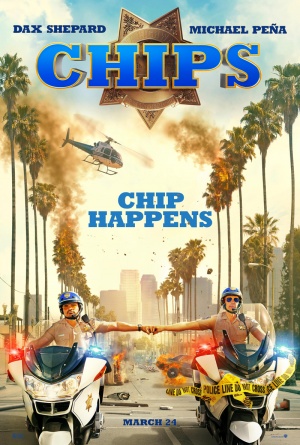 CHiPs is the 2017 feature film comedy adaptation of the 1977 television series. The film stars Michael Peña as a former FBI agent who infiltrates the ranks of the California Highway Patrol under the name "Frank Poncherello" in order to root out corruption. He then is paired with former motocross rider turned officer Jon Baker (Dax Shepard, who also directed the film) trying to save his new job and his marriage.

The following weapons were used in the film CHIPS (2017): 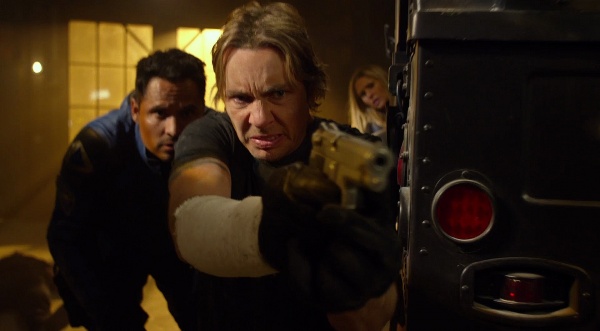 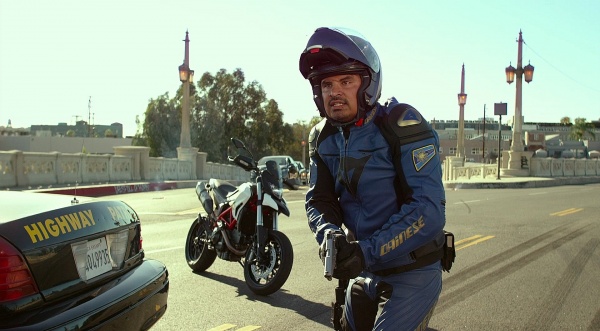 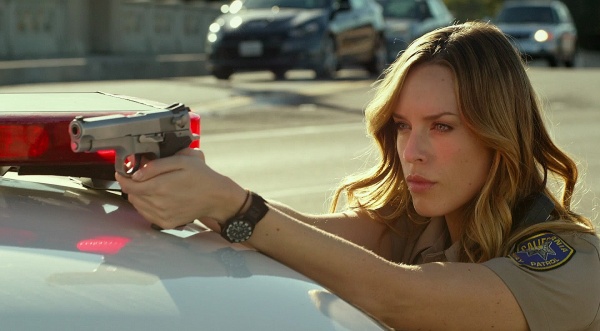 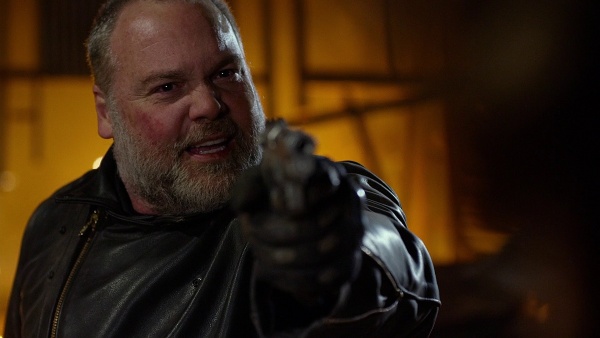 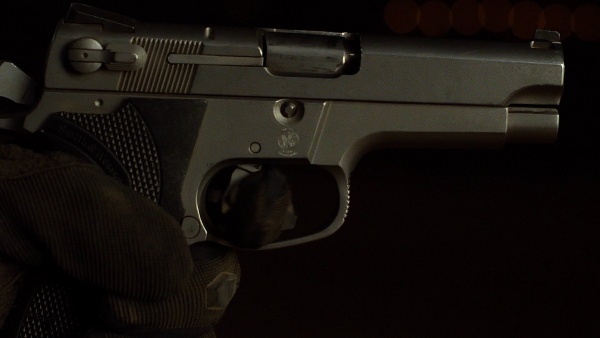 A SIG-Sauer P226R is pulled by FBI Special Agent Castillo (Michael Peña) during an undercover operation. A similar pistol is seen in the hands of Shamus (Adam Rodriguez). 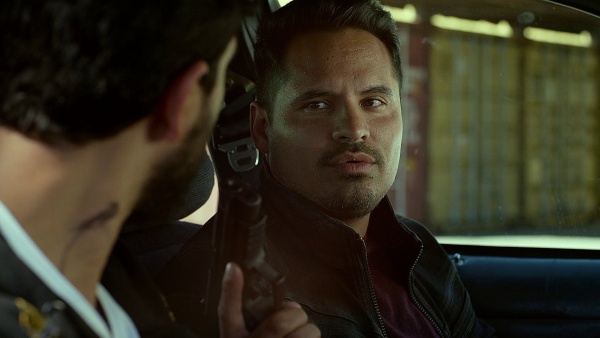 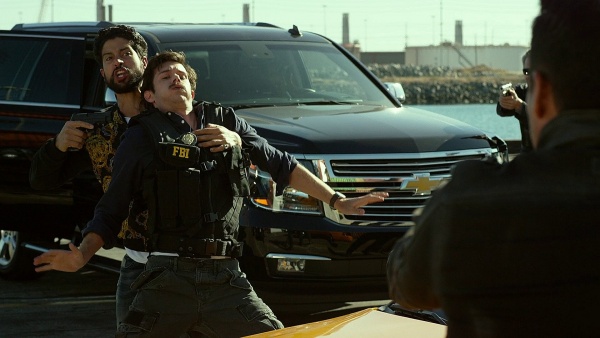 A SIG-Sauer P226R is seen in the hands of Shamus (Adam Rodriguez).

A Colt Anaconda is also used in the film. 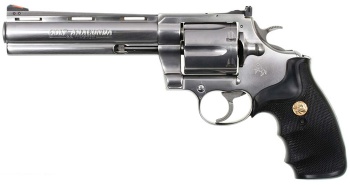 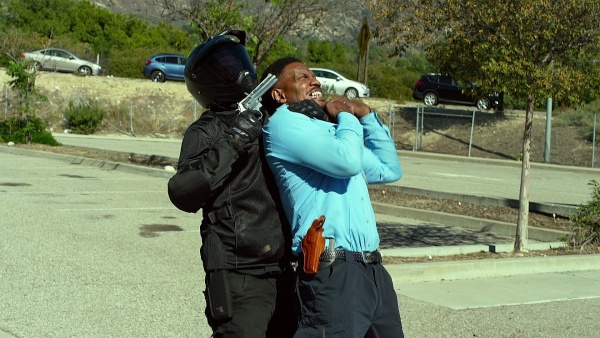 The robber holds the revolver. 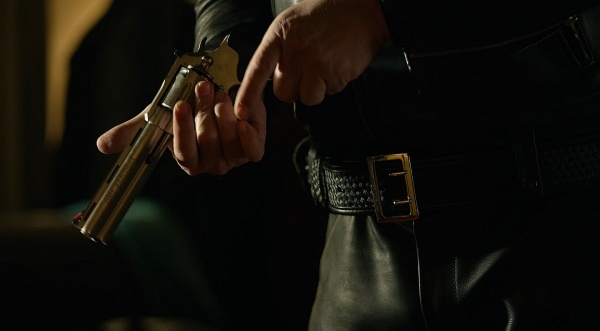 Closeup of the Colt revolver.

The Heckler & Koch MP5K is used by armored car robbers. 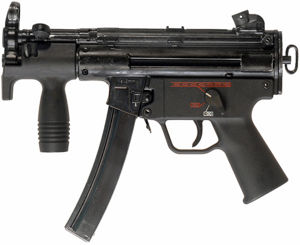 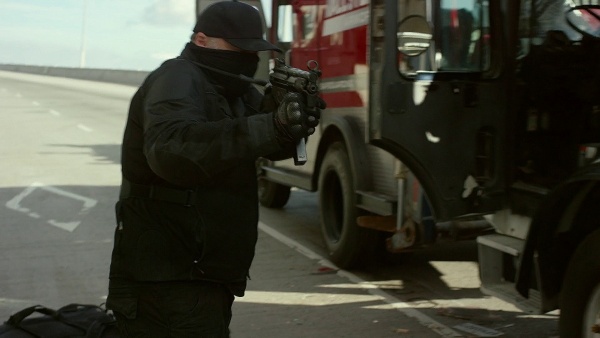 The MP5K is used by a robber.

The M4A1 Carbine is seen used by Officer Ava Perez (Rosa Salazar). The weapon is fitted with a Magpul MBUS rear sight (which is left folded down) and no optic. 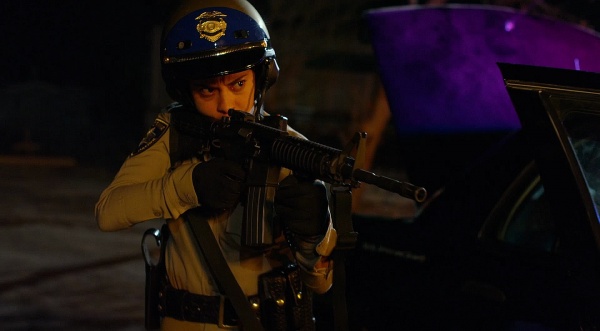 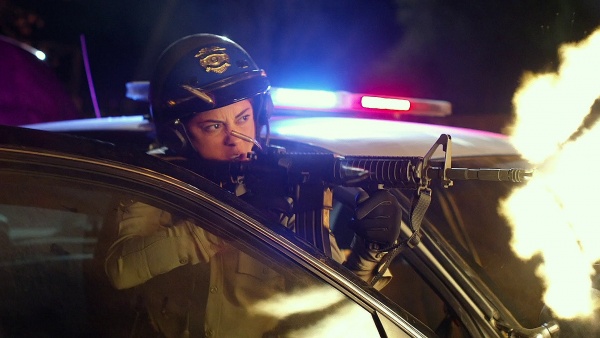