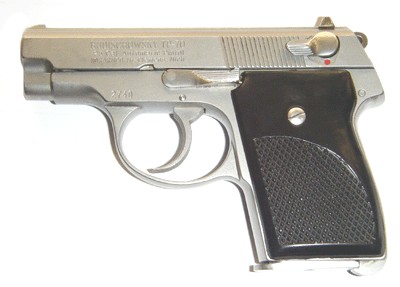 The Budischowsky TP-70 is a small DA/SA pocket pistol designed by German designer Edgar Budischowsky chambered in both .25 ACP and .22 LR. After the original company went out of business, a rougher version of the gun was manufactured by Norton.

The Budischowsky/Norton TP-70 and variants can be seen in the following films, television series, video games, and anime used by the following actors: