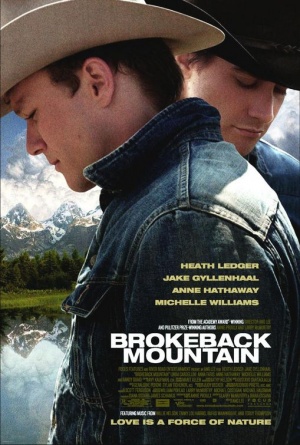 Brokeback Mountain is a 2005 western directed by Ang Lee starring Heath Ledger and Jake Gyllenhaal. The film won the Academy Awards for Best Director, Best Adapted Screenplay and Best Original Score at the 78th Academy Awards, and was a heavy favorite to win Best Picture as well, but lost to Crash, in what is now considered one of the biggest upsets in Oscar history.

The following weapons were used in the film Brokeback Mountain:

Ennis Del Mar (Heath Ledger) and Jack Twist (Jake Gyllenhaal) both carry the Winchester Model 1894 rifle when working on Brokeback Mountain. Their boss, Joe Aguirre (Randy Quaid) refers to it as a ".30-30." 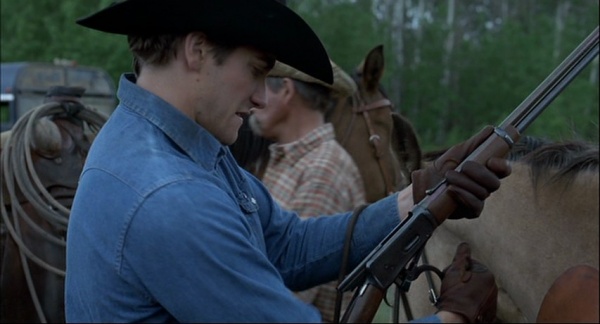 Jack tests the action of the Winchester. 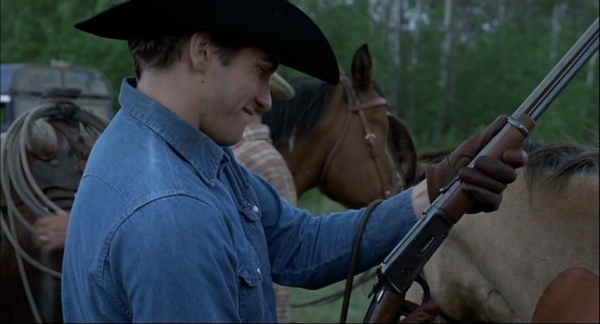 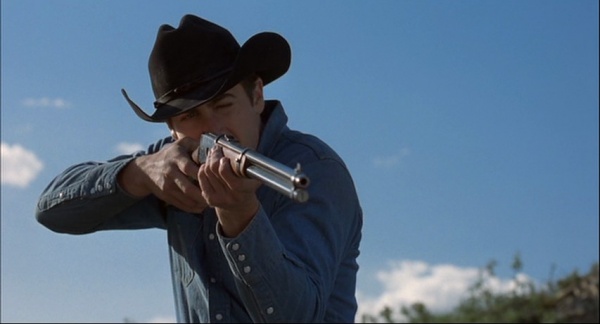 Jack takes aim at a coyote. 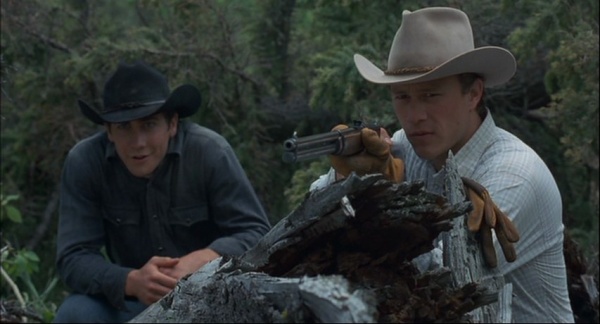 Ennis with the Winchester. 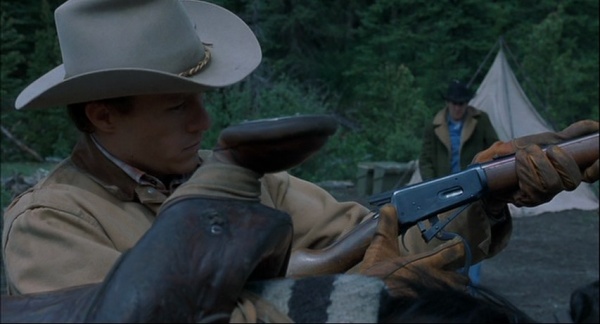 An unknown rifle hangs on a gun-rack in Jack's childhood room. There's not enough detail for a proper ID. 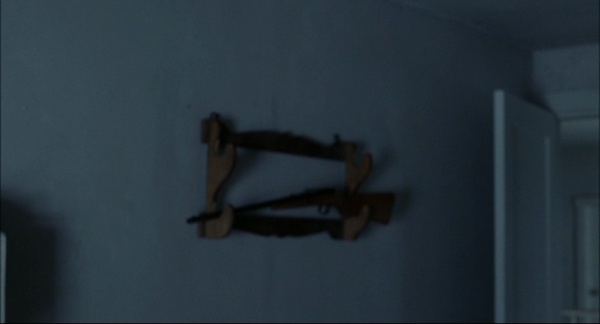