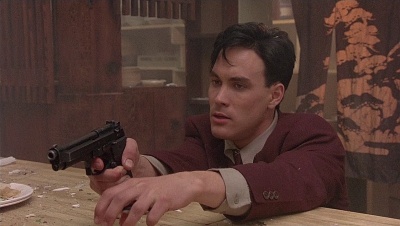 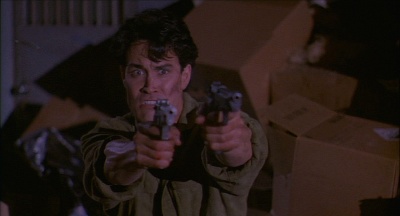 Brandon Lee firing a Beretta 92F and a Smith & Wesson 659 as Jake Lo in Rapid Fire.

Brandon Lee (1965-1993) was an American actor and fight choreographer who was the son of martial artist screen legend Bruce Lee. His star was on the rise when his life was tragically cut short by a firearms accident on the set of The Crow in 1993.