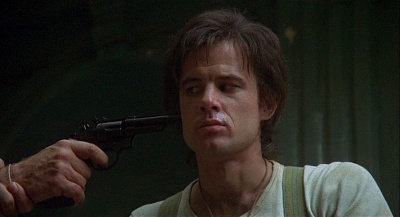 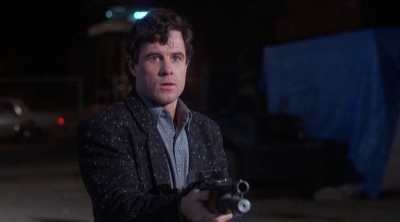 Brad Davis as Johnny Modine with a Remington 870 shotgun in Cold Steel (1987).

Brad Davis (1949-1991) was an American actor perhaps best known for his portrayal of Billy Hayes in the 1978 film Midnight Express. He passed away in September of 1991 from complications from HIV, a condition he had kept secret from the public for nearly six years.