Boris Godunov (Russian Борис Годунов, German and Polish Boris Godunow) is the 1986 Soviet-Polish-German-Czech two part movie, based on the novel of Alexander Pushkin and directed by Sergei Bondarchuk, who also plaed the main role. The story tooked place at the beggining of Time of Troubles.

The following weapons were used in the film Boris Godunov: 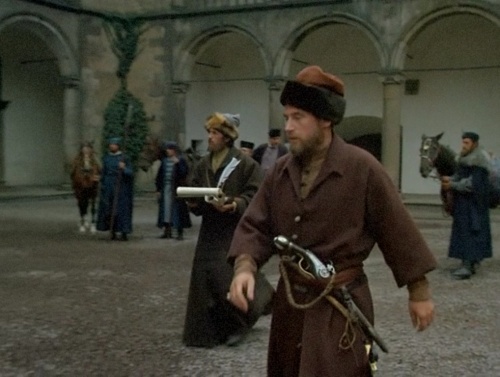 Gavrila Pushkin with the wheellock pistol, tiked on the belt. It's seems, that's genuine pistol. 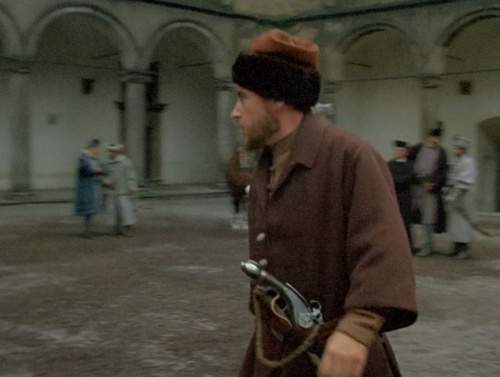 The dog and wheel is seen. 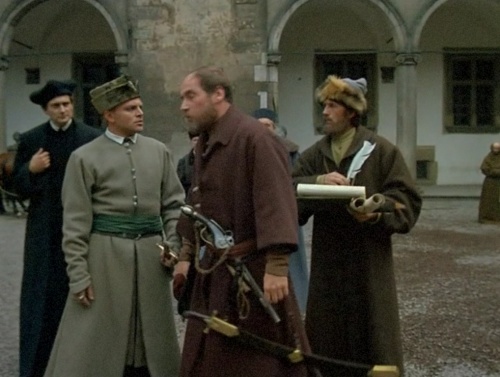 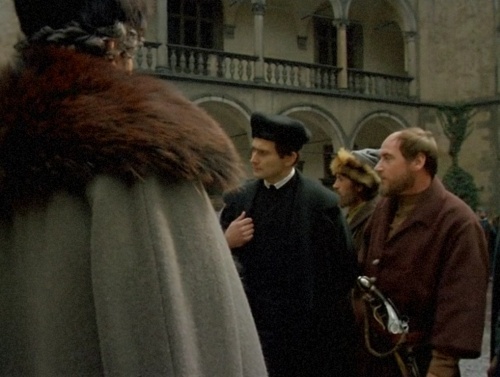 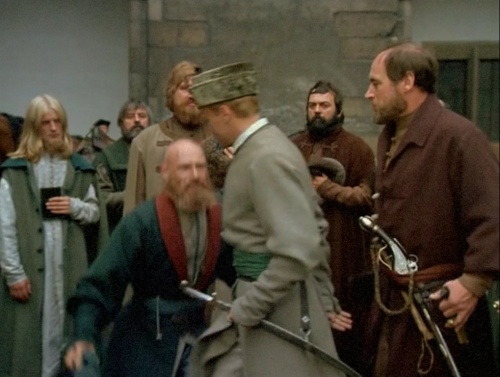 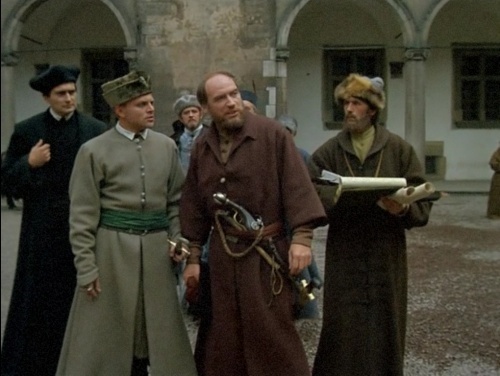 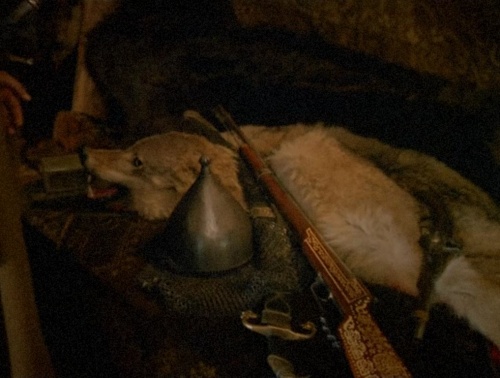 Pistol (at the right) in the Pyotr Basmanov's camp. While the shot is little blured, the wheel and dog is seen.

German mercenaries were armed with the heavy anachronistic Charleville Muskets. 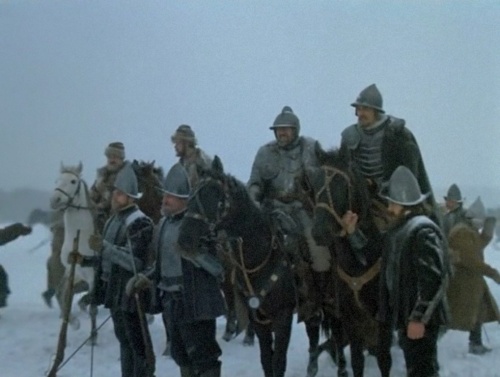 Musket at the right is seems to be Charleville. Note the muzzle shape and barrel bands numer and position. 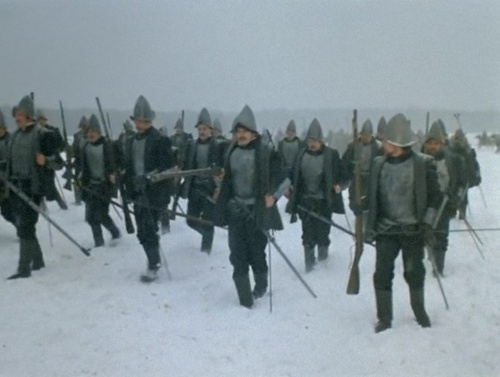 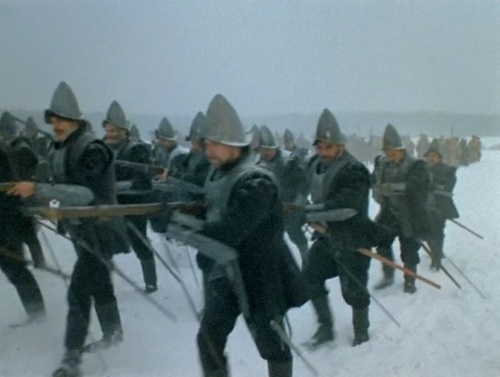 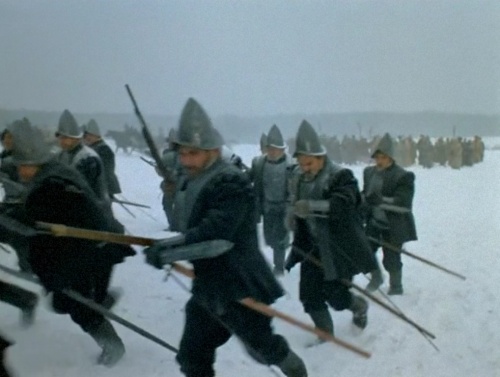 Mercenary at the center holds Charleville musket. Note the typical muzzle shape and clamping for the sling an the first barrel band. Mercenary at the background holds carbine.

The musket can be seen on the ground after battle. Due the stock shape and frizzen it's could be ID as Doglock Musket.

Crafted in the Swedish style, this was the first dog lock style or "English lock" introduced into English forces and was used in the English Civil War. 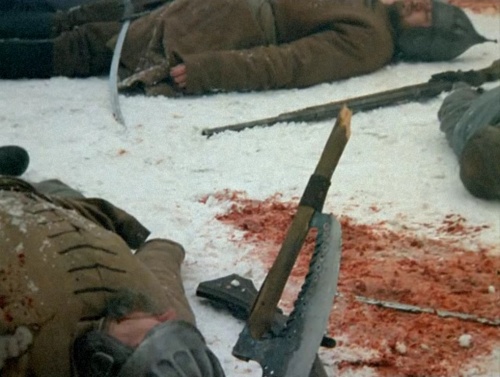 While the musket (at the bottom) is seen only partly, the stock shape and frizzen are typicaly for Doglock. The carbine is seen at the top.

German mercenary at the left hold carbine. Note the single barrel band and the leight of the barrel. 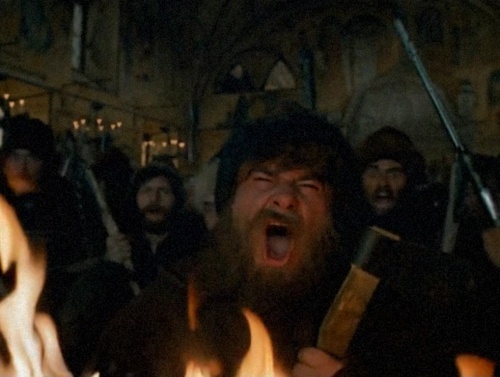 Conspirators with the different weapons, include carbines 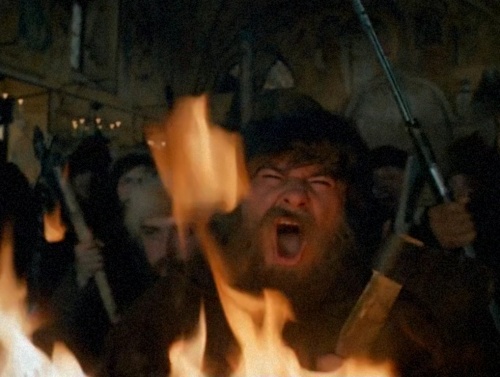 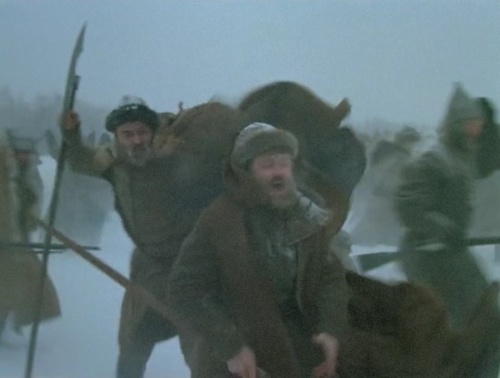 Soldier at the far left carry the carbine, While it's seen only partly , the barrel leight and ramrod leght and position are similar to another similar guns. 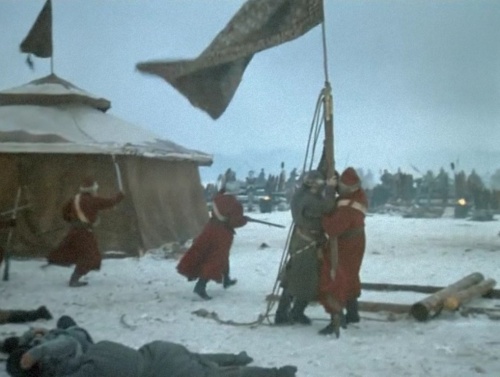 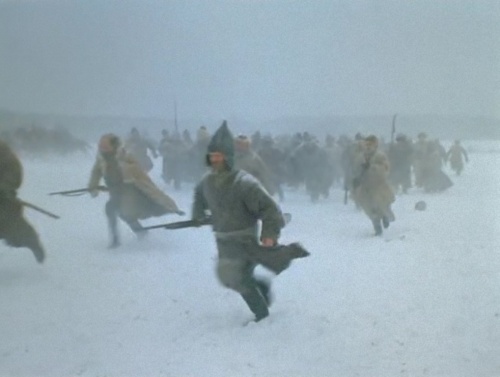 Russian soldier at the center with the carbine. 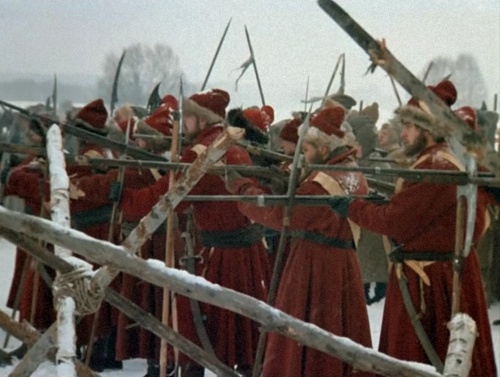 Due hammer shape of the carbine at center this guns could be ID as percussions. 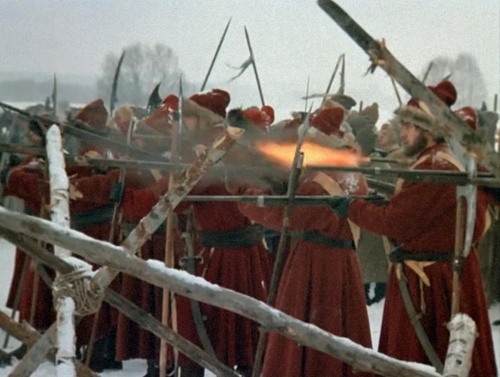 Russian soldiers fires. Note the lack of the flash from the blasting aperture, typical for flintlock, matchlock and wheellock guns. 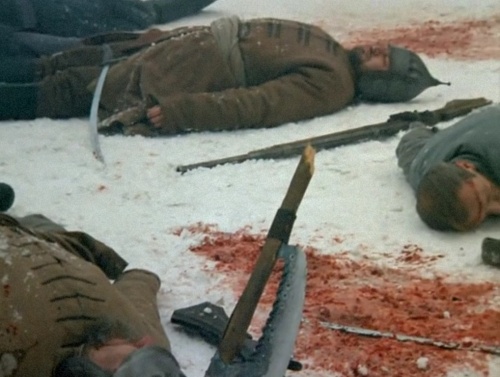 The carbine at the top. Note the single barrel band and barrel's leight.

Rifle at the center, above the carbine.

The musket can be seen in the Pyotr Basmanov's camp. The trigger guard shape and general outlook of it are similar to early wheellock arquebuss, while the dog isn't seen. It's seems, that's this part of the lock was broken or hidden under the furry coat. 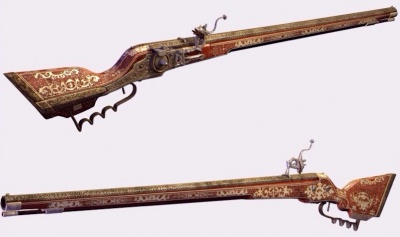 Arquebus (PL arkebuz) is an early muzzle-loaded firearm used in the 15th to 17th centuries.

Russian soldiers fires cannons. All of it's are most modern models, that's didn't exist at the early 17th century. 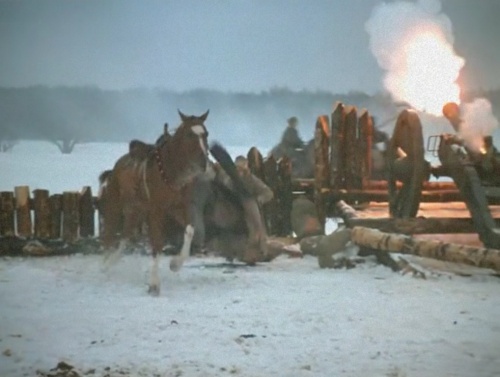 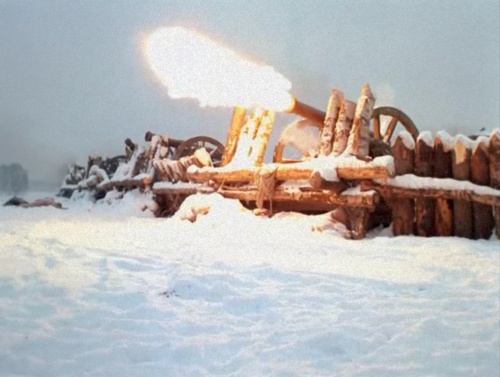 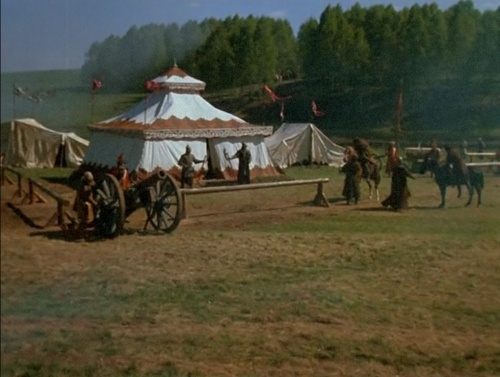 Cannon is seen at the Pyotr Basmanov's camp. 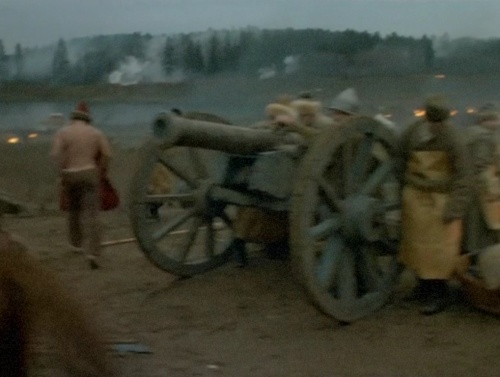