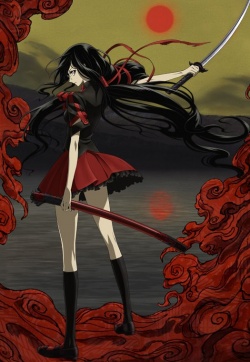 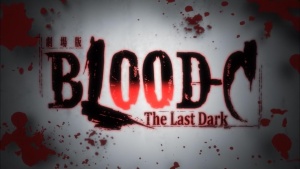 The following weapons can be seen in the anime Blood-C and in the movie Blood-C: The Last Dark:

(Movie) In saya’s dream, Fumito is pointing the Beretta 92FS Inox at her. It is un-clear if it is a inox or just a blued one, but maybe it was shadowing. I would think it is an inox just as it was used in the previous “blood-c series”. 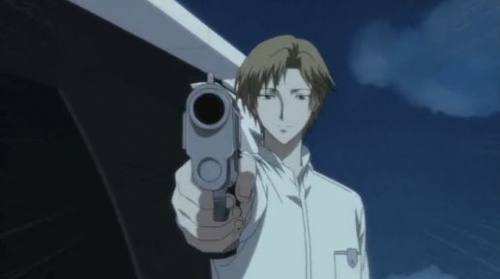 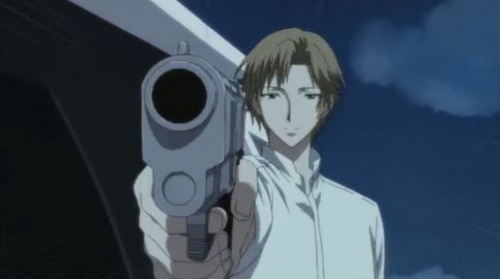 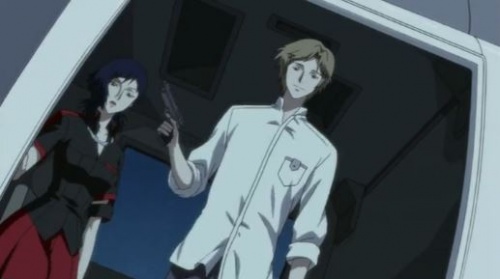 Fumito seen holding the Beretta 92FS Inox in the helicopter. 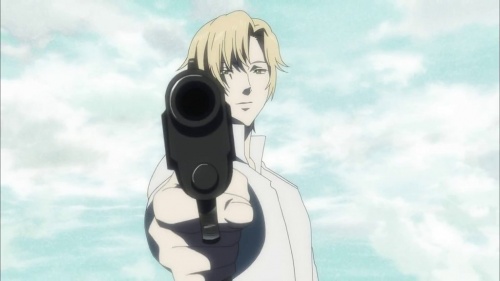 (Movie) The pistol is not clear enough to identify, we only see the muzzle of the gun and only showing a gold color. 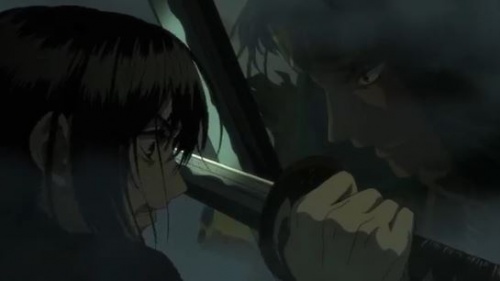 Saya notices the muzzle of the gun. 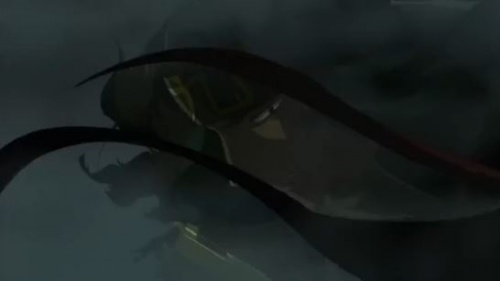 Saya dodges before the gun could fire at her. 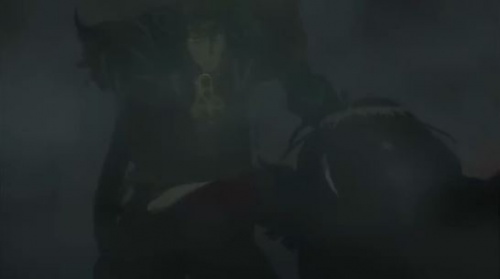 Only seeing the very little of the gun.

(Movie) Fumito’s men are armed with FN P90, equipped with laser mounts and a bit of a longer barrel. 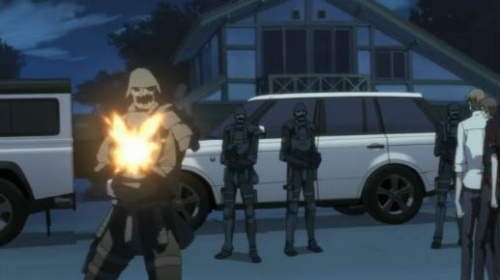 One of Fumito’s henchmen is gunning down Saya. 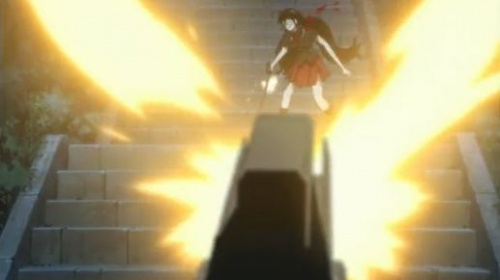 Seeing Fumito’s henchmen shooting down Saya, in a first-person view. 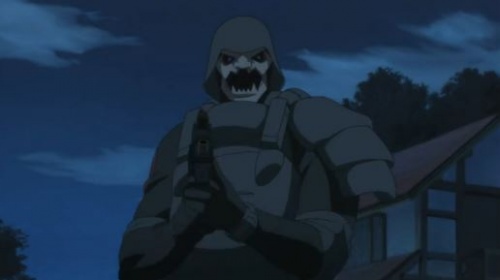 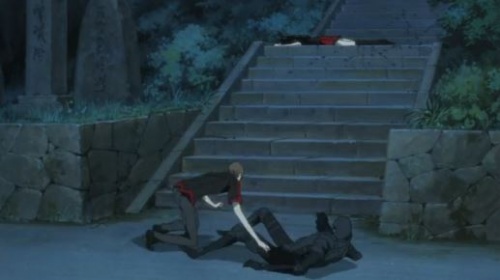 Fumito’s henchmen is pushed down by Itsuki. 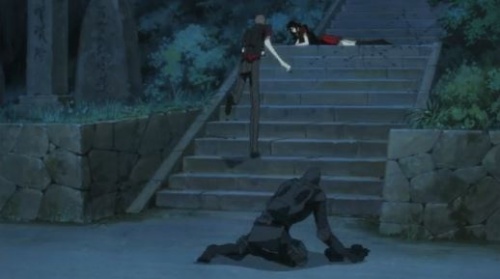 Fumito’s henchmen gets up with the FN P90. 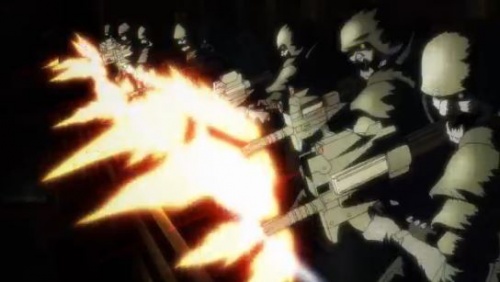 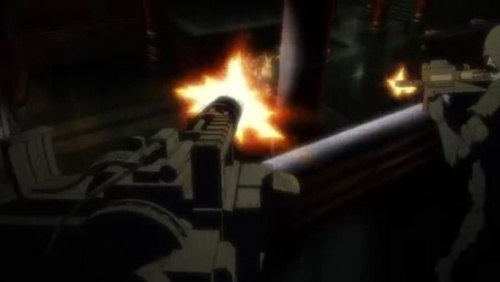 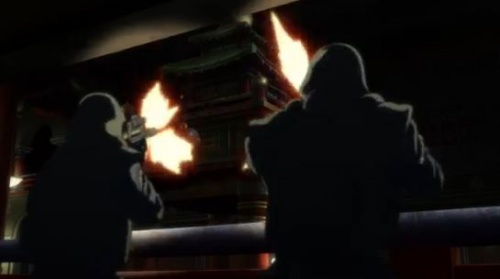 (Movie) Both of Fumito’s men are firing with FN P90.

(Movie) Fumito’s men, used a minigun that’s operated by a robotic sensor on Saya. It looks like it resembles a GE M134 Minigun. 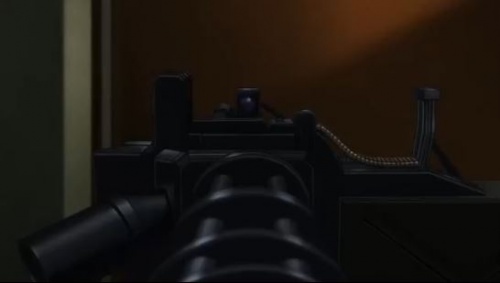 Seeing the sensor and the belt-fed rounds. 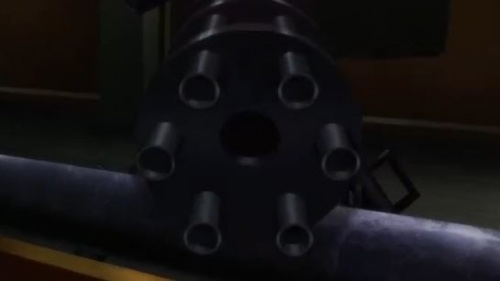 You can see the six barrels of the Minigun.

Seeing the Minigun and FN P90 on the other side both firing.