The following weapons were used in the film Blackbeard, the Pirate: 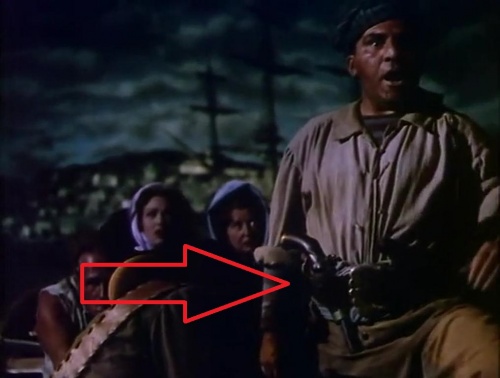 Ben Worley (William Bendix) with the pistol on his belt. 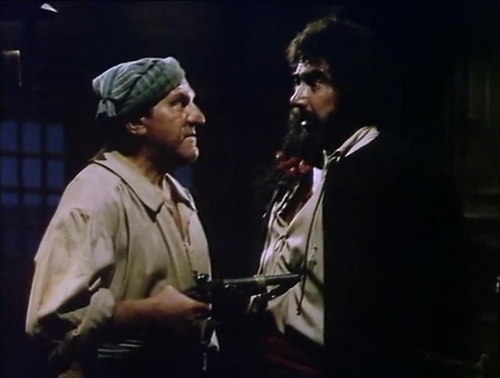 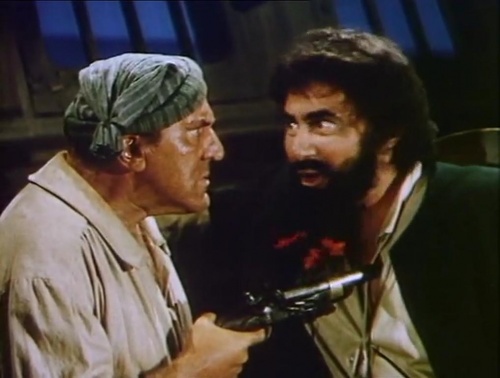 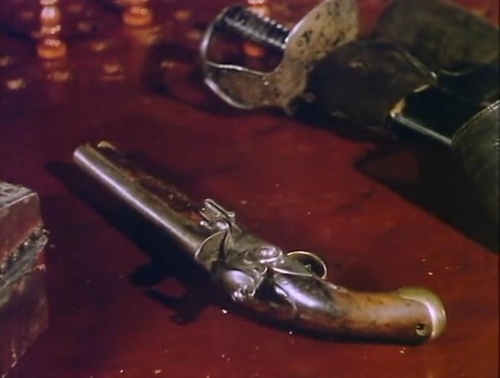 Close view of the pistol, before Edwina Mansfield (Linda Darnell) grabs and fires it. 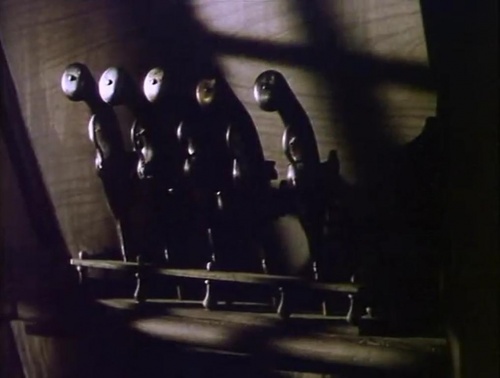 Several flintlock pistols on the box. 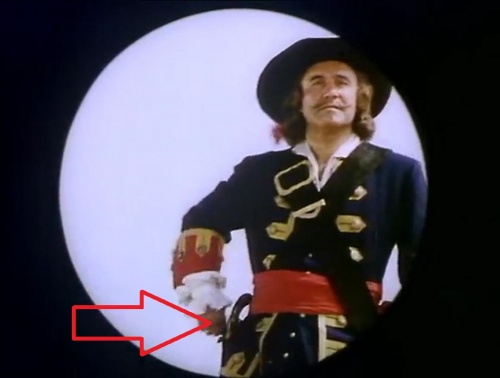 Sir Henry Morgan (Torin Thatcher) with the pistol on his belt. 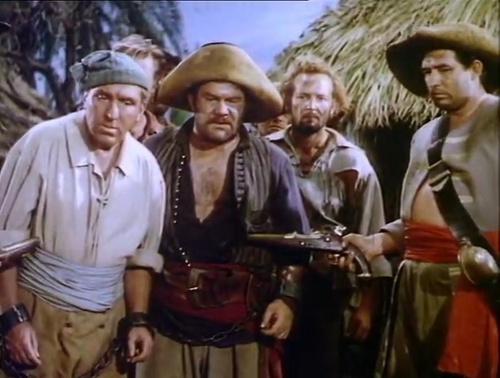 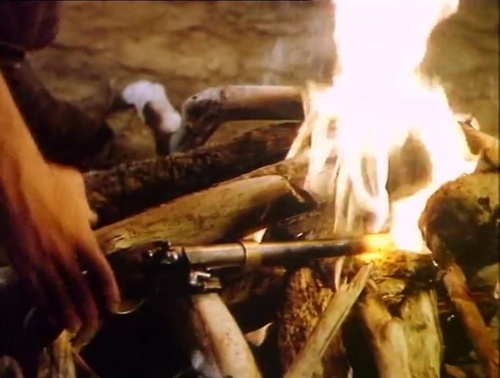 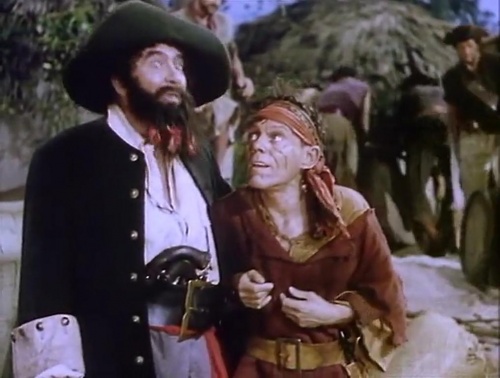 Edward Teach aka Blackbeard (Robert Newton) with two pistols on his belt. 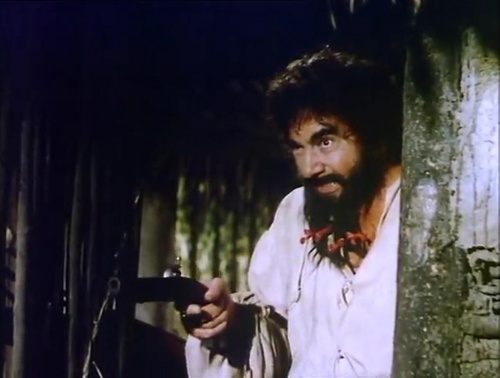 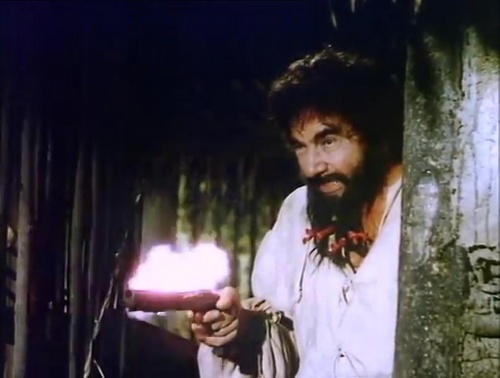 British soldiers (two of whom are played by Don House and Chuck Roberson) fire Brown Bess Flintlock Muskets in one scene. The movie's plot involves several historical figures with non-overlapping lifespans and periods of activity, but the Brown Bess is anachronistic for nearly all of them, including Blackbeard himself. 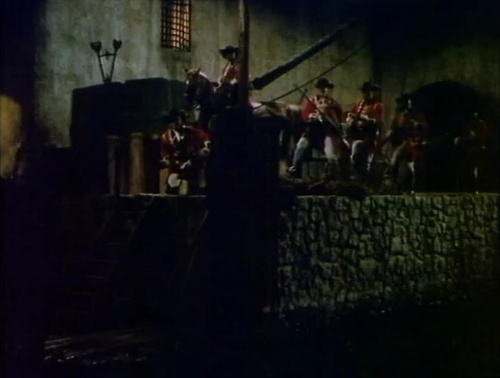 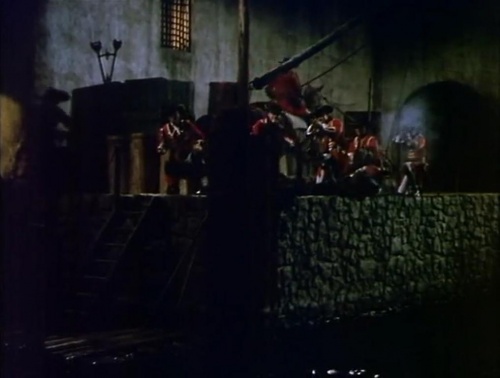 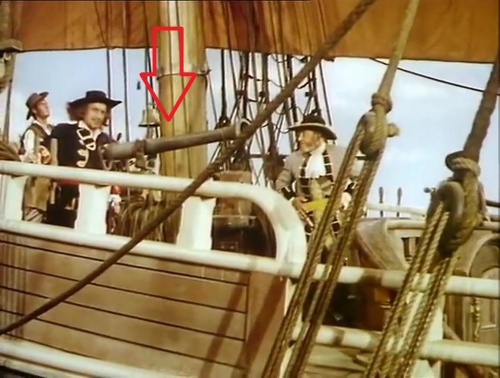 Nearly all ships are equipped with smoothbore muzzleloader cannons. Several cannons can be seen in the fortress and pirates' base. 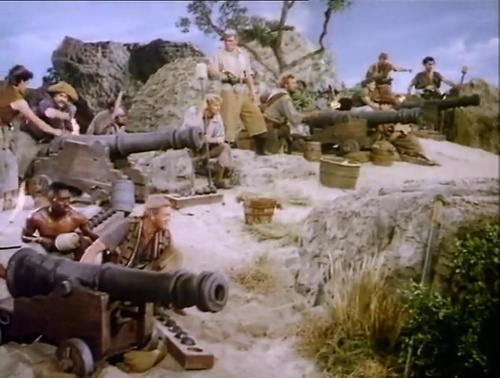