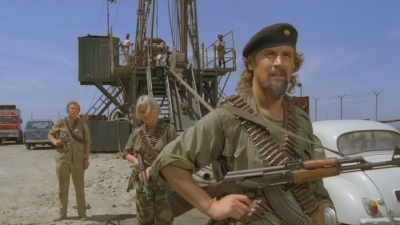 Billy Connolly wields a Para-Ordnance P-14 and a Taurus PT92 as Il Duce in The Boondock Saints (1999).

Billy Connolly is a well-recognized Scottish character actor and stand-up comic who is most known for his period pictures and voiceovers for animated films, in addition to the popular Boondock Saints films. He played Professor E.A. Johnston in the Medieval Fantasy film Timeline, Sergeant Zebulon Gant in the period piece The Last Samurai and Father Joseph Crissman in The X-Files: I Want to Believe.