'The Big Heat' is a 1953 film noir starring Glenn Ford as Detective Sergeant Dave Bannion, who is investigating the likely suicide of fellow officer Tom Duncan, but Duncan's mistress Lucy Chapman claims otherwise and mentions a second home that Duncan had which was above more than his salary could afford. Bannion then decides to dig deeper with a visit to Mrs. Duncan. She resents the implications and calls the Police Commissioner, and Bannion is told to layoff the subject by his Lieutenant. When Lucy Chapman turns up dead with cigarette burns all over her body, Bannion resumes the investigation even though it's now a county matter. After threatening calls are made to his residence, Bannion pays a visit to local mob boss Mike Lagana at his home and confronts him about the calls. The warnings fall deaf on Bannion's ears however, and an attempt is made on his life. A bomb meant for him is placed in his car, but Mrs. Bannion is killed instead when it explodes in the driveway of their home. Disgusted with the cover-ups and the corruption, Dave Bannion resigns from the police force and goes on a one man crusade against Mike Lagana and his crew.

The following guns were used in the movie The Big Heat: 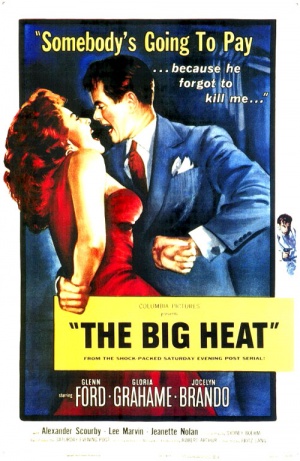 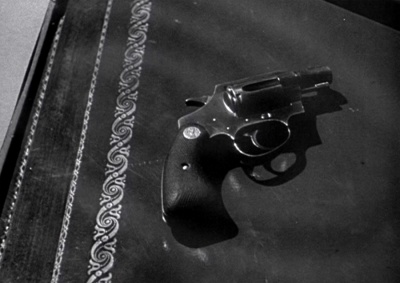 A Colt Detective Special Revolver sitting on the desk 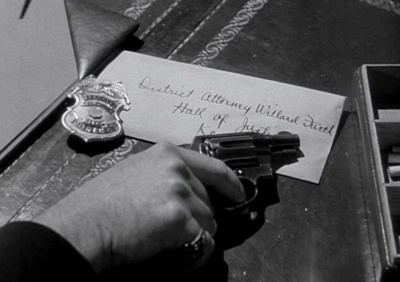 A Colt Detective Special Revolver in the suicide victim's hand. 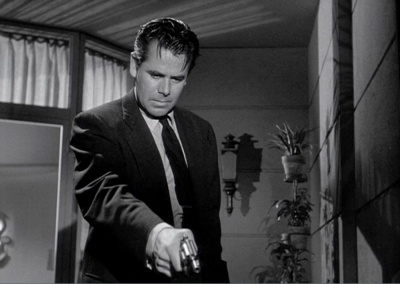 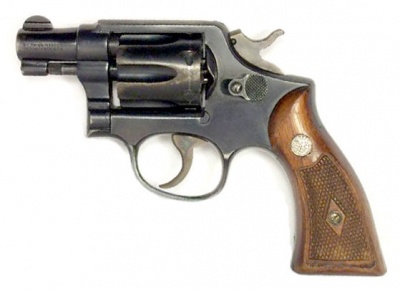 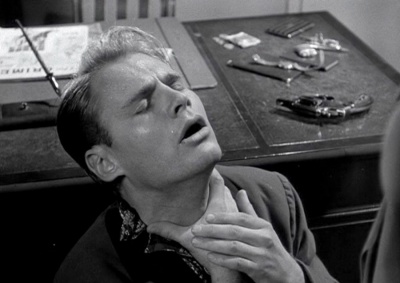 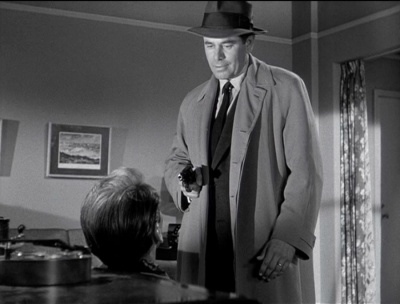 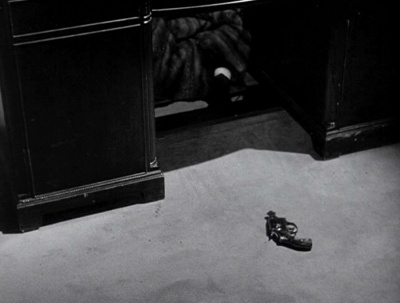 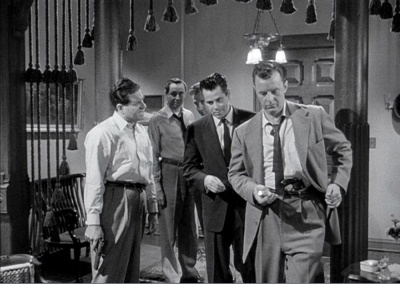 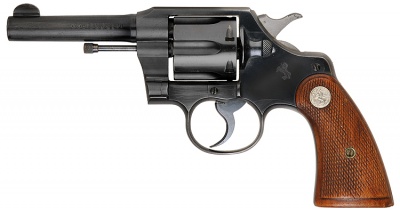 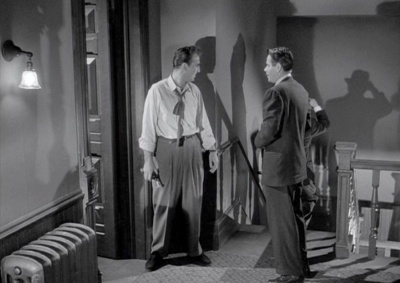 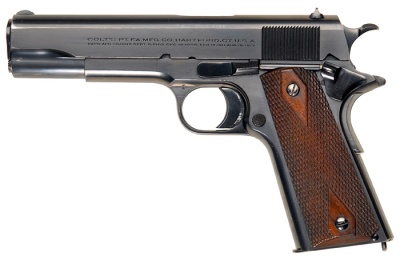 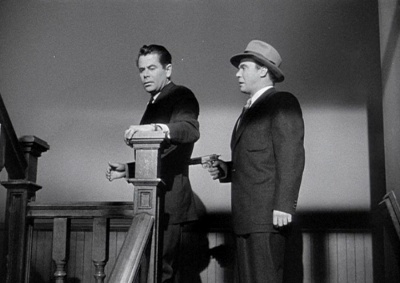 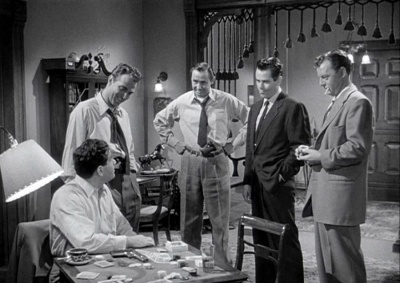 A Colt 1911 Pistol sitting on a card table 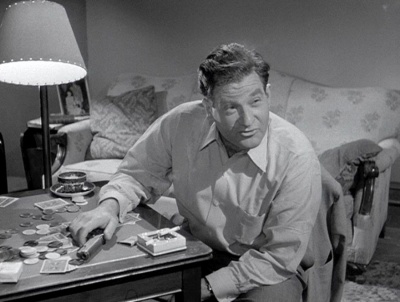 Vince Stone (Lee Marvin) holds what appears to be Luger P08. In reality, the Luger appears to be a mockup with an Iver Johnson .32 Revolver mounted inside. 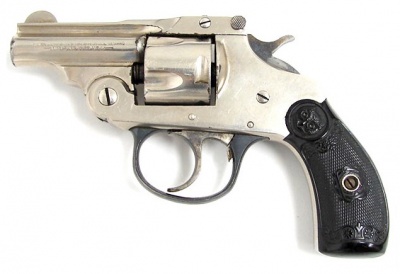 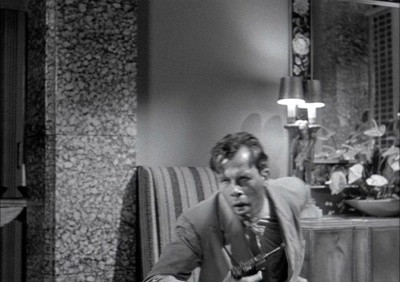 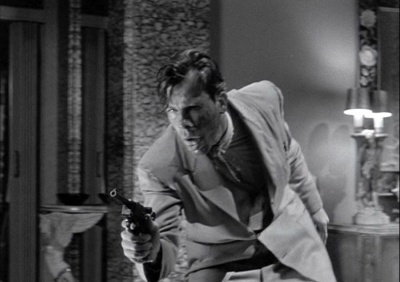 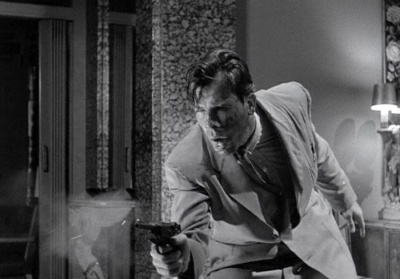 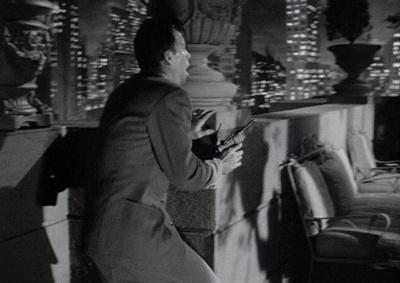 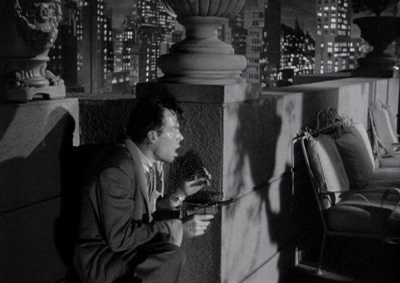 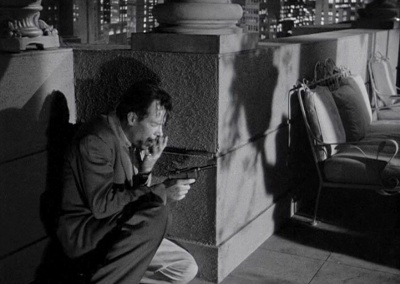 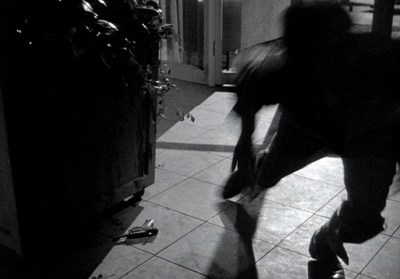