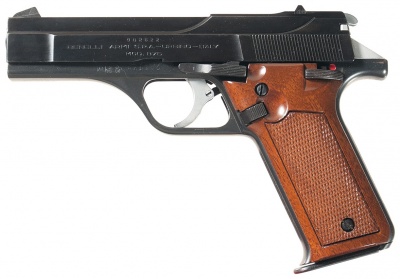 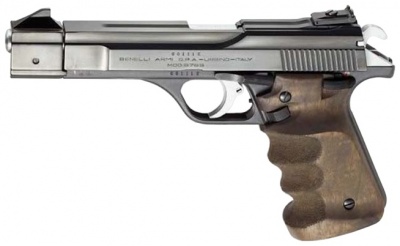 The Benelli B76 and its variants are a range of lever-delayed blowback pistols produced by Benelli from 1976 to ~1990 in several calibers. The standard model has non-adjustable iron sights but the ‘Sport’ versions (and target-only MP3S version) have adjustable target sights plus a barrel extension.

The Benelli B76 and its variants can be seen in the following films: