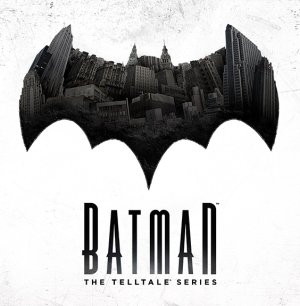 The following weapons can be seen in Batman: The Telltale Series:

The Beretta 92FS is the sidearm carried in the mercenaries' holsters that are trying to rob the vault in Episode 1. 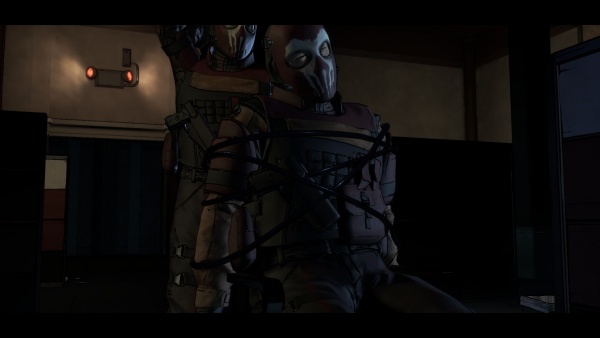 Glock 19 pistols are used by GCPD officers, mercenaries, and a thug trying to mug Bruce Wayne. 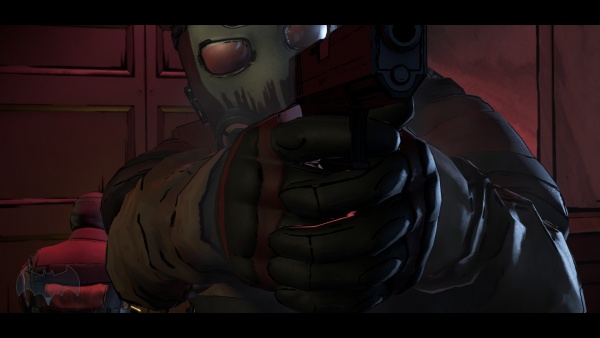 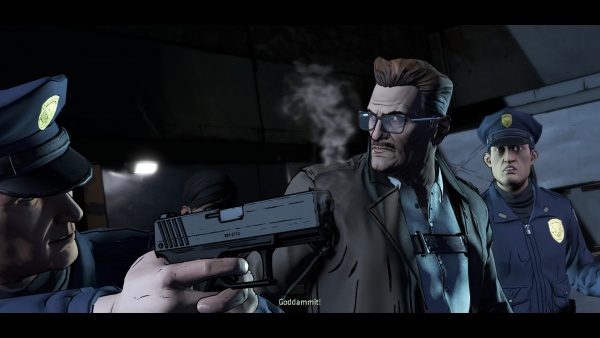 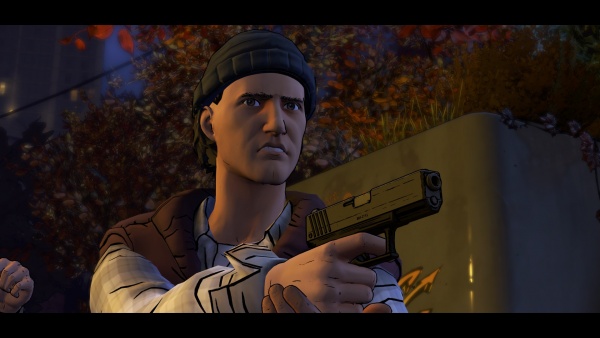 The Penguin is armed with a nickel plated and engraved M1911 pistol in Episode 2. 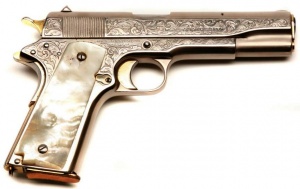 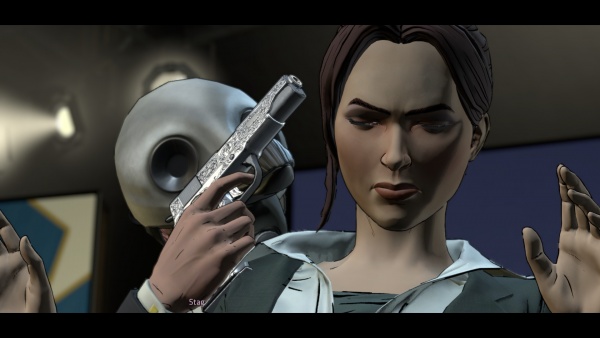 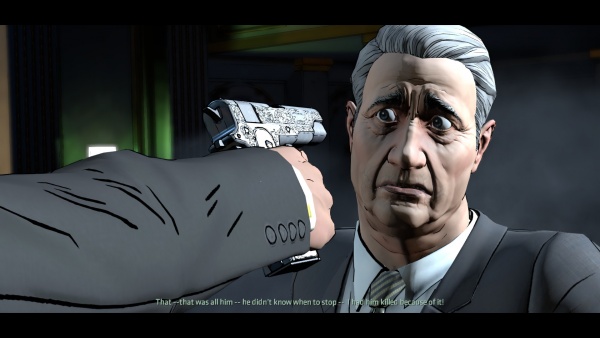 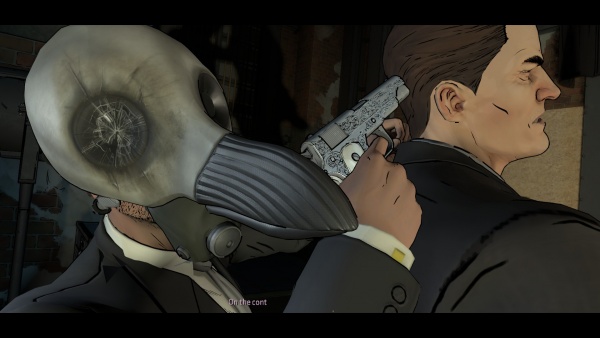 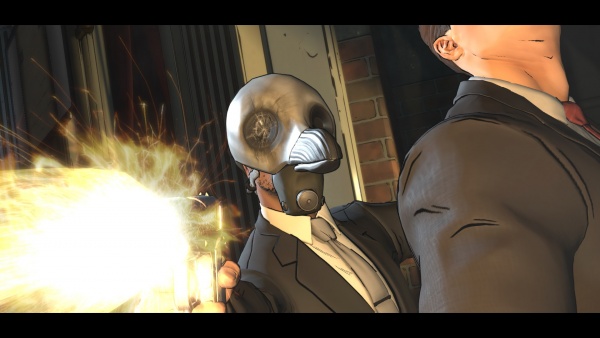 Customized MP5A3s are used by the mercenary team trying to steal data from the vault in Episode 1, and Children of Arkham gunmen in Episode 2. They are fitted with suppressors, flashlights, railed handguards, vertical foregrips, and red dot sights. 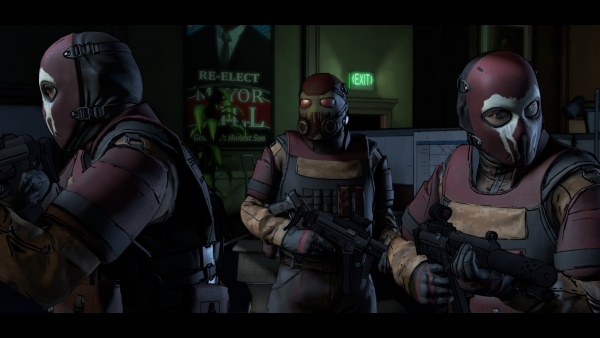 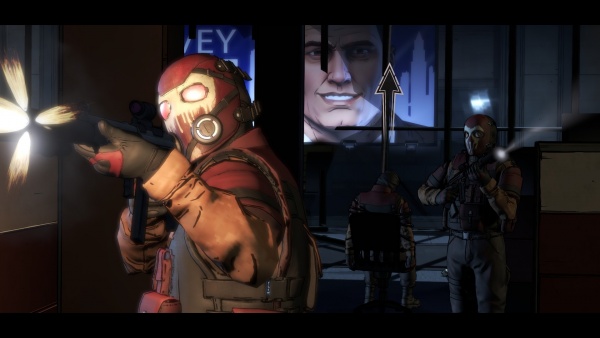 One of the mercenaries opens fire at Batman with his MP5A3. Note the incorrect presence of a muzzle flash coming out of the suppressor as if it has a four-prong flash hider. (Ep. 1) 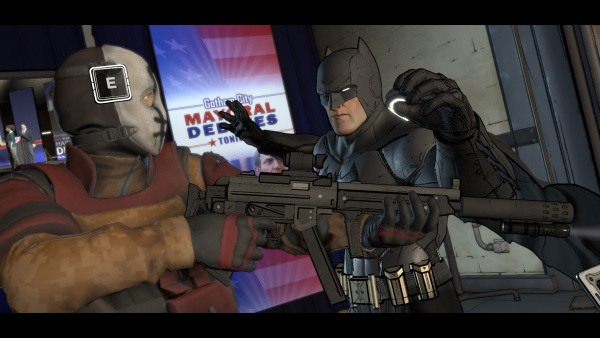 Batman takes out a Children of Arkham member armed with an MP5A3 submachine gun. (Ep. 2)

Carmine Falcone defends himself using an AK-47 when Batman attacks his penthouse in Episode 1. 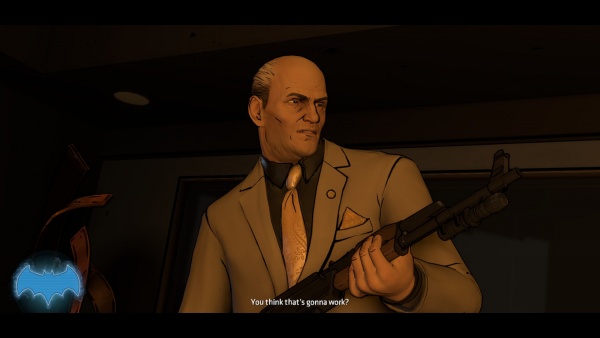 Falcone with an AK-47. Note the flashlight clipped to the barrel. (Ep. 1) 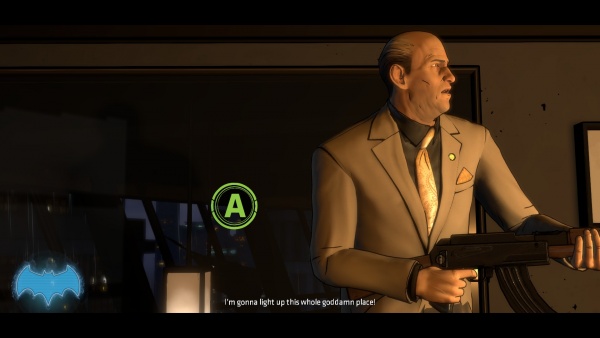 In episode 4 Alfred Pennyworth can be seen using a MAS-49/56 rifle to fend off Two-Face and his goons when they attack Wayne Manor.