Avenging Angelo is a 2002 crime comedy romance directed by Martyn Burke. Madeleine Stowe stars as Jennifer Barrett, a frustrated wife who discovers that she is the daughter of the recently deceased mafia boss Angelo Allieghieri (Anthony Quinn, in his final film role). She then decides to take revenge together with Frankie (Sylvester Stallone), a father´s bodyguard.

The following weapons were used in the film Avenging Angelo:

Jennifer (Madeleine Stowe) keeps a nickel Colt M1911A1 pistol in her closet as a home defense weapon that she pulls out during a confrontation. 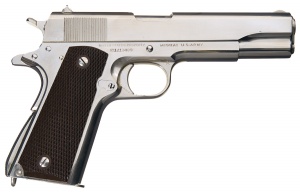 Jennifer with her pistol as she investigates a disturbance in her home.

Jennifer (Madeleine Stowe) holds her nickel M1911A1 on her husband. 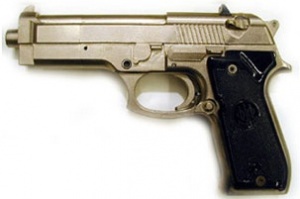 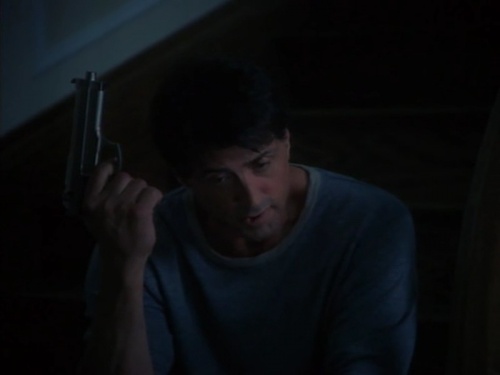 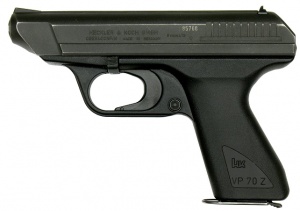 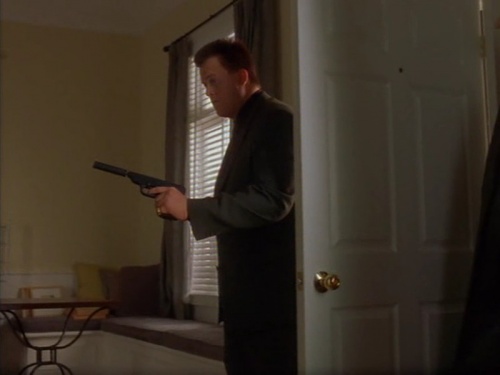 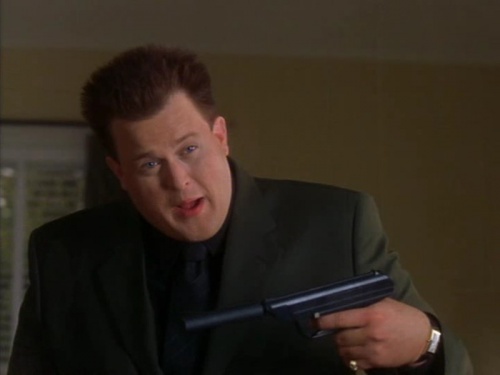 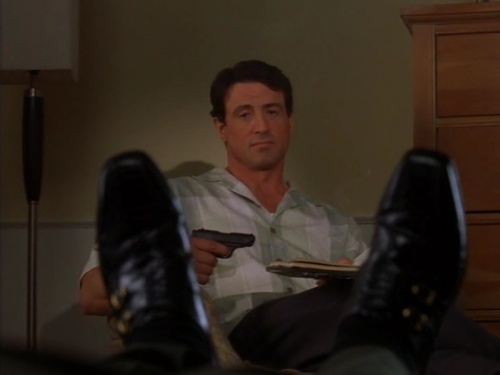 Bruno's father uses a scoped Beretta 76 during his time as a hitman. 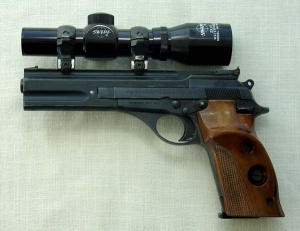 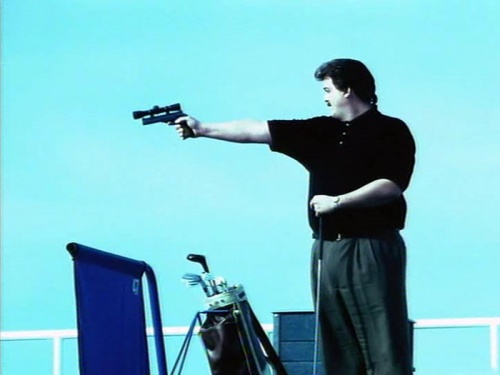 Bruno's father takes aim with his Beretta while golfing.
Retrieved from "https://www.imfdb.org/index.php?title=Avenging_Angelo&oldid=1216319"
Categories: