Attack is the 1956 World War II film directed by Robert Aldrich (The Dirty Dozen) and stars Jack Palance as a US Army lieutenant who during the waning days of the war must try to keep his men alive while following the orders of a cowardly captain (Eddie Albert). The film also co-stars Lee Marvin, Buddy Ebsen, and Richard Jaeckel. The title was later changed to Attack! for the UK market and the later US Video market.

The following weapons were used in the film Attack:

Costa pulls his M1911A1 when confronting a German officer as well as to threaten Cooney. 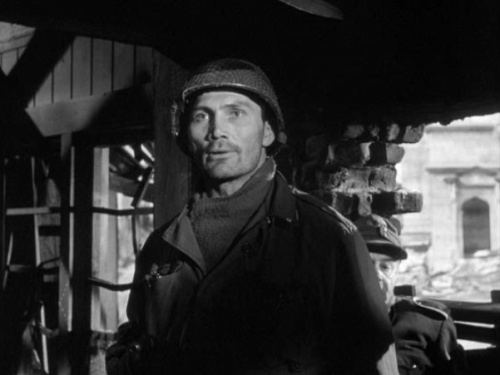 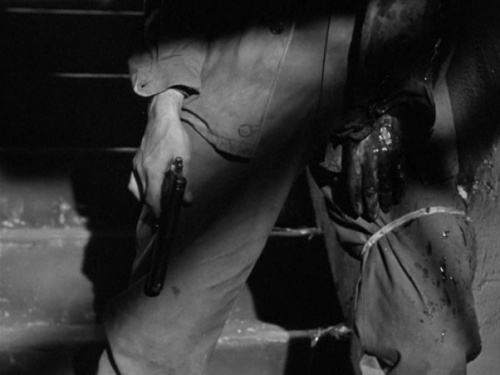 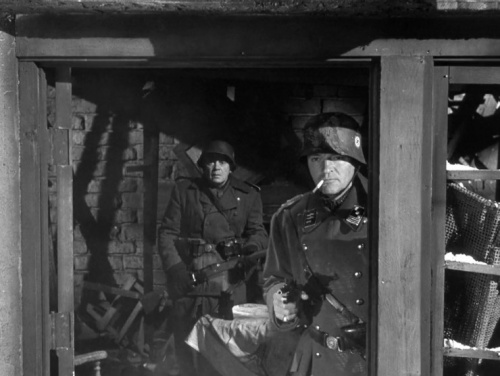 The very nonchalant officer fires from the hip.

The M1928A1 Thompson is also used by Costa as well as by Capt. Cooney (Eddie Albert). 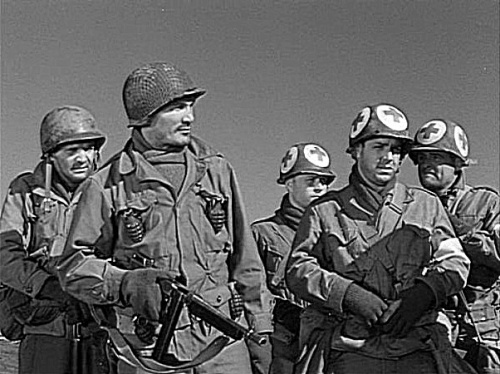 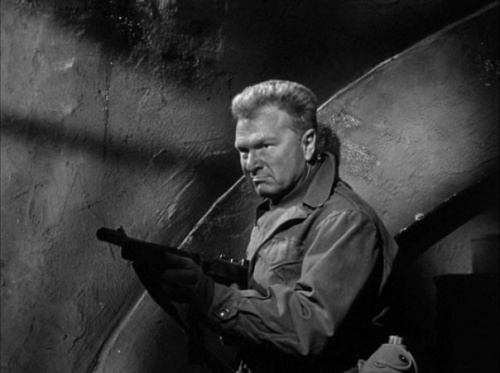 The M1 Garand is the main weapon carried by infantrymen in the film including Tolliver (Buddy Ebsen) and Snowden (Richard Jaeckel). 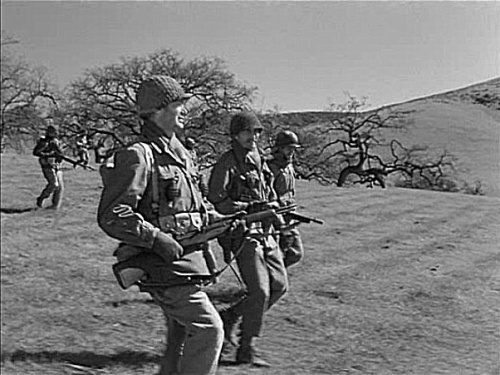 Tolliver (Buddy Ebsen) holds the Garand while on patrol. If the hills look like California, it is, this scene was filmed at the Albertson Ranch (used for many westerns). Albertson Ranch was the land that is now the town of Thousand Oaks, CA. 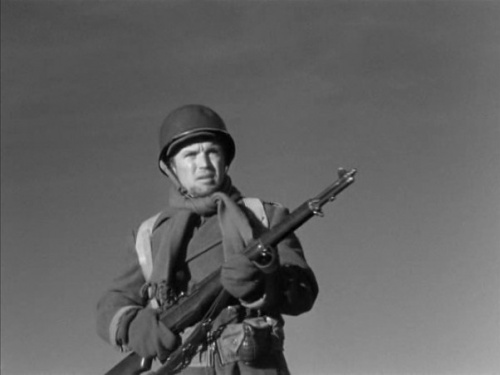 Snowden (Richard Jaeckel) holds the Garand while on patrol.

The M1 Carbine is mainly carried by Army officers in the film including Lt. Joe Costa (Jack Palance) and Lt. Woodruff (William Smithers).

World War II Era M1 Carbine, with Dark Walnut Stock, 'L' peep sight and no bayonet lug - correct for most of WWII, shown with khaki sling and oiler and a period twin magazine pouch for buttstock 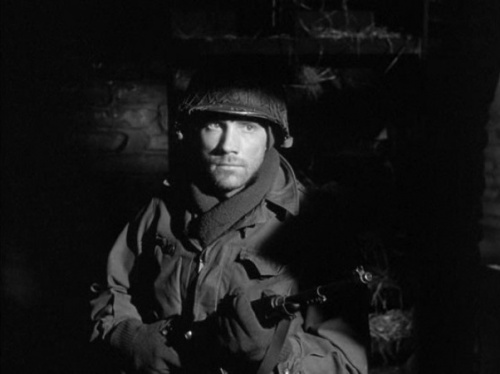 The most common weapon seen by German soldiers including Otto (Steven Geray). 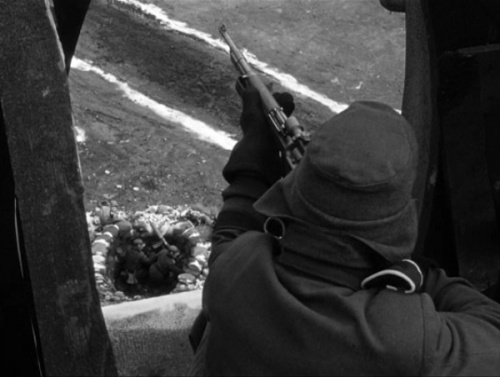 Costa uses an M9 Bazooka to take out a German tank. 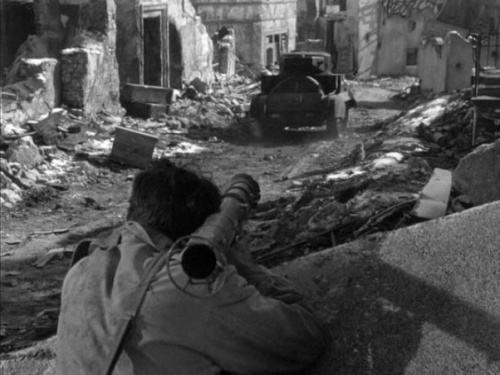 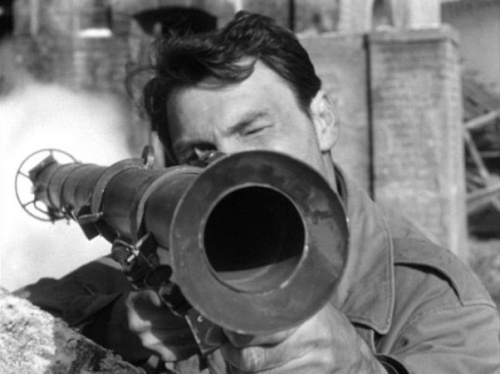 The Maxim MG08 is seen used by German forces in a pillbox at the film's beginning as well as the later ambush. This was most likely used in lieu of obtaining an actual MG34 or MG42. 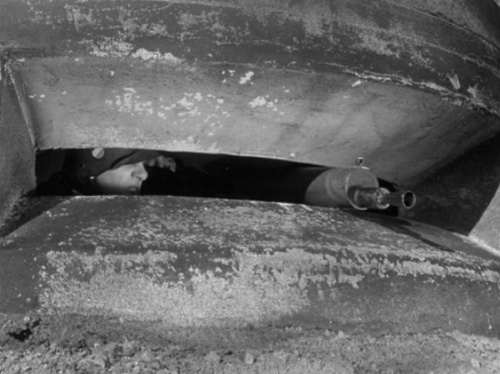 The Maxim MG08 is seen used by German forces in a pillbox at the film's beginning.
Retrieved from "https://www.imfdb.org/index.php?title=Attack&oldid=1396996"
Categories: