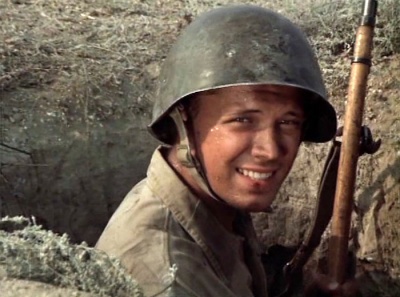 Andrei Stanislavovich Rostotsky (January 25, 1957 – May 5, 2002) was a Soviet and Russian film and theatre actor, son of film director Stanislav Rostotsky. Andrei Rostotsky started his cinema career in 1975 and appeared in many popular movies of 1970s-1990s. He tragically perished accidentely fold into the chasm, during the filming in mountain area.

For the films directed by Andrei Rostotsky, please visit the talk page.