The following weapons were used in the anime series Amazing Nurse Nanako:

Comander of the enemy soldiers draws a Colt M1911A1 to threatens hostages at the "The Last Spiral, Part 1" (E5). Plane security carries M1911A1 as his duty sidearm as well at the same episode. 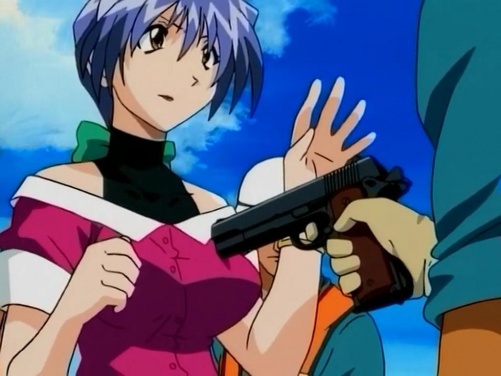 Good view of the M1911A1 at the comanders hands. 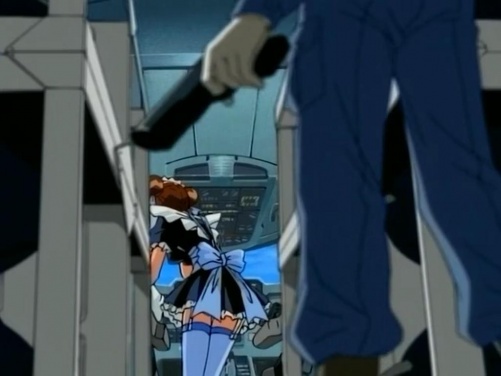 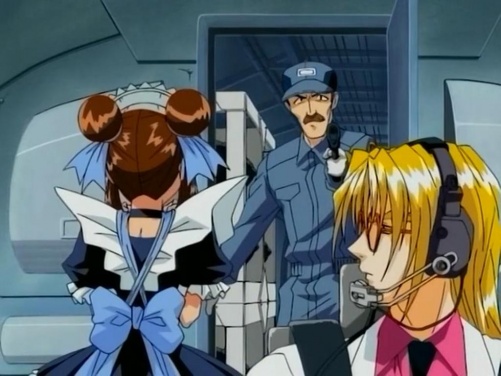 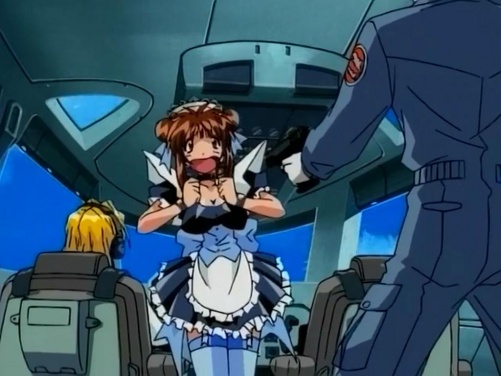 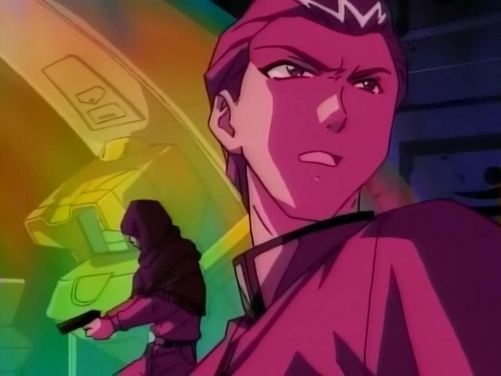 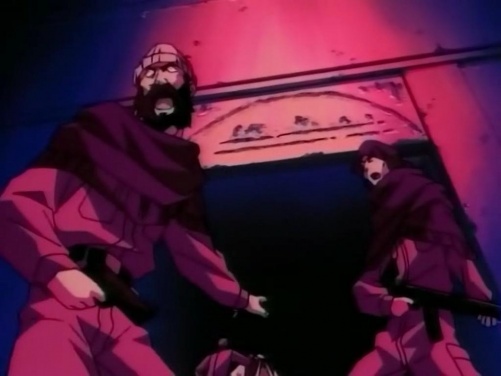 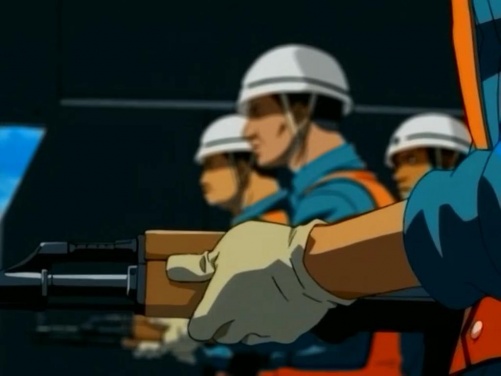 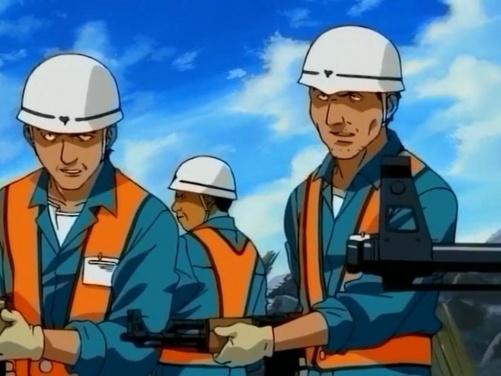 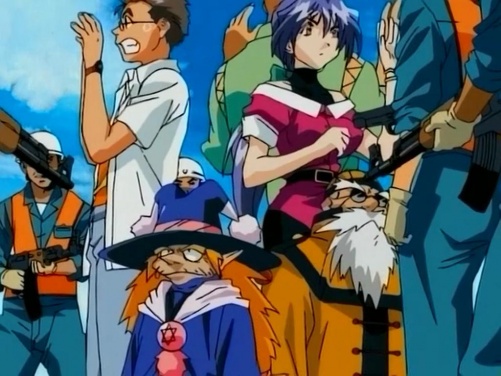 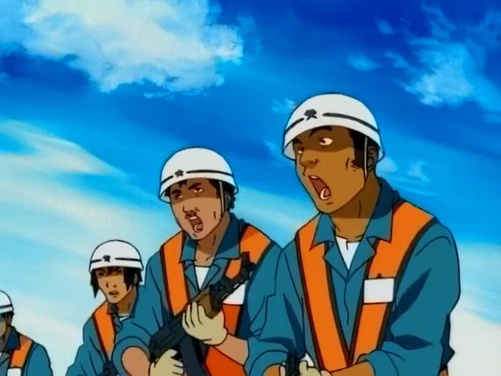 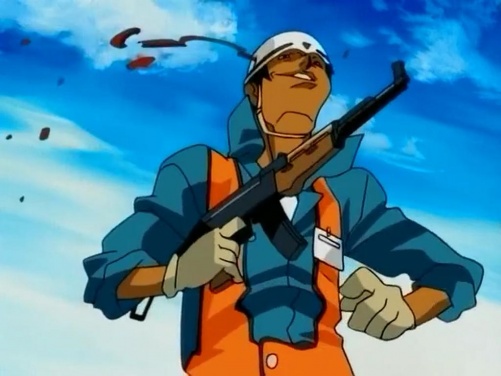 Mortaly wounded soldier with his rifle. 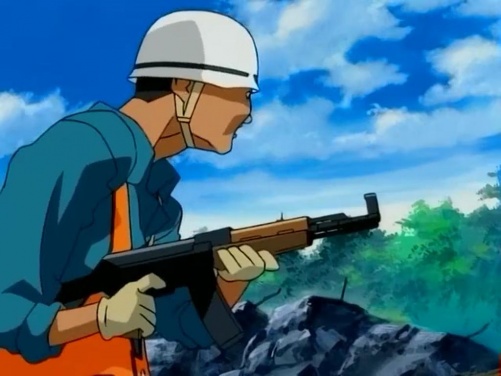 Good view of the AKS's shape. 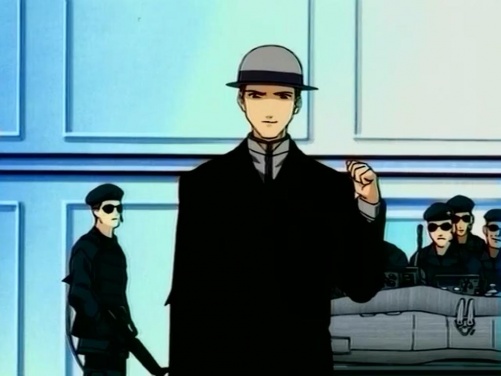 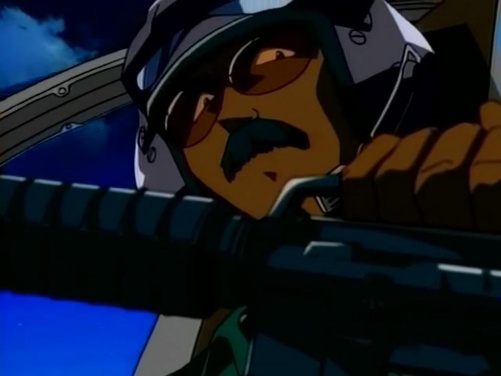 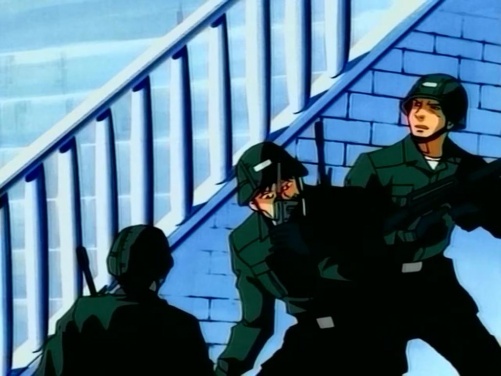 American soldiers with the M16 at the "Fire-Crackers" (E4). 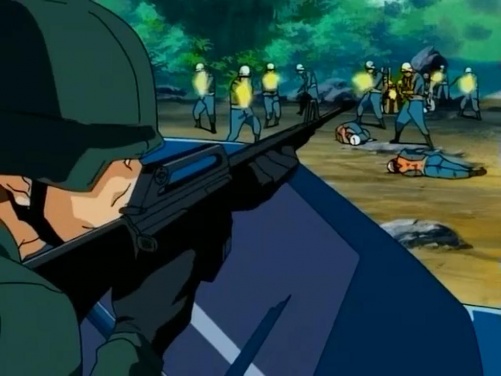 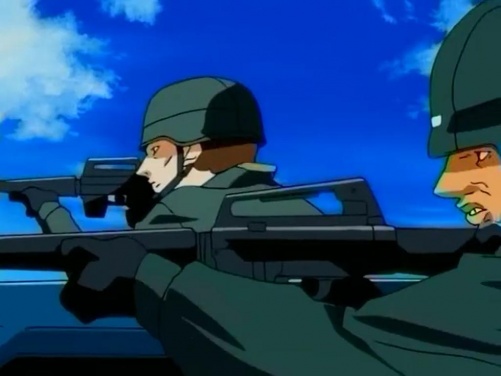 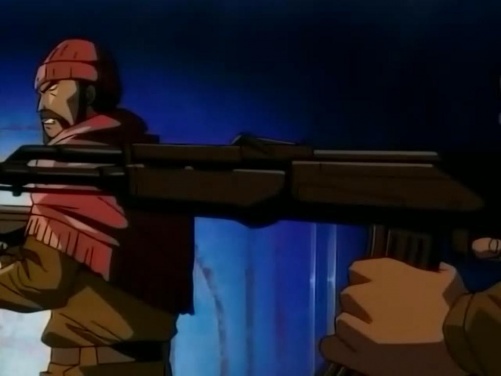 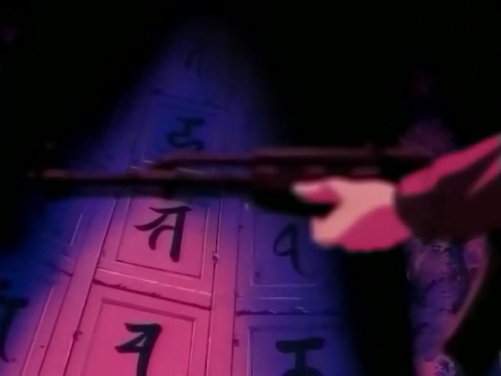 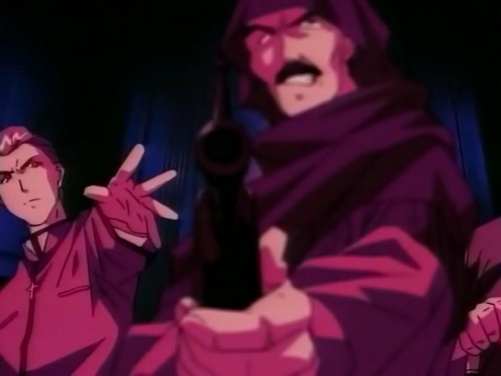 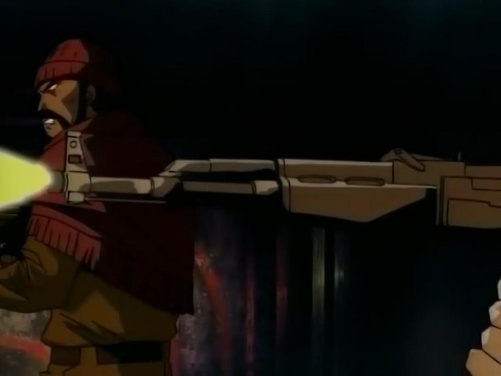 Good view of the barrel.

US tank was equiped with the Browning M2 Heavy Barrel at the "Fire-Crackers" (E4). 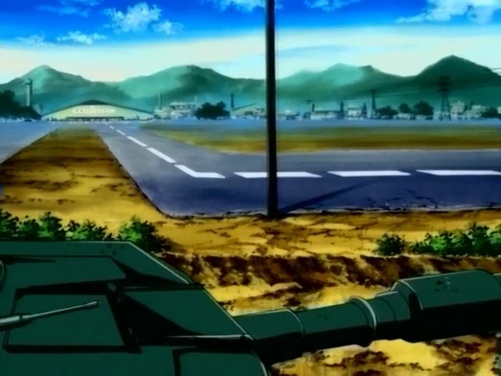 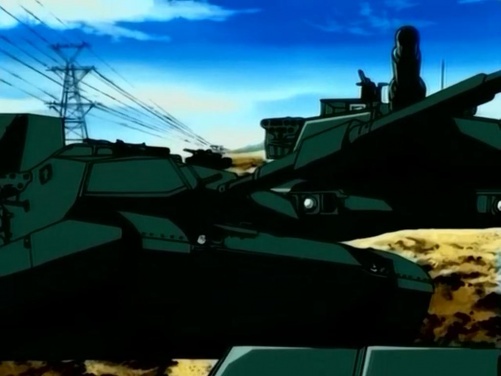 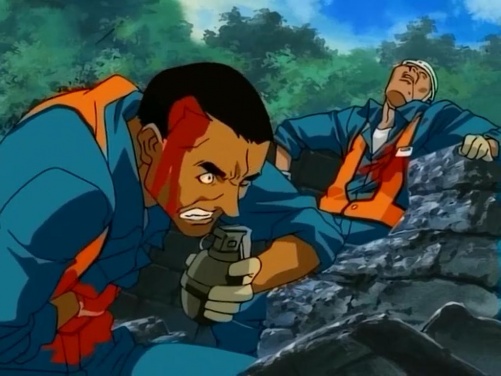 He prepared to commit suicid. 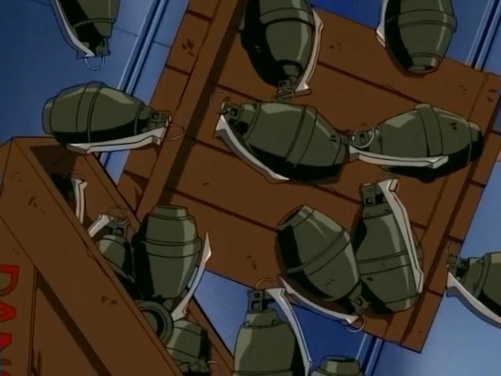 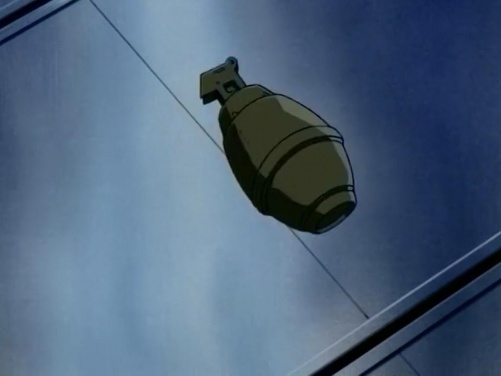 American Little Bird combat helicopter was equiped with the Hydra 70 Rocket's launcher at the "Memories of You" (E2). 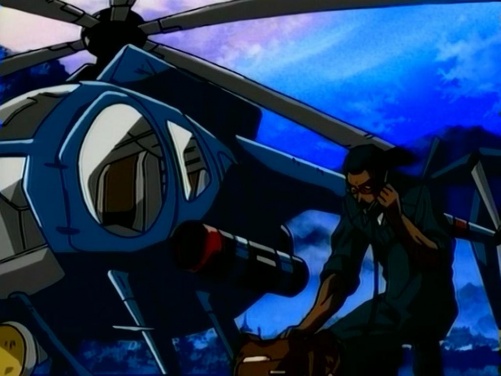