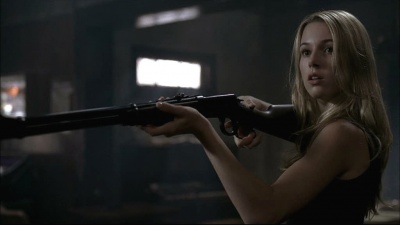 Alona Tal with a Winchester Model 1894 as Jo Harvelle in Supernatural. 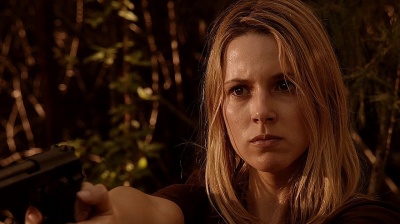 Alona Tal with a Taurus PT92 as Sonya in Burn Notice.

Alona Tal is an Israeli-born singer/actress known for her roles as Meg in the series Veronica Mars and as Jo Harvelle in the series Supernatural. She also has appeared in such series as Burn Notice, Hostages, and SEAL Team.

N.B. Like nearly all Israeli citizens (including Gal Gadot and Ayelet Zurer), she served in the Israeli Defense Forces for two years, before beginning her career as a singer and actress.