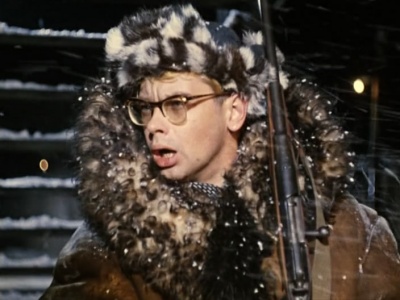 Aleksandr Sergeievich Demyanenko (May 30, 1937 - August 22, 1999) was a Soviet and Russian actor. His most known role is a student (later scientist) named Shurik (a diminutive form of the name Aleksandr), who is one of the main characters in several comedy movies (Operation Y & Other Shurik's Adventures, Kidnapping Caucassian Style, or Shurik's New Adventures, Ivan Vasilievich Changes Profession). Demyanenko also appeared in drama movies, but without the success of his comedy roles.