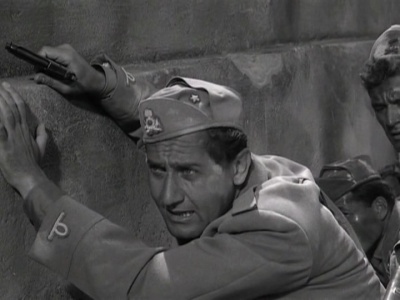 Alberto Sordi (15 June 1920 – 24 February 2004) was an Italian actor and director. Oliver Hardy in the Italian dubbing was "bestowed" the voice of Alberta Sordiho just in the movies famous duo Laurel & Hardy. In the film, he began his career at the end of the thirties of last century in supporting roles, mostly war movies. In 1959 Sordi plays the role of Oreste in war comedy The Great War (La grande guerra) (1959). This movie by Mario Monicelli is considered by some critics to be one of the best Italian comedies. The film won the Golden Lion at the Venice Film Festival (1959). Three times he was nominated for an American Golden Globe and in 1964 it received. He made more than 190 films, died shortly before his 83rd birthday, of a heart attack. At his funeral in Roma gathered more than a million people.