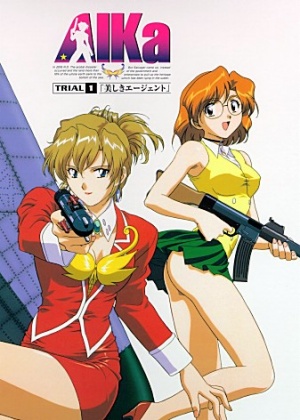 The following weapons were used in the anime series Agent Aika:

The Blue Delmos, the rifleman branch of the Delmo Corps, use the MKb Gerät 06 (a protoype of the Sturmgewehr 45) as their primary longarm. Note that the rifles shown appear to blend certain characteristics from the Gerät 06 (handguard and front sight) and the Sturmgewehr 45 (stock shape and lack of a visible top-mounted bolt handle). The front portion of the handguard that covers the removable gas parts is severely shortened, and hence giving the weapons a shorter barrel and overall length. The rifles also appear to be fitted with a forwards sloping compensator (similar to the PPSh-41) which was present on design schematics but not used on any physical weapons, suggesting that this may be what the guns are modelled from. 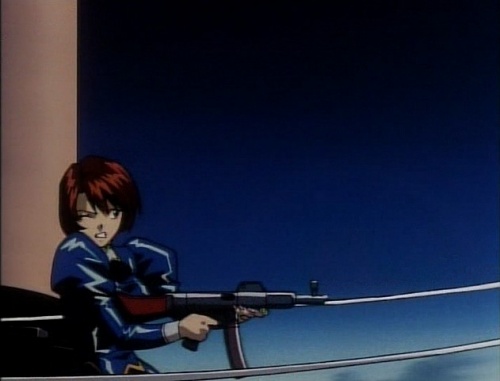 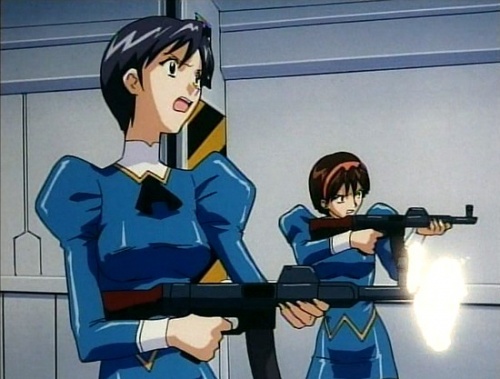 The RPG-7 is one of the Delmo Corps' standard heavy infantry weapons. 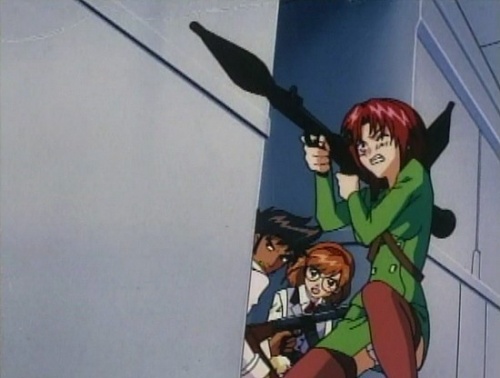 The British Javelin SAM missile system is employed by the Delmo Corps as a mobile anti-aircraft weapon. It can be launched from a man-portable tube or a dedicated launcher array (LML = Light Missile Launcher). Not to be confused with the man-portable American FGM-148 Javelin weapon system. 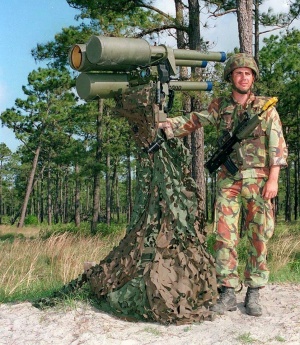 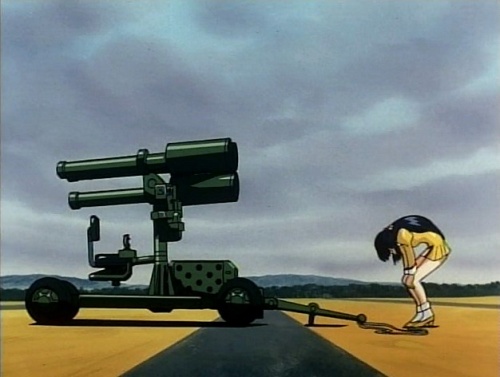 Golden Delmo Ria Petoriyacowa positioning a Javelin LML to take down Aika and her entourage.
Retrieved from "https://www.imfdb.org/index.php?title=Agent_Aika&oldid=930292"
Categories: