Adventures of Kalle the Detective (a direct translation of original Russian title Priklyucheniya Kalle-syschika, Lithuanian title Seklio Kalio nuotykiai) is a Soviet Lithuanian 1978 (filmed 1976) made for TV adventure family movie, directed by Arunas Zebriunas and based on a series of stories by Astrid Lindgren. Kalle Blomkvist is a Swedish boy, fascinated with detective work. Together with his friends Kalle manages to solve a real crime.

The following weapons were used in the film Adventures of Kalle the Detective (Priklyucheniya Kalle-syschika): 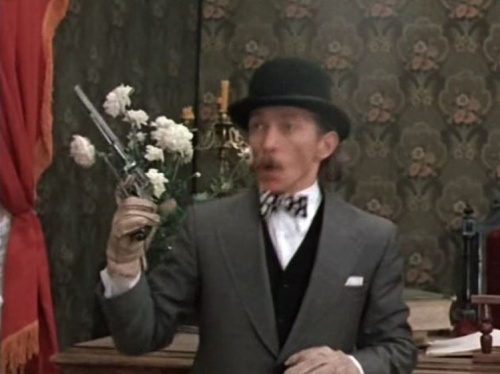 "Pale" with a mocked up Nagant. The standard grip is seen. 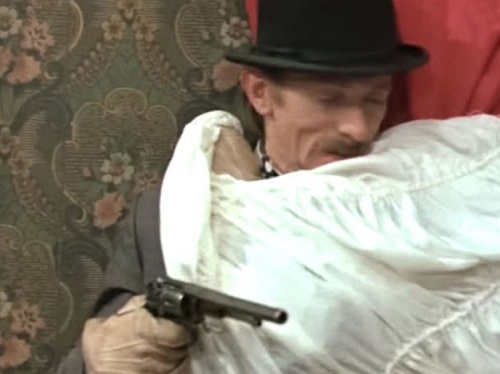 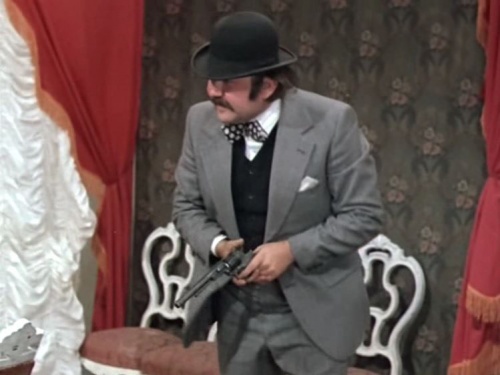 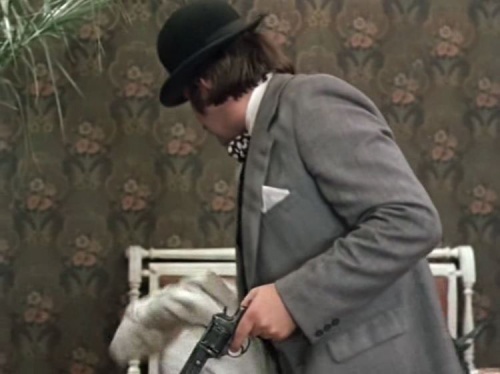 The frame of the revolver reveals Nagant. 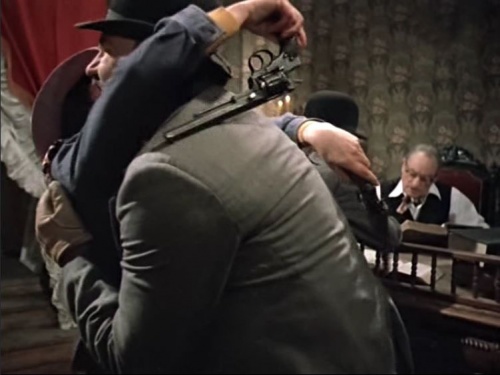 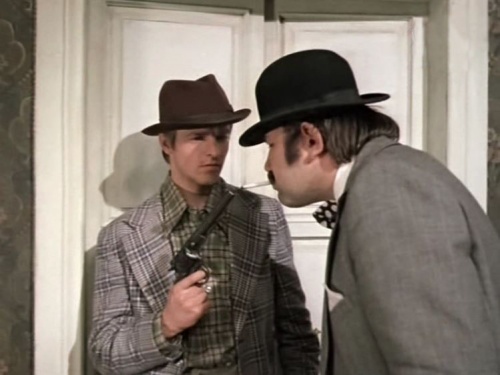 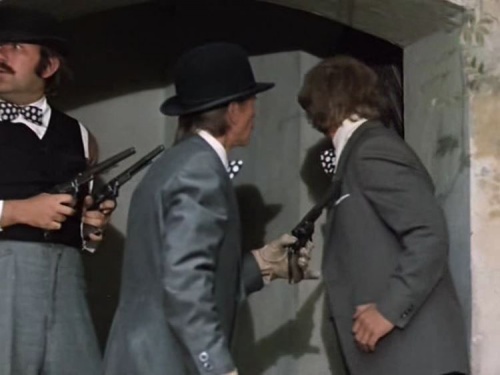 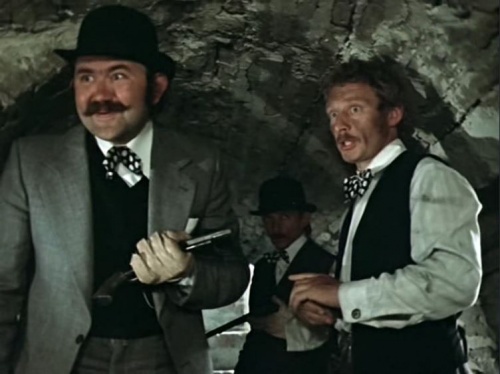 A good view of the custom grip. 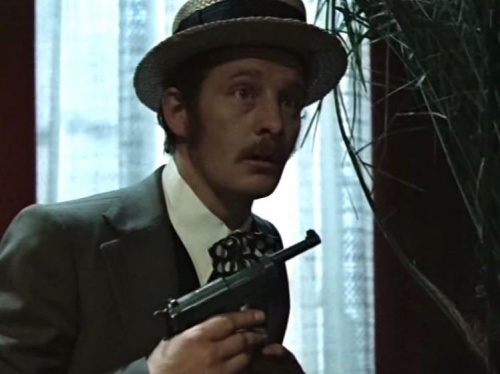 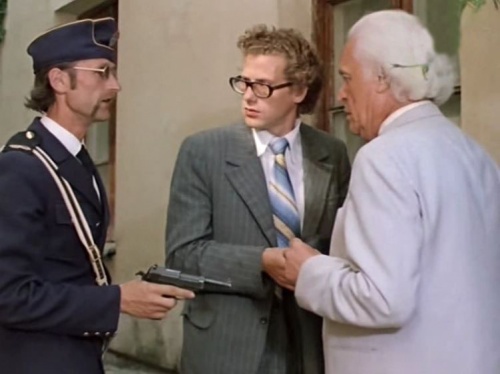 Police officer Bjork with a P38. 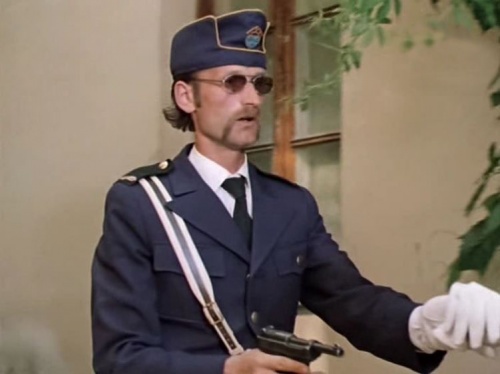 Another view of Bjork's Walther. 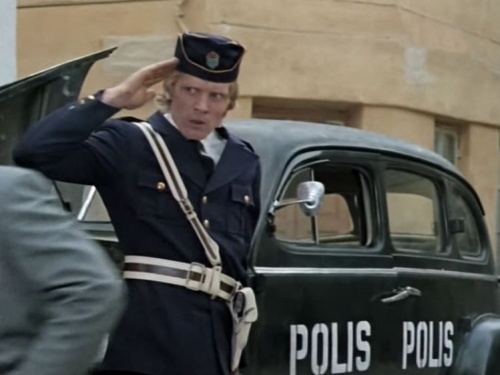 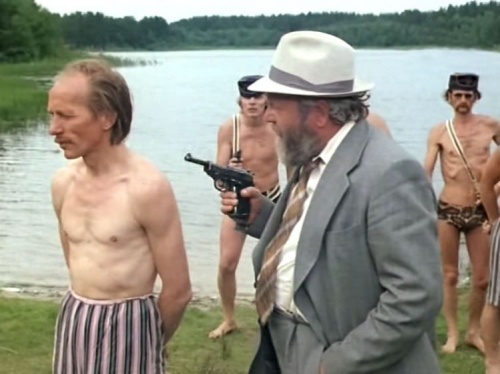 Police Commissioner with a Walther. 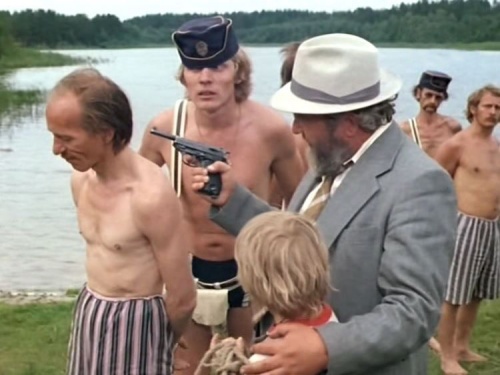 Another view of Commissioner's P38. 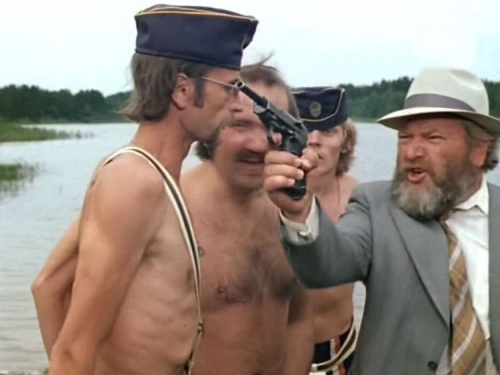 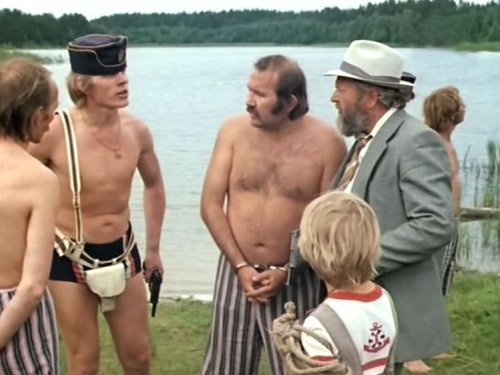 "Pale" (Jonas Aleksa) uses a fictional "jet grenade" against police. It is based on the body of F-1 hand grenade. 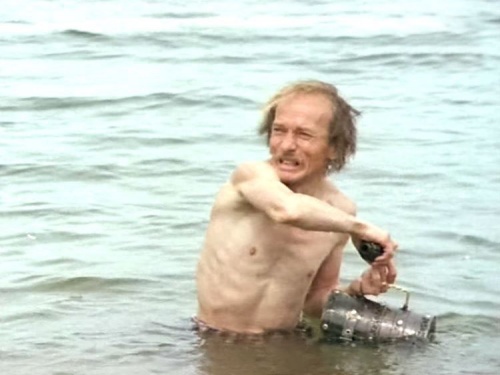 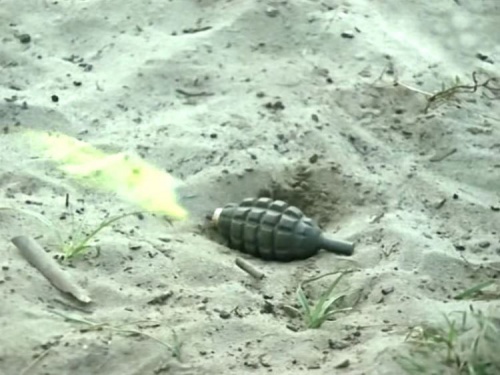 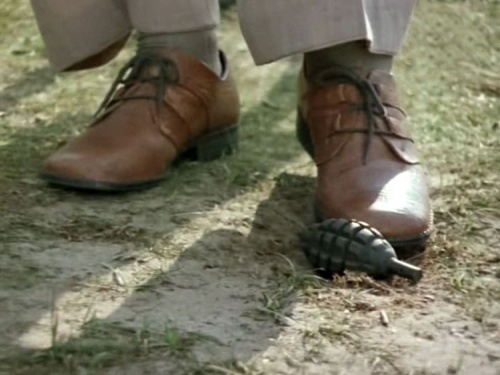 The grenade on ground. 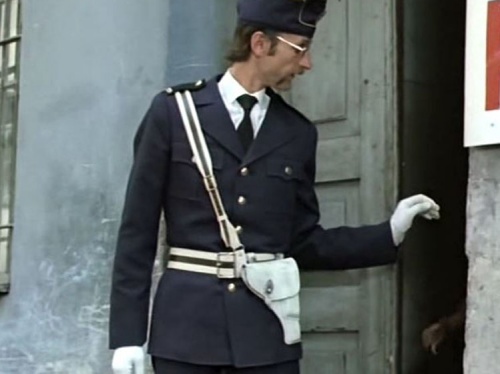 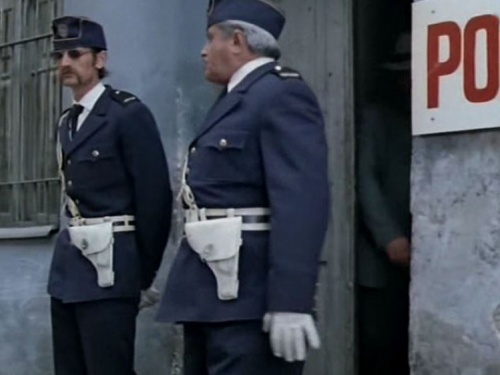