The Adolescent (Podrostok) is a Soviet 1983 6-part mini series directed by Evgeniy Tashkov and adapted from the same title novel by Fyodor Dostoevsky.

The following weapons were used in the film The Adolescent (Podrostok):

A nickel plated Smith & Wesson .44 Double Action revolver with pearl grips (most likely not original S&W but a European, possibly Spanish clone) is seen in several scenes. At first the revolver is seen on the table of solicitor Kraft (Boris Galkin). Later the revolver (another gun, according to the story, but same prop reused) is seen in hands of blackmailer Lambert (Anatoliy Omelchenko) who is then disarmed by Andrey Petrovich Versilov (Oleg Borisov). This revolver appears to be the same prop that was seen in several other Mosfilm productions, like Shvedskaya spichka, Semeynoe schastye, Zemlya Sannikova and Zhestokiy romans. 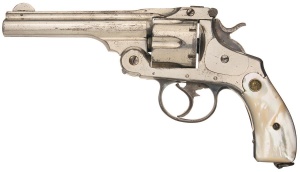 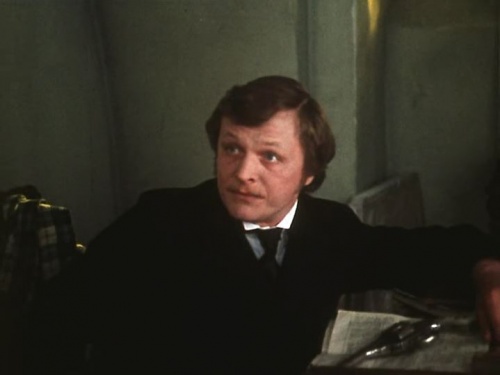 The revolver on the table of solicitor Kraft. 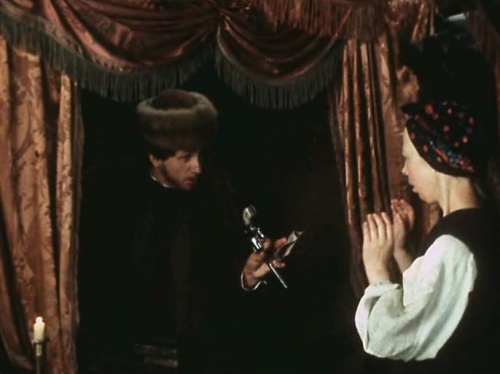 Lambert holds the revolver. The pearl grip is seen. 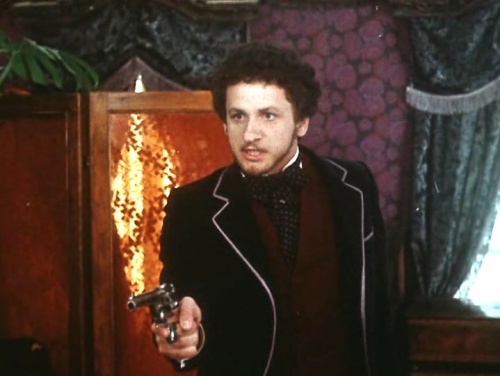 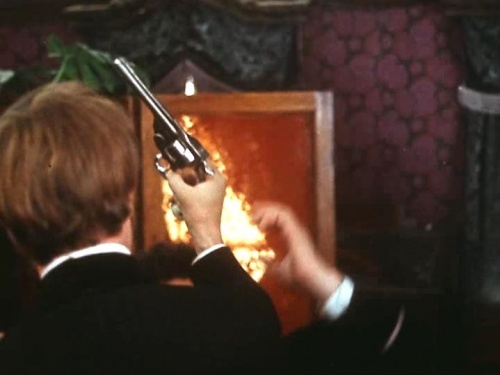 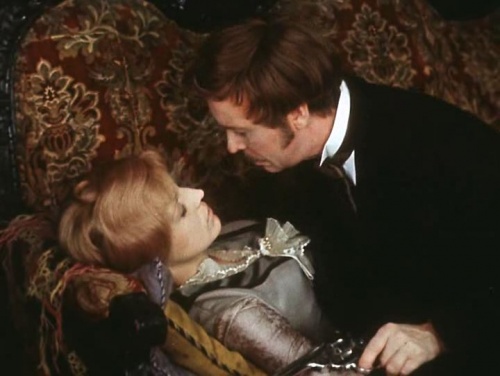 Versilov holds the revolver while Akhmakova is in a swoon. 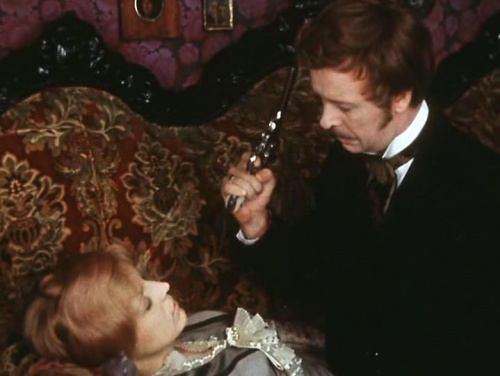 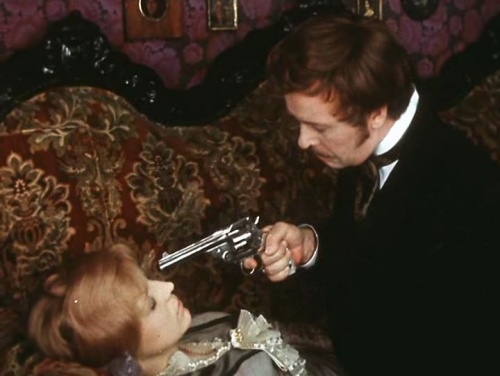 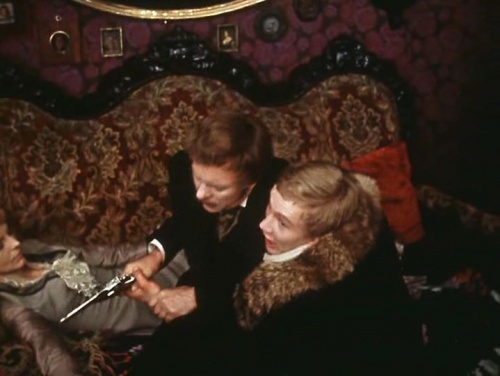 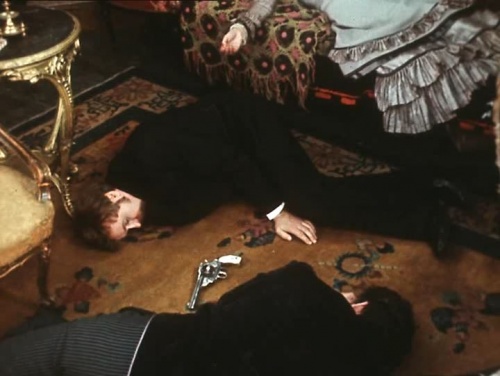 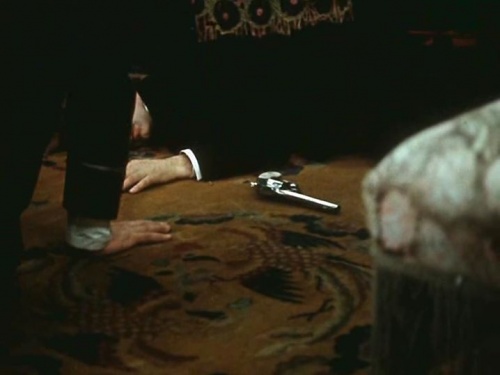 The revolver is seen on the floor next to Versilov who wounds himself in suicide attempt.

Prison warden (Vladimir Vozzhennikov) carries a holster for Smith & Wesson No.3 Russian Model revolver. Judging by the presence of lanyard, the revolver is in holster. 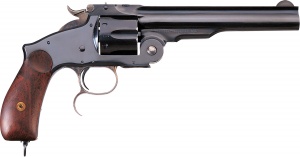 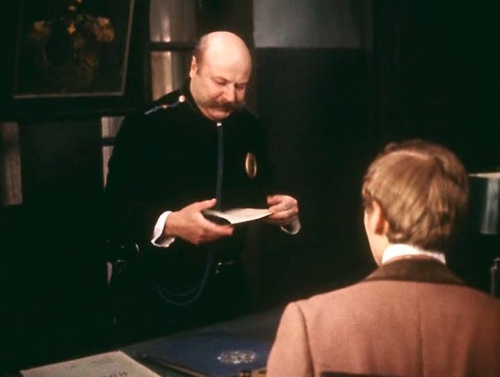 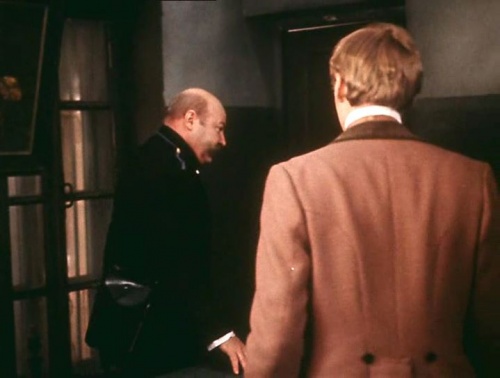 A pair of antique pistols is seen as a wall decoration in Prince Sergey Sokolskiy. These guns lack any kind of lock, so they are probably non-firing mockups. 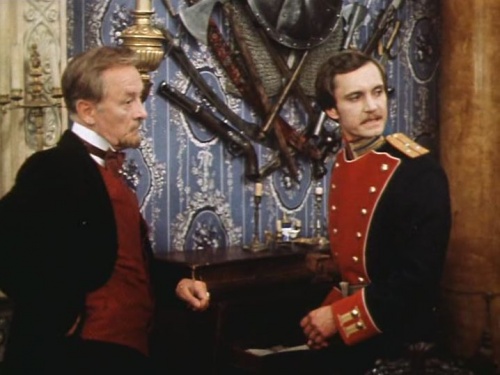 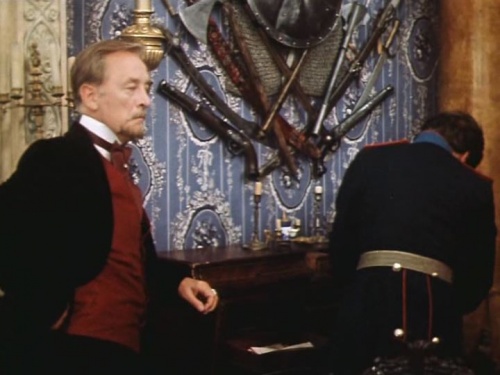