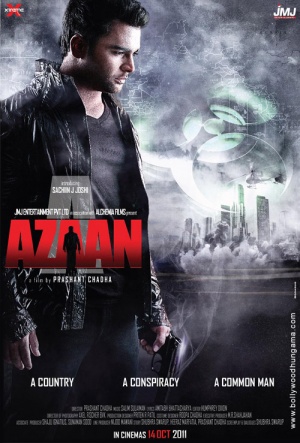 Aazaan (2011) is a Bollywood film, starring Sachiin Joshi as the titular Aazaan Khan, who is a highly trained government operative who must stop a terrorist plot concerning the widespread release of a hitherto unknown variant of the deadly Ebola Virus. The director was Prashant Chadha.

The following weapons are seen in Aazaan:

A production photo of Sharma drawing his Glock 17 in front of Aazaan, Afreen and Zara.

Aazaan Khan (Sachiin Joshi) uses the Colt M4A1 during his solo operation in Chechnya, Russia to rescue Zara, which was taken from a dead terrorist. Most of the terrorists pursuing Aazaan and Zara are armed with this, some of them having M203 underbarrel grenade launchers. 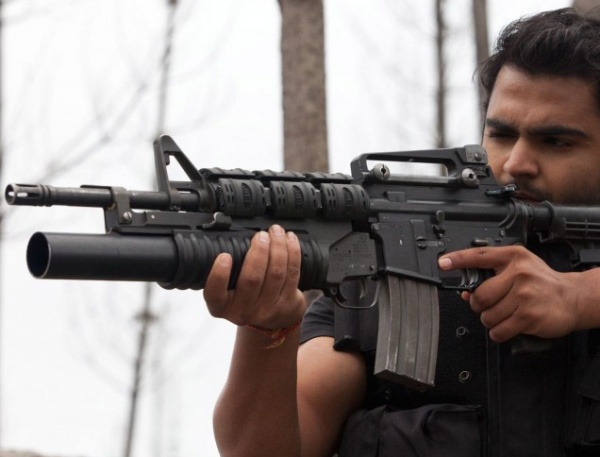 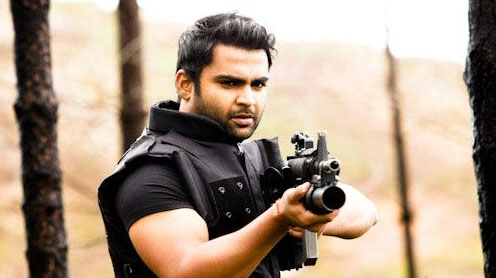 Another shot of Aazaan aiming the M4A1.

Promotional image of Aazaan holding the M4A1 with one hand.

Aazaan uses a Heckler & Koch G36C as his primary weapon when he was in Germany for the second time after entering from Morocco. 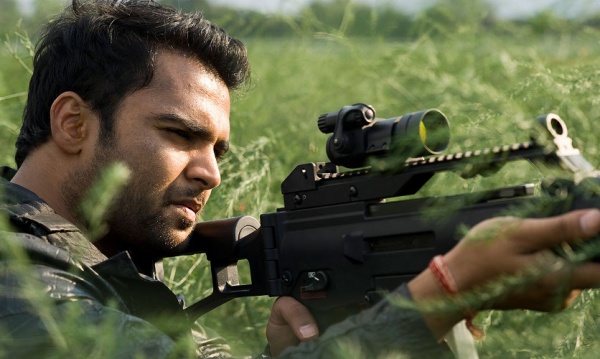 Production photo of Aazaan aiming the G36C. Note that it has a red dot-type scope mounted on the picatinny railing. 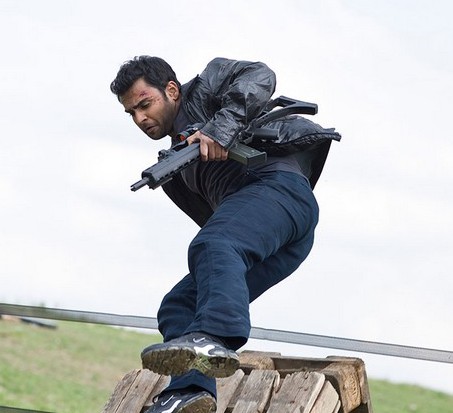 A production photo of Aazaan jumping over an obstacle in Germany.

Aazaan uses a Mossberg 500 Cruiser to take out of the vans carrying Sharma's henchmen in Germany after being betrayed. He uses it to eventually disarm Sharma of his Glock 17. 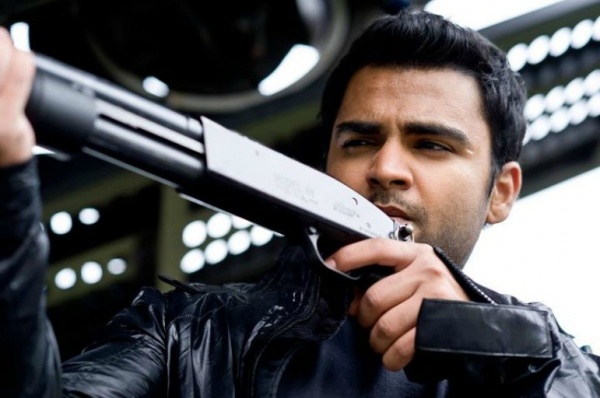 Aazaan prepares to fire the Cruiser taken from Sharma's henchman in a production photo.

Imaad (Arya Babbar) takes aim with a Heckler & Koch SL8-5 in a confrontation with Aazaan in the rural forests of Germany. His SL8-5 has a telescopic sight, front accessory rails and a 10-round magazine.

Imaad taking aim with the SL8-5. Note the riflescope and the 10-round magazine attached.

Aazaan uses the M203 mounted underneath a M4A1 to take down Chechnya-based terrorists after being cornered.

Production photo of Aazaan aiming the M4A1. Note the M203 underbarrel grenade launcher. Note the protrusion at the front of the barrel bracket which indicates that this is one designed for an M16A1/A2 rather than an M4A1.

Promotional image of Aazaan holding the M4A1. The M203 can be seen.
Retrieved from "https://www.imfdb.org/index.php?title=Aazaan&oldid=773242"
Categories: