A Golden-coloured Straw Hat (original title Solomennaya shlyapka) is a Soviet 1974 made for TV musical comedy directed by Leonid Kvinikhidze and based on the French play "Un chapeau de paille d'Italie" by Eugène Labiche. The story takes place in mid 19th century in France. Fadinard (Andrey Mironov), a nobleman who is deep in debts, plan to marry the daughter of a wealthy person from province. In the day of the marriage Fadinard's horse by chance eats a certain straw hat, thus triggering a chain of comical events that can ruin Fadinard's plans.

The following weapons were used in the film A Golden-coloured Straw Hat (Solomennaya shlyapka):

One of the handguns, used by Monsieur de Beauperthuis (Yefim Kopelyan), is a Quadruple Percussion Pocket Pistol. Fadinard (Andrey Mironov) briefly holds de Beauperthuis' pistol in one scene. It appears to be the same movie prop that is seen in Ostrov sokrovishch and Tri tolstyaka, also filmed by Lenfilm studios. This is almost certain Tap-Action Flintlock Pistol converted to percussion, since the original multi-barreled percussion pistols had a rotating barrel block. 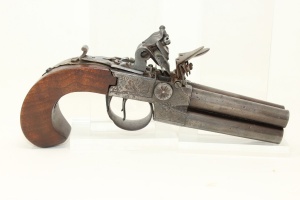 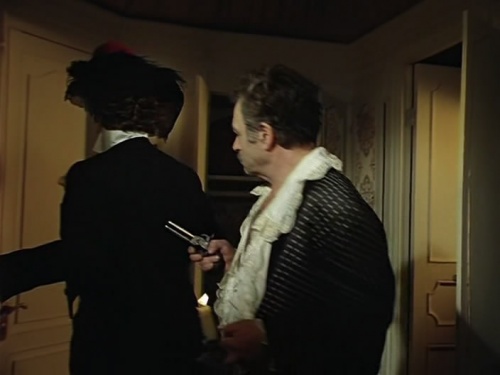 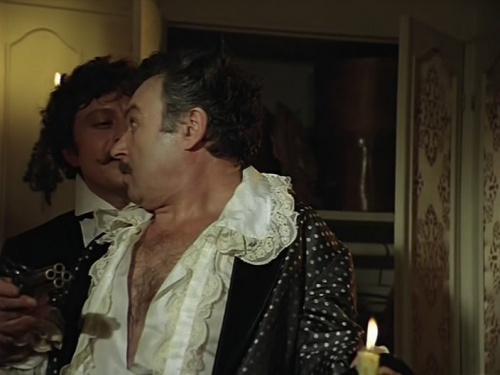 A good view of quad barrels. 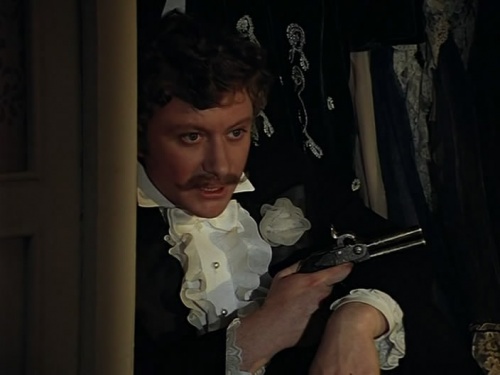 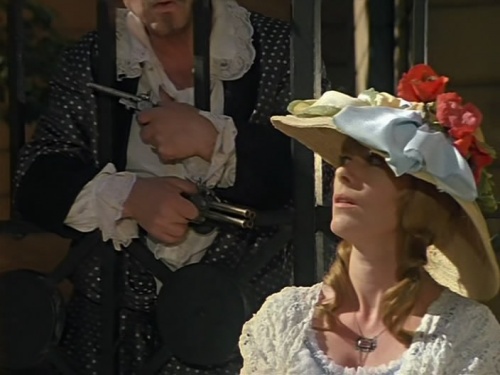 De Beauperthuis holds both his pistols in the final scene. 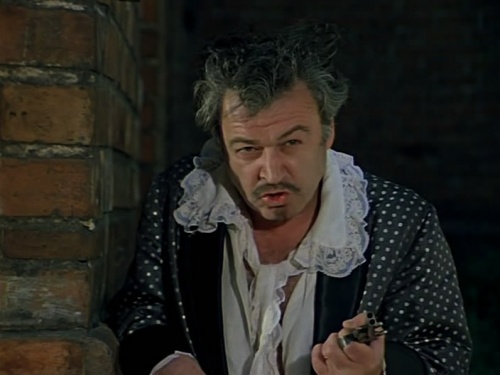 De Beauperthuis holds both his pistols in the final scene.

A percussion cap musket is carried by Tardiveau (Zinoviy Gerdt) during his service in Garde nationale (French National Guard). It appears to be a hunting gun, fitted with a bayonet to resemble a military musket. 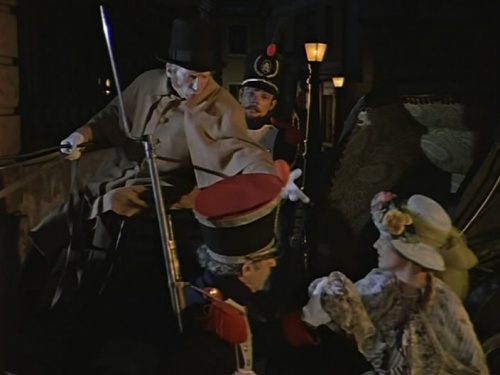 Tardiveau carries a musket on sling. 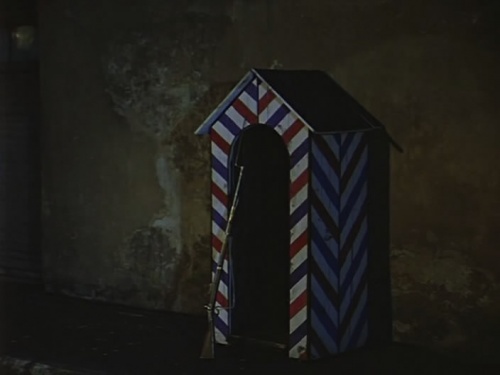 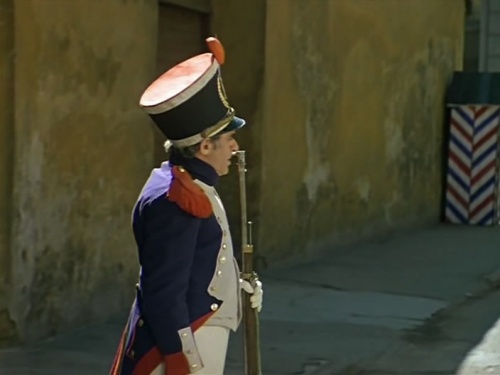 Another view of the musket.
Retrieved from "https://www.imfdb.org/index.php?title=A_Golden-coloured_Straw_Hat_(Solomennaya_shlyapka)&oldid=1391460"
Categories: