A Bay of Blood

A Bay of Blood (originally released as Ecologia del delitto and Reazione a catena) is a 1971 Italian horror film of the "giallo" sub-genre which is often stated as the first fully formed example of the slasher film genre, which has inspired many other movies, most notably Friday the 13th, its first sequel (in which some of the scenes were recreated shot-for-shot) and The Evil Dead franchise.

The film is notorious for a large number of alternate names (arguably the most in movie history) - it has at least two in any country it was shown. After the movie had gone through at least three working titles (Odore di carne ("The Odor of Flesh"), Cosi imparano a fare i cattivi ("Thus do we live to be evil"), Antefatto ("Before the Fact") it was released as Ecologia del delitto ("The Ecology of Crime") but was pulled off because of poor box office performance and re-released as Reazione a catena ("The Chain Reaction"), and later as Bahia di Sangre ("A Bay of Blood"). In the USA, because of numerous theatrical and video releases, the film is known by dozens of different names, the most common of which are "A Bay of Blood" and "Twitch of the Death Nerve".

The following weapons were used in the film A Bay of Blood:

12 Gauge Double Barreled Shotgun (probably of local Italian manufacture) is seen in the final scene of the movie. It is used by Renata (Claudine Auger) and Albert's (Luigig Pistilli) son (Renato Cestiè), who shoots them as he thinks that it's a toy gun. It turns out to be a real shotgun, and he thinks that his parents are pretending to be shot. Considering the angle and film's low budget, it is possible that live rounds were fired. 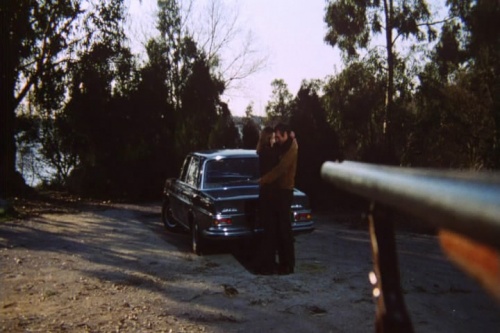 A gun is pointed at Reanta and Alberto... 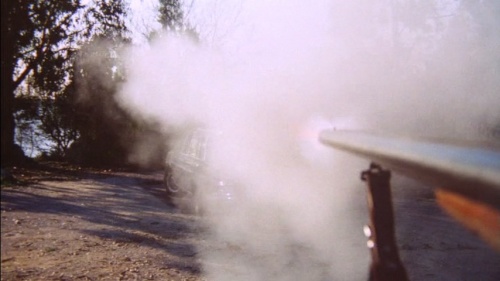 A gun is fired at Reanta and Alberto. Note the muzzle flash and the actual angle. 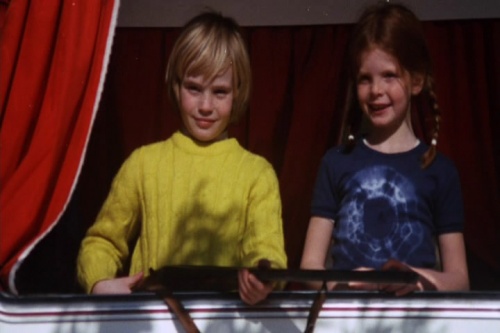 The accidental murderer turns out to be their own son.
Retrieved from "https://www.imfdb.org/index.php?title=A_Bay_of_Blood&oldid=1409186"
Categories: