13 Minutes is a 2015 German movie directed by Oliver Hirschbiegel (Downfall). Georg Elser could have changed history. He was 13 minutes away from killing Adolf Hitler with the bomb he had built. But things turned out differently on November 8, 1939, in Munich's Bürgerbräukeller. Hitler left the assassination site too early - and Elser failed. He was subsequently interrogated by the head of the criminal investigation department, Arthur Nebe, and SS careerist Müller, who asked him to name the alleged backers. The memory of his great love Elsa and his faith give Elser the strength to maintain civil courage and humanity even in the face of death.

The following weapons were used in the film 13 Minutes:

A Luger is used by one Sturmabteilung (SA) member (Oliver Bigalke) to arrest Josef Schurr (David Zimmerschied). An SS-Oberscharführer (Technical sergeant) in the Dachau concentration camp also appears to be using a Luger to execute Elser on April 9th, 1945, 20 days before the camp was liberated by U.S. troops. The reason why he was held in Schutzhaft (protective custody) for so long was because the regime wanted to sentence him to death in a show trial at the end of the victorious war. 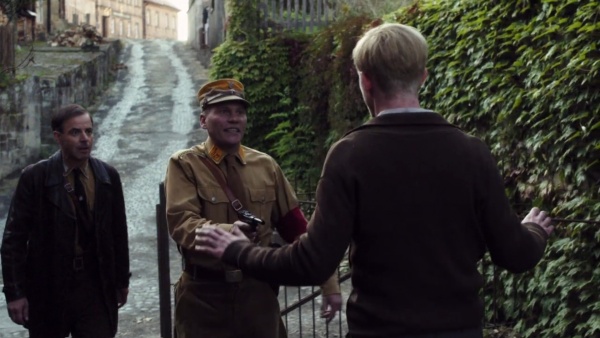 The SA-Mann approaches Josef with his Luger in his hand. 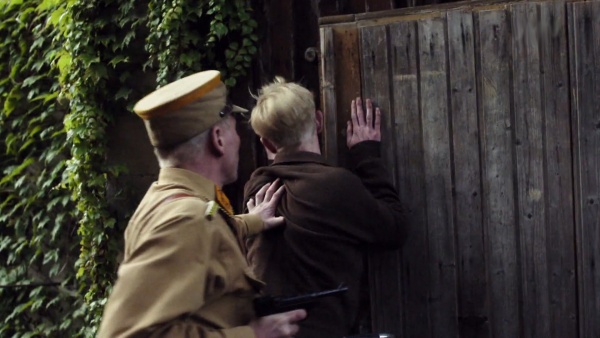 A view of the Luger's right side. 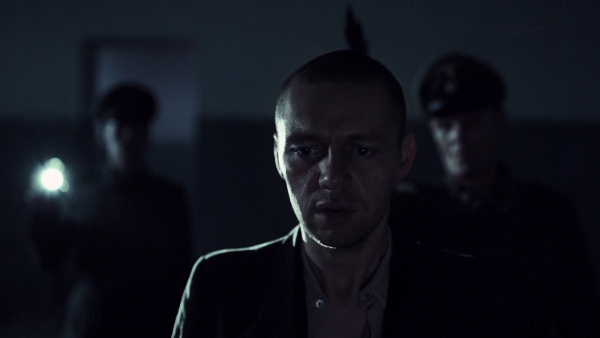 Georg Elser (Christian Friedel) who has been told that he should be brought in for questioning faces the wall while the SS-Oberscharführer in the background readies his pistol.

The Karabiner 98k is wielded by two border guards, German soldiers, and some policemen. 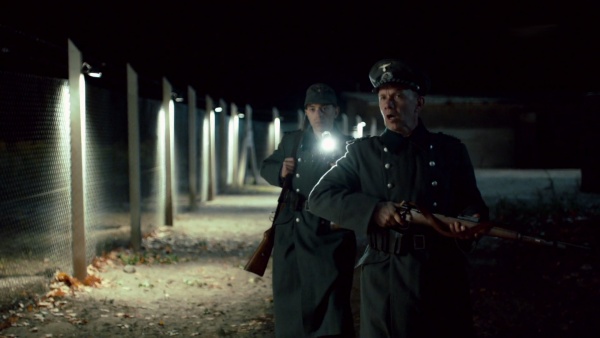 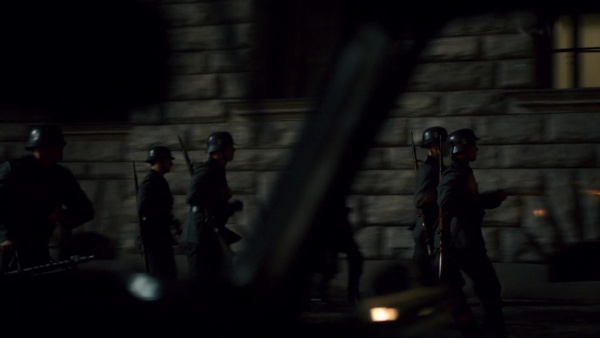 German soldiers running with their carbines. 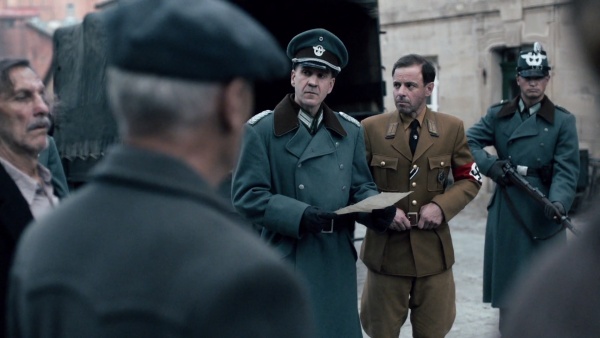 A policeman on the right next to Ortsgruppenleiter (Local Group Leader) Eberle (Felix Eitner) holds a Karabiner 98k. 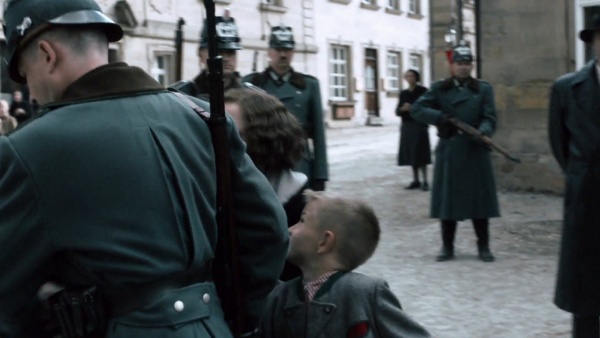 Another policeman has a Kar98 over his shoulder while arresting Else Härlen (Katharina Schüttler). The officer in the background has a Kar98AZ.

The majority of the Police officers are correctly armed with Mauser 98AZ Artillery Carbines. 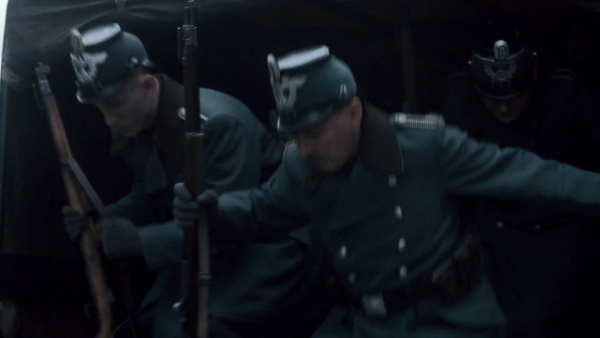 Police officers armed with Kar98AZs jumping off a truck.

Two MG34s can be seen transported by German soldiers in front of the Reichssicherheitshauptamt (Reich Main Security Office) building in Berlin. 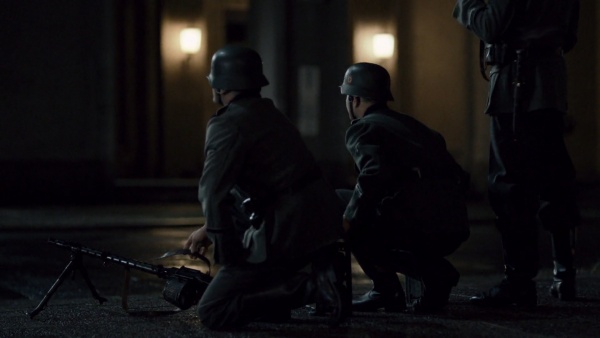 The gunner places the MG on the ground to secure the building. 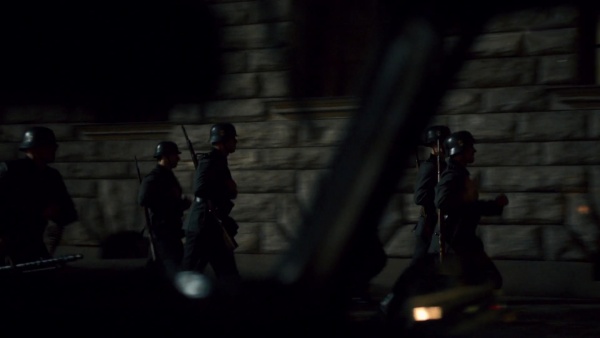 The second MG can be seen on the left carried by another soldier.
Retrieved from "https://www.imfdb.org/index.php?title=13_Minutes&oldid=1499946"
Categories: