100 Days Before the Command (Sto dney do prikaza...) is a Soviet 1991 (filmed 1990) drama movie directed by Hussein Erkenov and based on the novel by Yuri Polyakov. The film shows the life of Soviet Army soldiers who suffer daily violence from their senior fellows, informal leaders in the barracks. The events end tragically for many of them.

The following weapons were used in the film 100 Days Before the Command (Sto dney do prikaza...):

In several scene Soviet Army soldiers are armed with AK-74s. 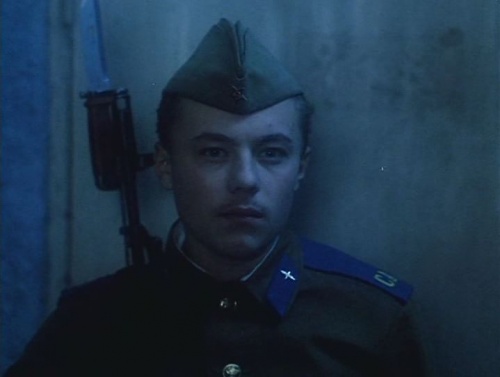 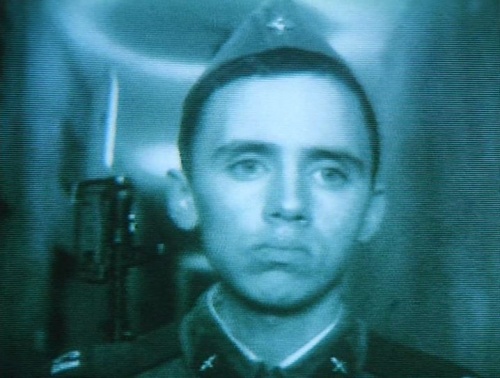 Valeriy Kudrin (Valeriy Troshin) carries an AK-74 with attached bayonet in same scene (he is seen on the screen of video control system). 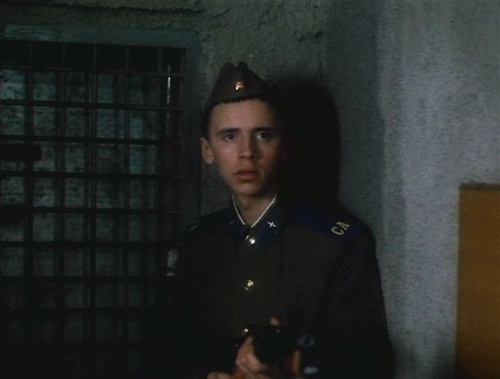 Kudrin with AK-74 in same scene. 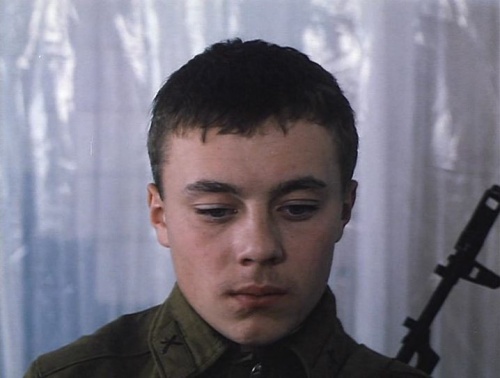 Elin carries an AK-74 in the scene in swimming pool. Note that his AK-74 lacks the cleaning rod that re-appears on Elin's gun later in same scene. 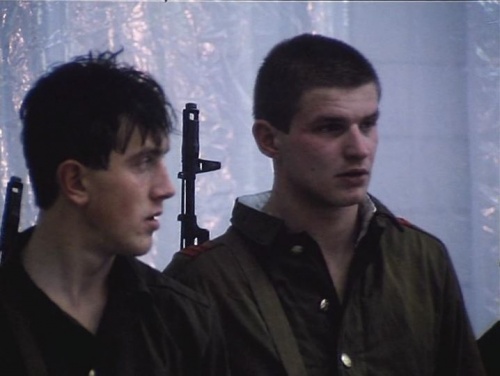 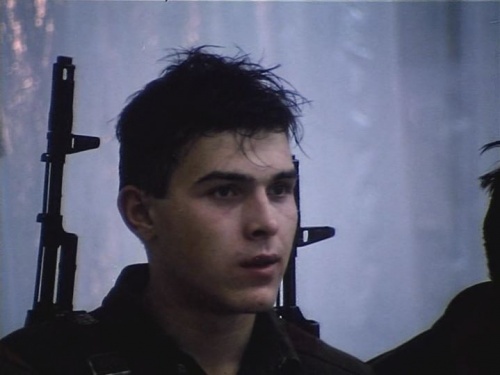 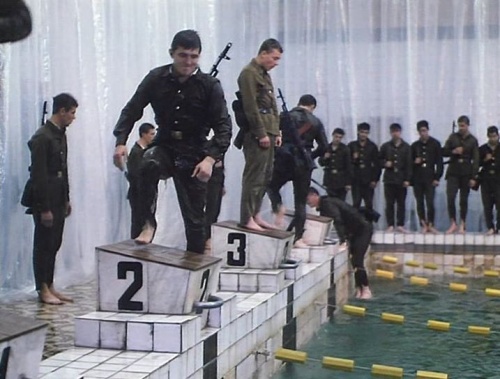 Soldiers with AK-74s in the same scene. 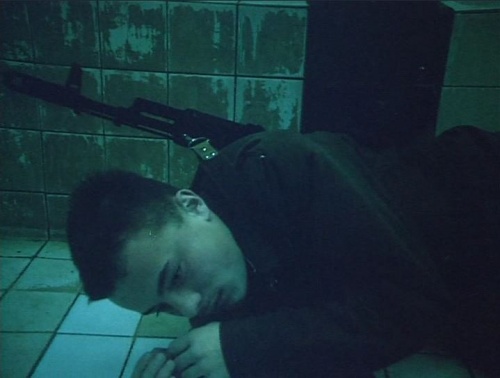 Elin with AK-74 under water. The cleaning rod is on place. 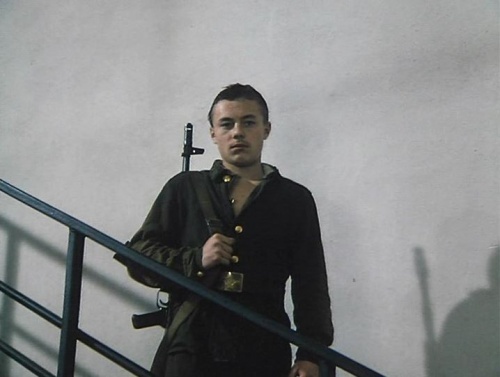 Soldiers carry AKMs in the scene of the forced march. Many are fitted with orange bakelite magazines. 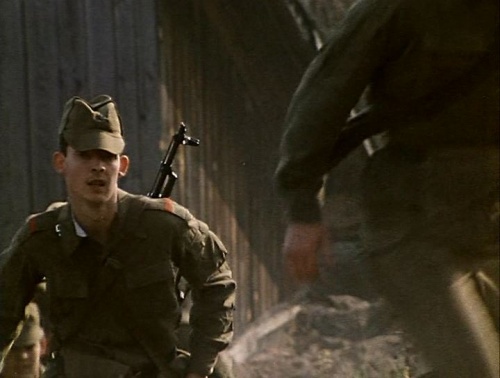 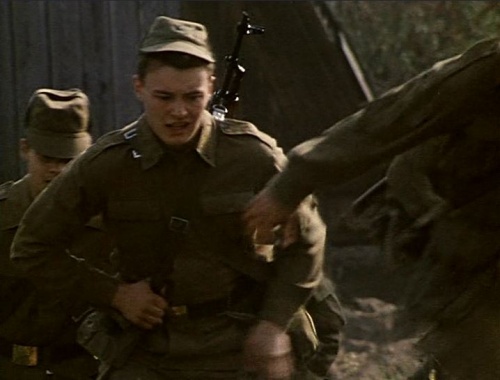 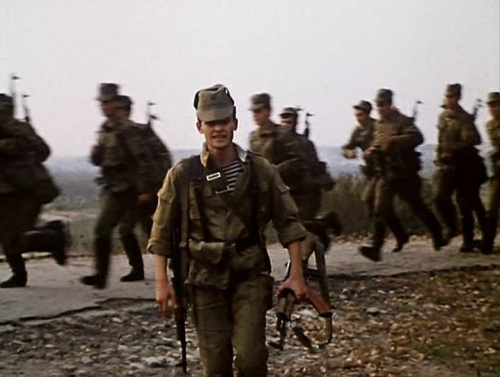 Unnamed Sr. Sgt. (Aleksei Volkov) carries two AKMs, his own and taken from a soldier. 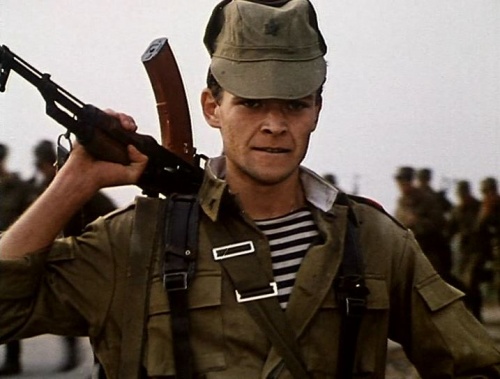 A closer view of an AKM in hands of the Sr. Sgt. 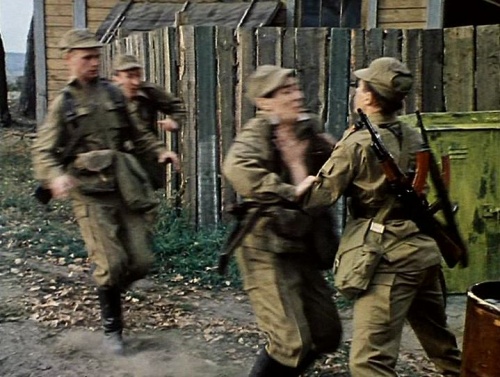 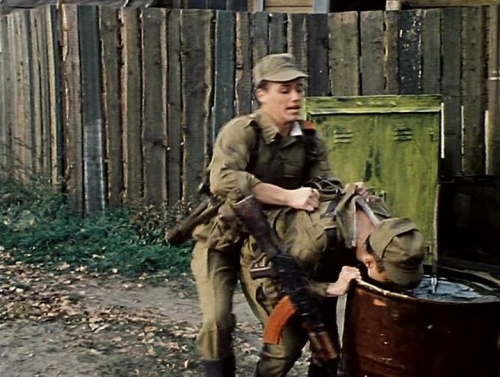 One of Titarenko's AKMs is seen in same scene. 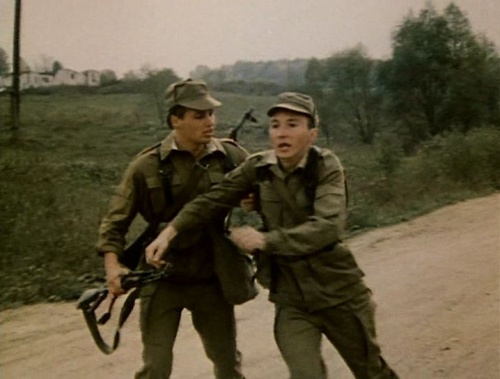 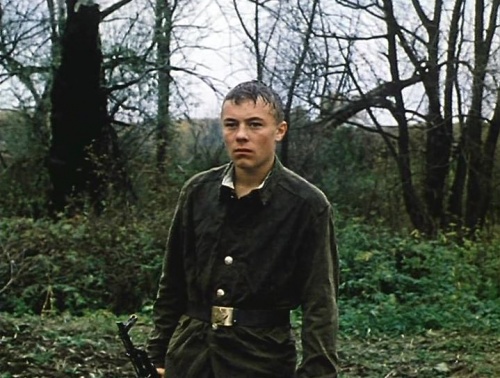 Sr. Lt. Umnov (Sergey Bystritskiy) carries a holster for Makarov PM. It's hard to say if it contains the gun. 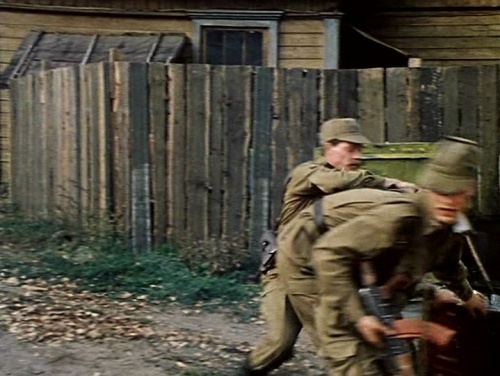 Umnov drives the soldiers away from a barrel with water. His holster is seen in distance so it's hard to say if it is empty or not. 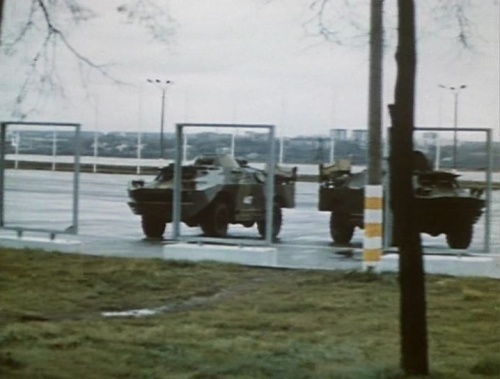 A pair of BRDM-2 armoured reconnaissance vehicles. The standard armament of BRDM-2 are KPVT and PKT machine guns but these vehicles seem to be unarmed. 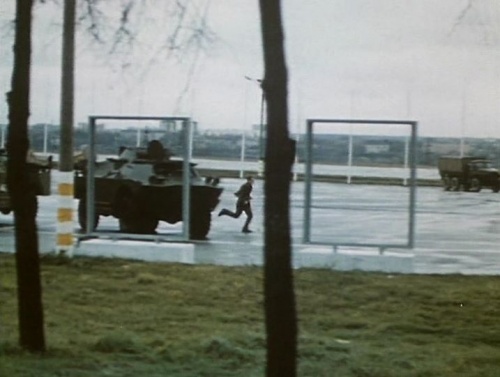 Another view of BRDM-2. 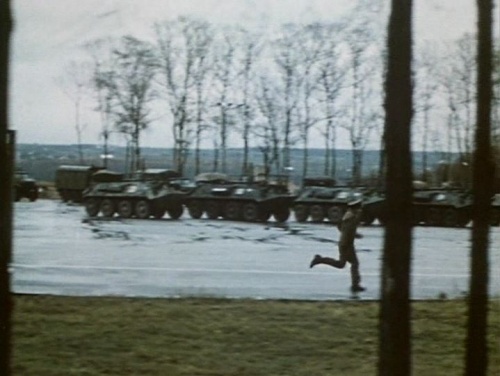 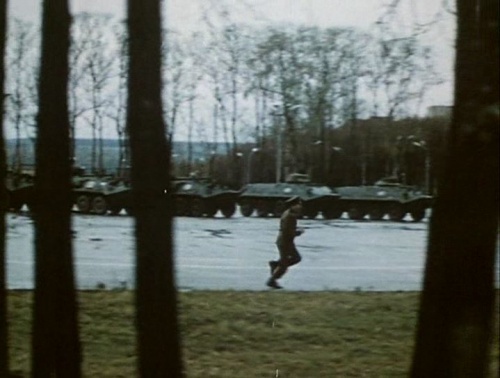 A row of BTR-60PA APCs. They also seem to lack machine guns. 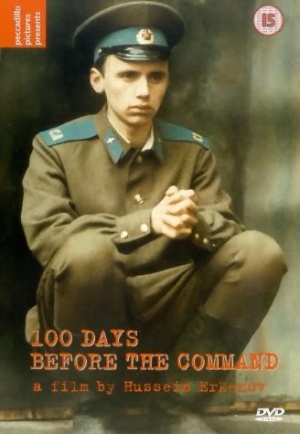