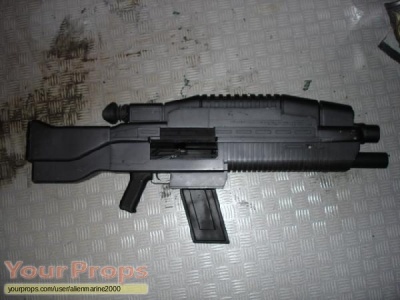 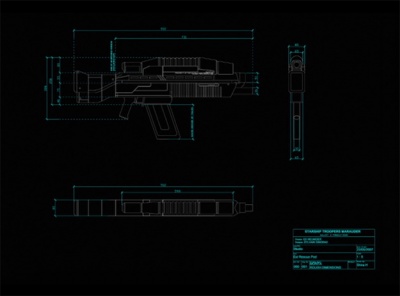 A schematic of the new Morita Mk. III. 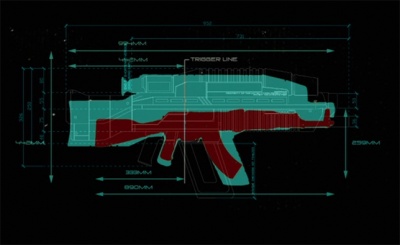 The Mk III bears a passing resemblance to the Objective Individual Combat Weapon, complete with "over-slung" grenade launcher and a long scope that ends in a flashlight. The weapon itself is actually a Vektor R5 assault rifle, a South African variant of the Galil assault rifle, housed in a very bulky looking gun mold. An additional variant lacks the rifle stock.

This weapon is used by the following actors in the film: