The No. 15 Hand Grenade "Ball" was used by the British Forces in WW1. The grenade used a time fuze with a 5 seconds delay. To ignite the fuze you had to strike the matchhead compound. The body of the grenade is made of cast iron, it was internally fragmented. The grenade was a short lived stop gap solution which had a lot of problems to ignite the fuze in wet conditions. Nonetheless a lot of them were produced. 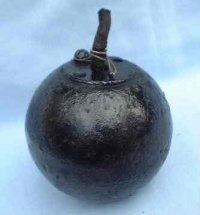 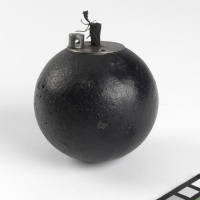