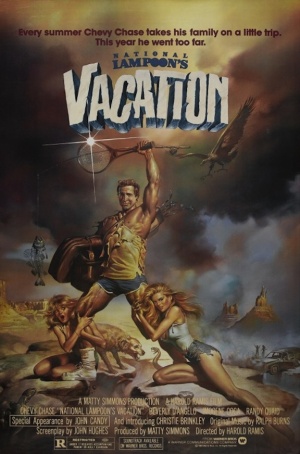 National Lampoon's Vacation is a 1983 comedy directed by Harold Ramis and starring Chevy Chase as Clark Griswold, a ordinary family man who is determined to take his family cross country to California to visit Wally World, a world famous amusement park. During their journey, the family endures all sorts of trouble. The film would spawn a film franchise, spanning four sequels as well as a spinoff television film and a soft "reboot" in 2015.

The following weapons were used in the film National Lampoon's Vacation:

The SWAT leader also holds an M1911A1 on Clark. 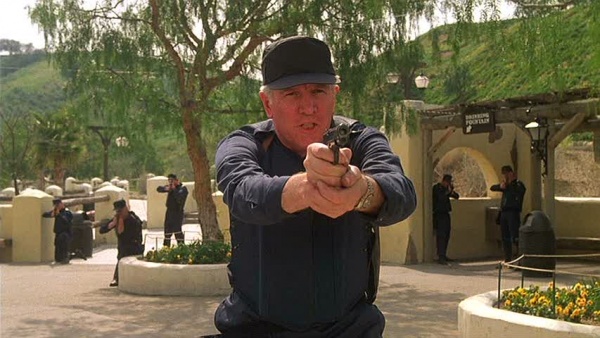 When the Griswolds go to the Old West bar, a bartender pretends to shoot Clark Griswold (Chevy Chase) with a 12 Gauge Double Barreled Shotgun. 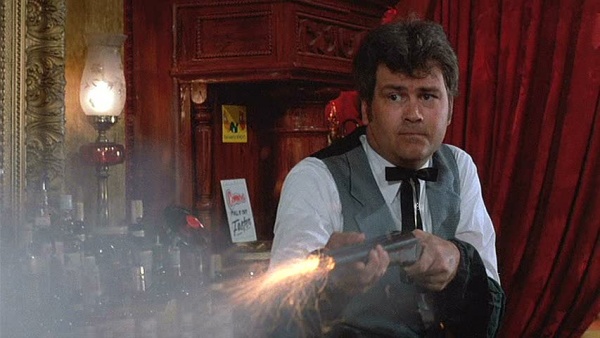 Police officers and some SWAT Team officers carry Ithaca 37 riot shotguns and aim them on the Griswolds at the Wally World park.

Most of the SWAT team officers are armed with M16 rifles when they storm the Wally World park and eventually train their rifles at the Griswold family. 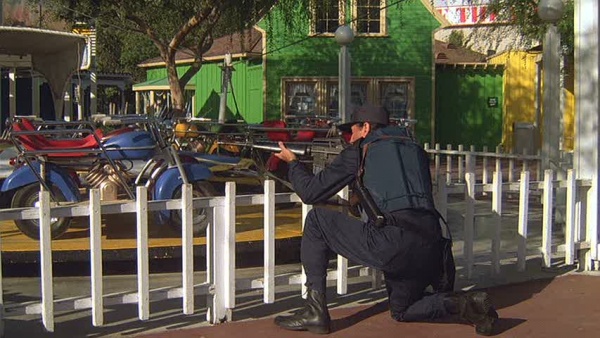 A SWAT officer armed with the M16 rifle. The 3-prong flash hider can be seen here.

At least one SWAT officer is armed with a Winchester Model 70 at the Wally World park with a scope.

One of the SWAT officers leads his team carrying what appears to be a Federal L-5 Gas Riot Gun.

At Wally World, Clark threatens Lasky (John Candy) with a Marksman 1010 BB pistol that resembles an M1911A1. Clark refers to it as a "Magnum P.I.". 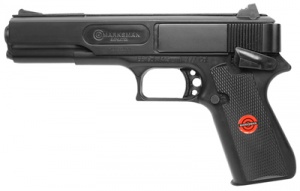 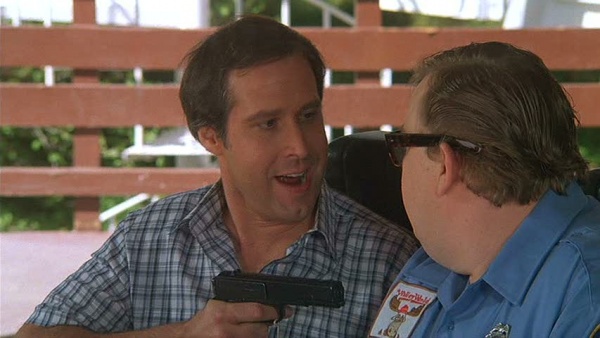