PS. This movie exist in two versions: Russian and Italian, the second one runs for the 9 minutes longer. This screenshots tooked from the Russian version.

The following weapons were used in the film Gold:

A German mercenary Andreas Berkenhofer (Aleksandr Abdulov) holds a Matchlock Musket at the one scene. 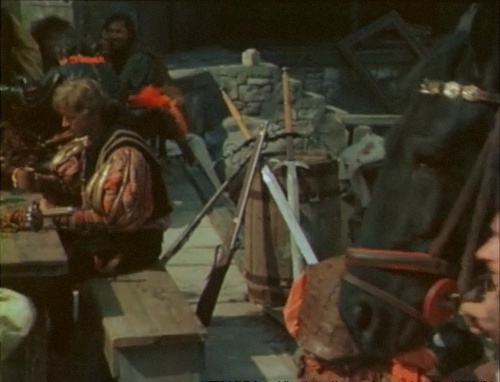 Thw musket is seen at the center, near the wine barrel. 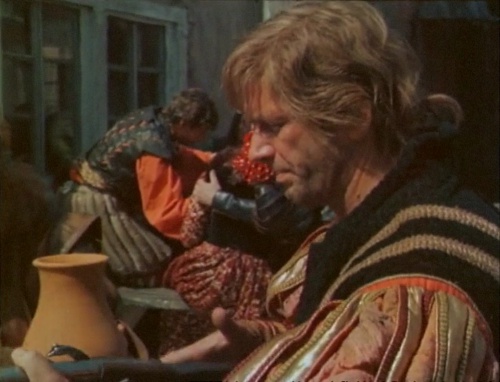 Andreas Berkenhofer grabs the musket. The hammer, typocal for matchlock guns can be seen. Andreas climes, that "a gun that can shot dead anybody in distance of 100 meters (110 yards)" but in reality the matchlock guns of those periods are useless in distance more than 50 meters (55 yards). 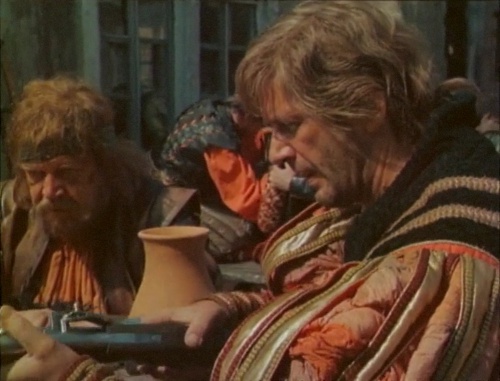 A perfect view of the matchlock. 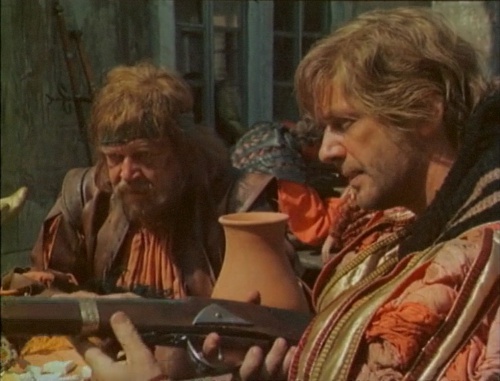 The trigger, trigger guard and barrel band can be seen. 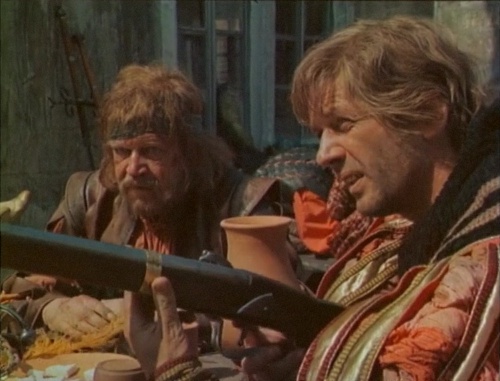 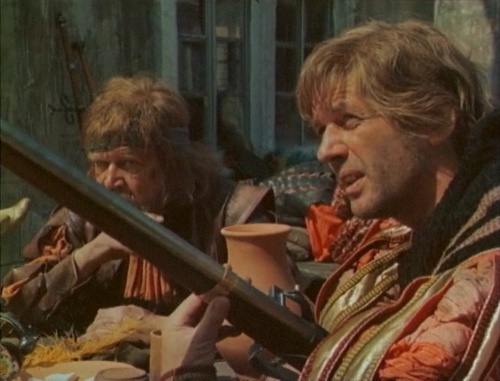 The matchlock is seen. 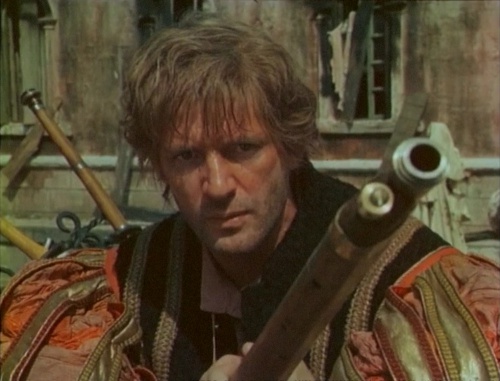 Andreas holds the musket. A perfect view of the muzzle. 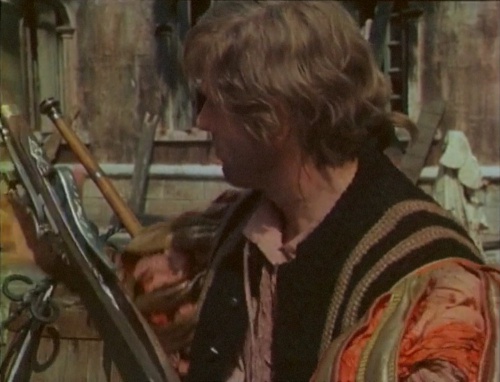 Andreas puts the muzket on the ground.

Several mercenaries can be seen armed with the unknown muskets. It's may be the same type guns, that also appeared in Boris Godunov (which also was filmed in Mosfilm) but it's only guess. 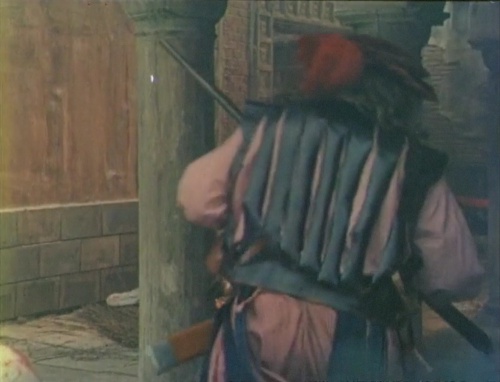 A mercenary runs, musket in hands. 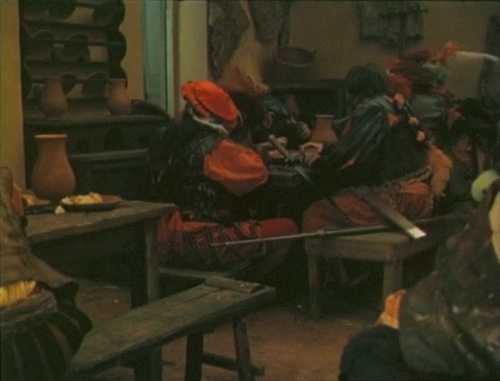 The musket is lying on the bench. 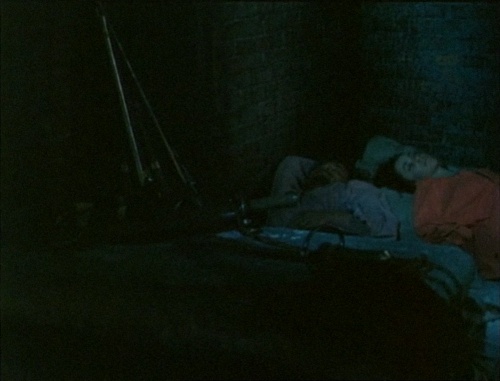 Several muskets are seen near the wall. 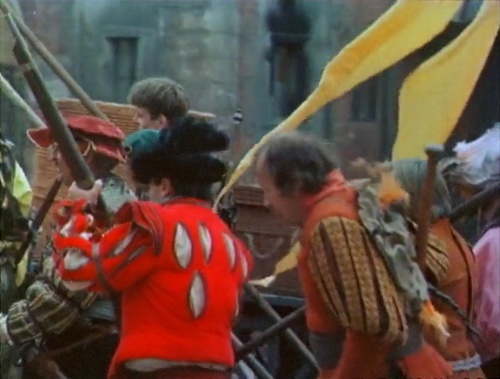 A mercenary in red dress holds the musket. 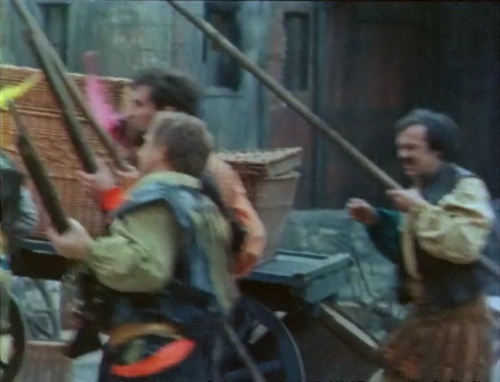 Another merceary in the navy blue coat holds the musket. 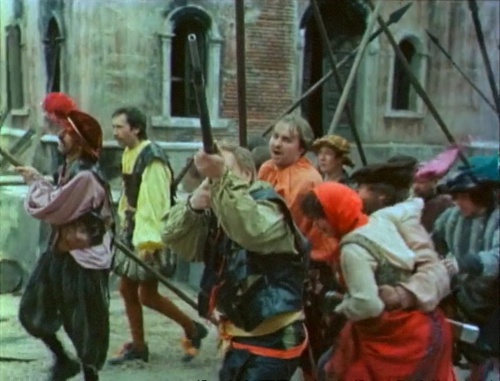 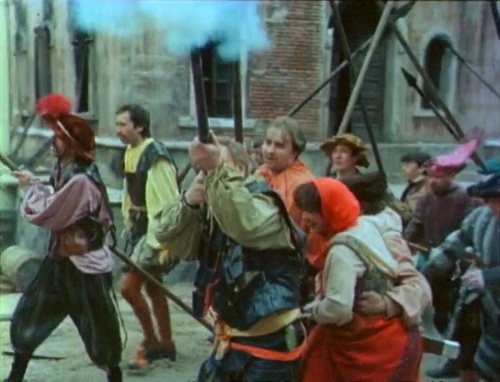 ...and fires at the citisen. The lack a flash from the touch hole means, that's may be percussion gun or the flame and smoke are produced by pyrotechnical charge in the muzzle.

Defenders of the Castel Sant'Angelo fires the heavy cannons at the mercenaries. 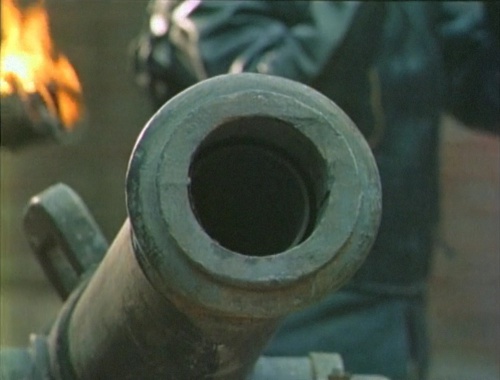 A perfect view of the muzzle. 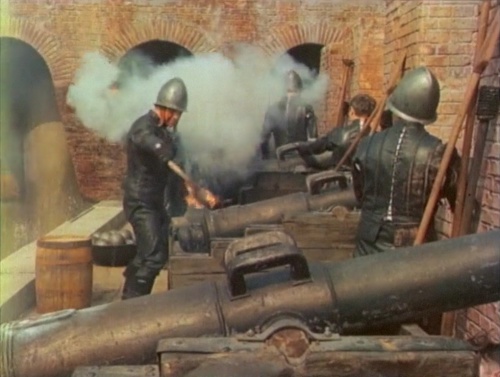 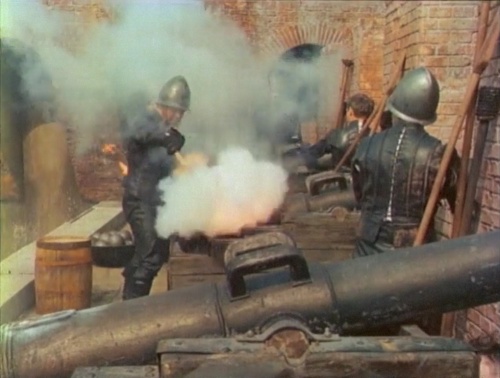 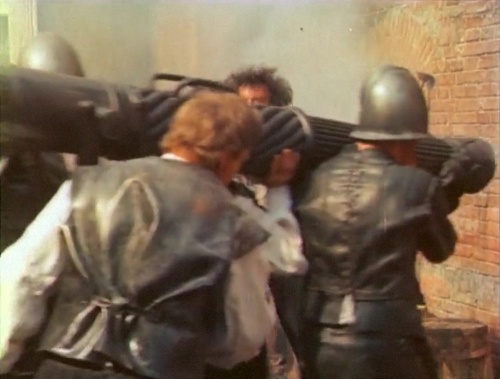 The another tipe of cannon is carried by the castle defenders. 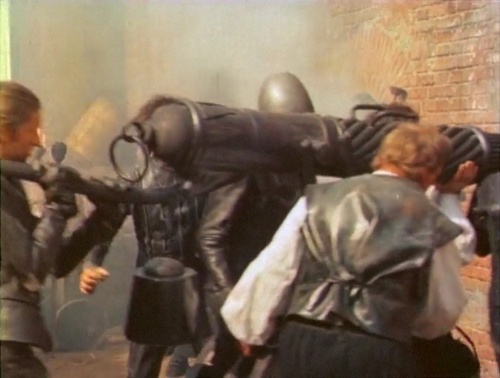 A better view of the rear part of the gun. 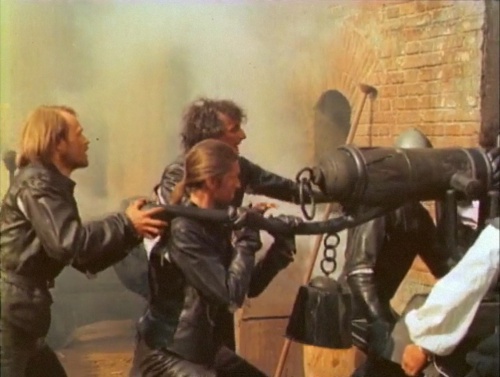 The cannon is planted on the carriage. 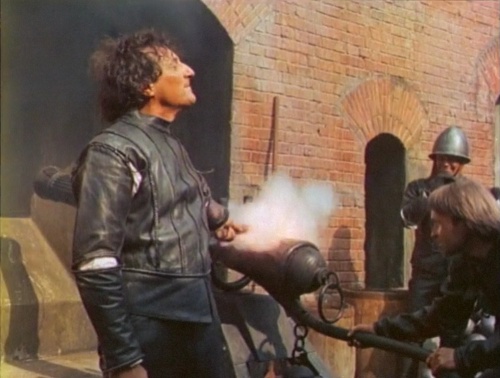 The cannon is fired by Benvenuto Cellini (Carlo Ceochi).

At least one howitzer can be seen in the Castel Sant'Angelo. 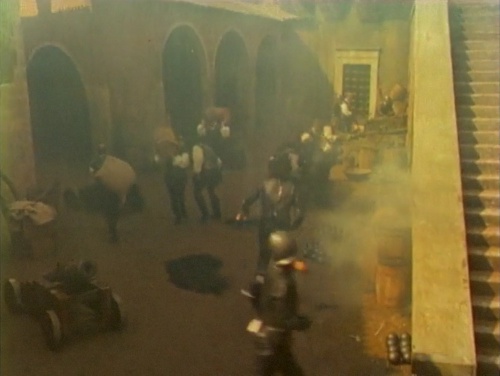 The howitzer can be seen at the bottom left. 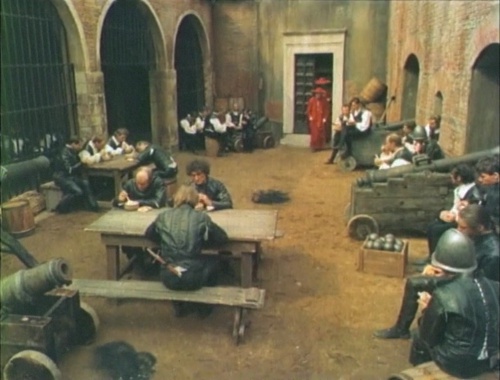 The same howitzer can be seen at the bottom left.
Retrieved from "https://www.imfdb.org/index.php?title=Gold&oldid=1207645"
Categories: