Calcutta is a 1946 B&W noir adventure drama directed by John Farrow and starring Alan Ladd as Neale Gordon, a pilot on flights between Calcutta and Chungking. When Gordon returns from a flight, he gets news that his friend Bill Cunningham was murdered. Gordon begins his personal investigation. He meets Bill's fiance Virginia Moore (Gail Russell) and, despite being charmed by her, becomes suspicious.

The following weapons were used in the film Calcutta: 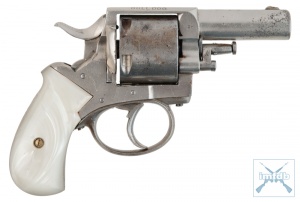 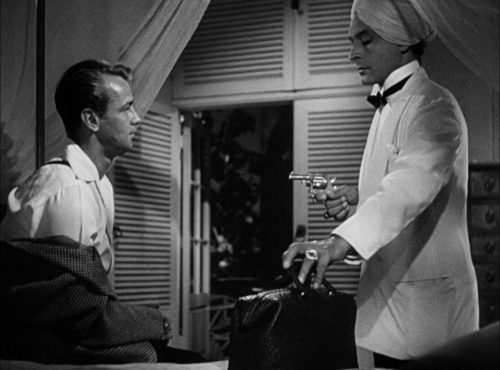 Malik aims his revolver at Neale. 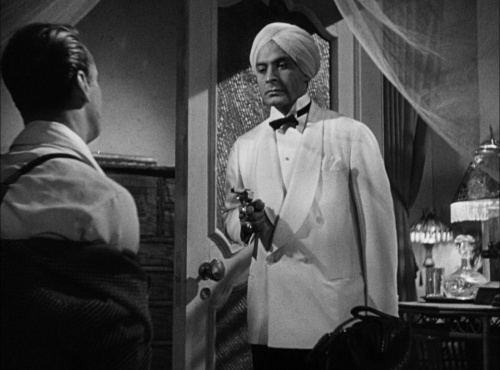 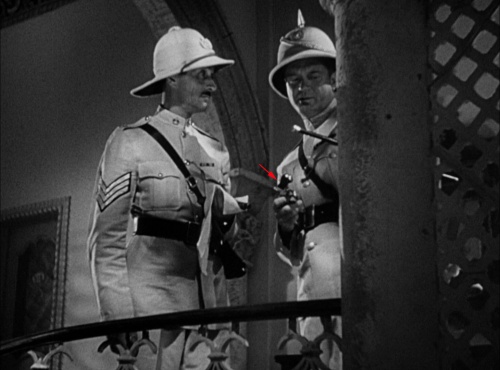 The revolver in hands of a police constable (Leyland Hodgson). The grip is seen. 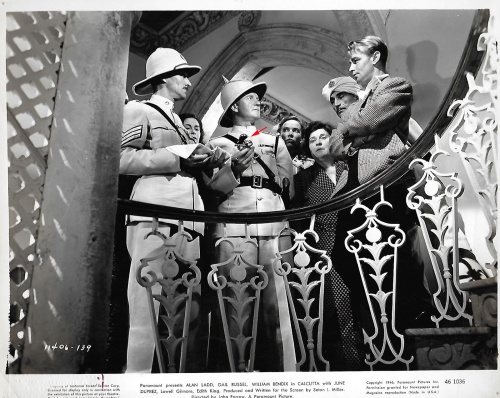 The same scene on a promotional image. The "bird head" grip is seen better here. 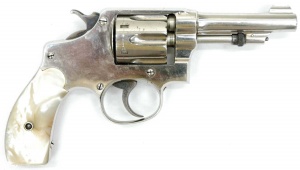 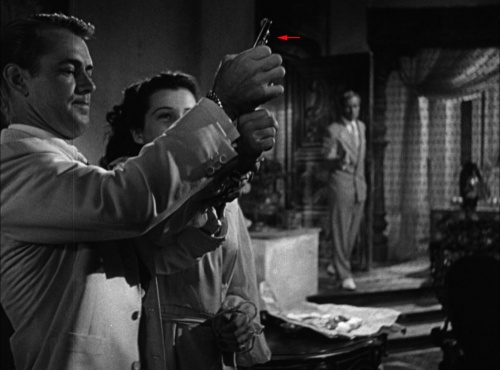 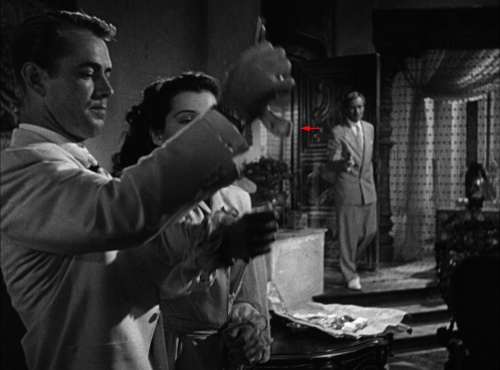 The pearl grip is seen. 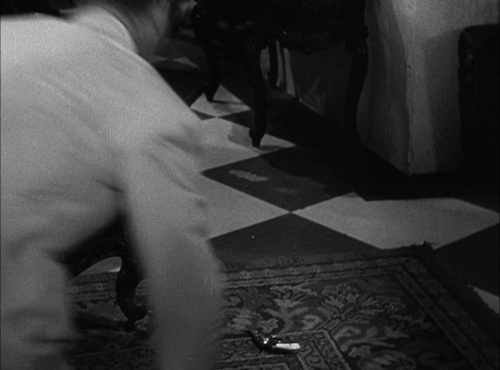 The revolver on the floor. 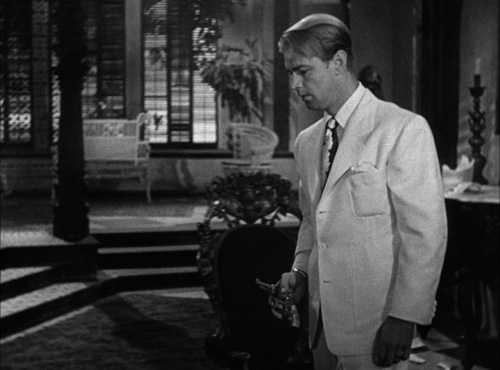 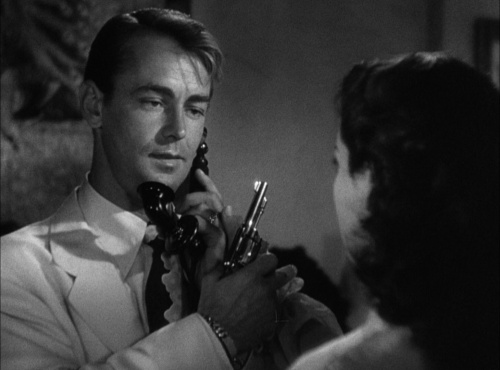 A good view of the revolver. The gun is definitly smaller than .38 Smith & Wesson revolvers and can be identified as .32 model.

Eric Lasser (Lowell Gilmore) holds a Colt Detective Special in the final scene. The film poster shows Alan Ladd holding a Colt DS but his character doesn't use this gun in the movie. 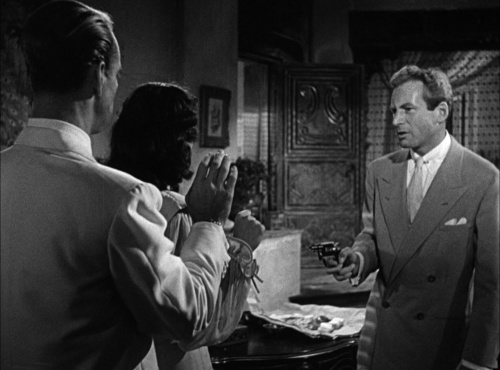 Lasser aims his revolver at Neale and Virginia. 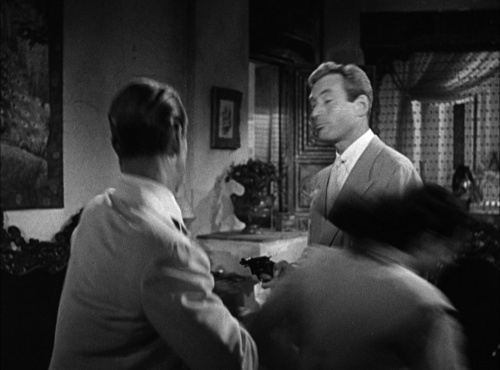 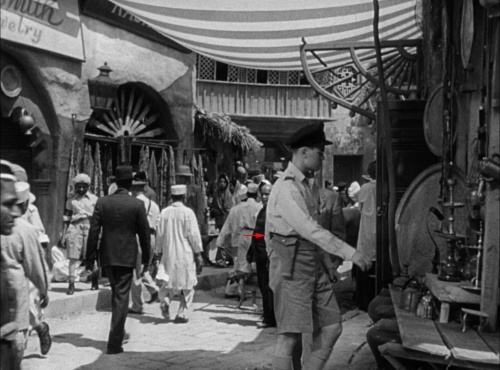 A police officer carries a revolver in standard British canvas holster, issued for Webley .38 Mk IV and Enfield No.2 revolvers. 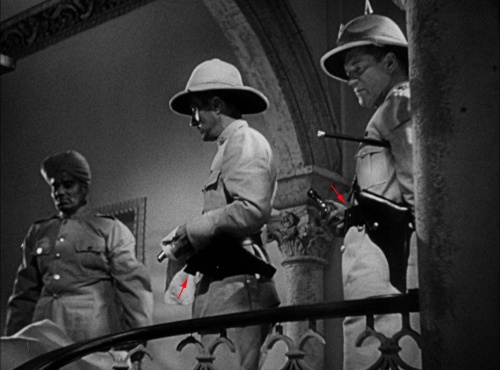 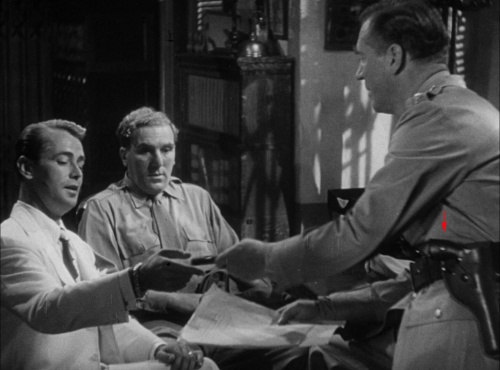 Neale Gordon's (Alan Ladd) personal handgun is a Colt Model 1908 (the gun is described as "Colt .38 caliber" so it must be an M1908 rather than .32 M1903). The pistol is taken from him by Mul Raj Malik (Paul Singh), and later this gun is seen in hands of police officers. 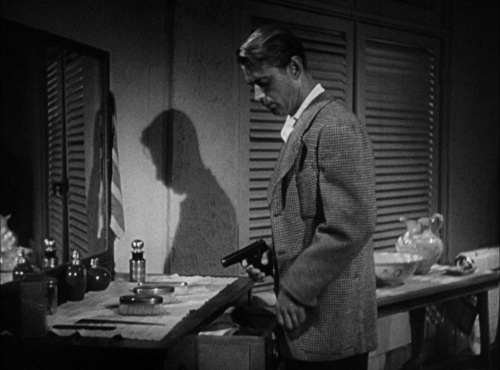 Neale takes his pistol from the drawer. 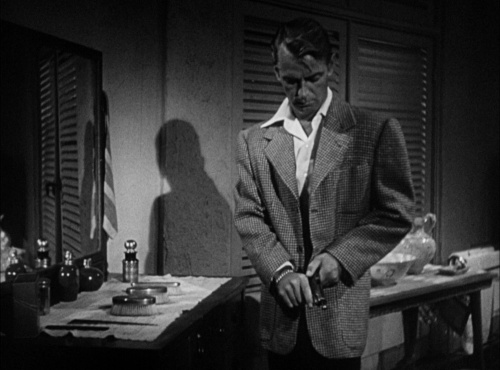 He cocks the gun. 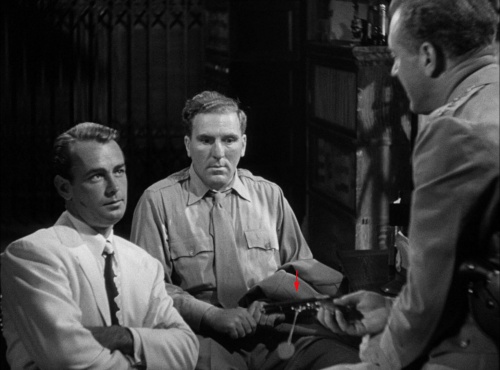 The pistol, now a material evidence, in hands of Inspector Kendricks (Gavin Muir). 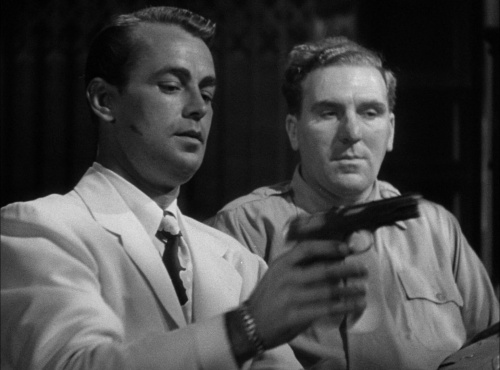 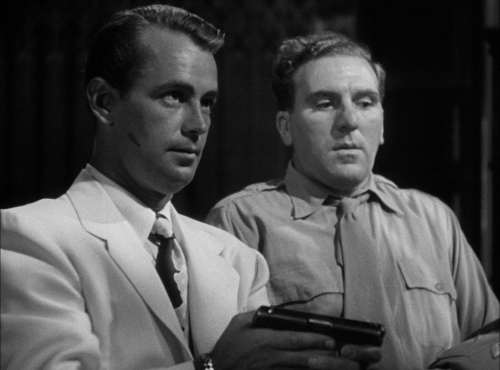 Inspector gives the pistol to Neale and asks to tell if this is his gun. 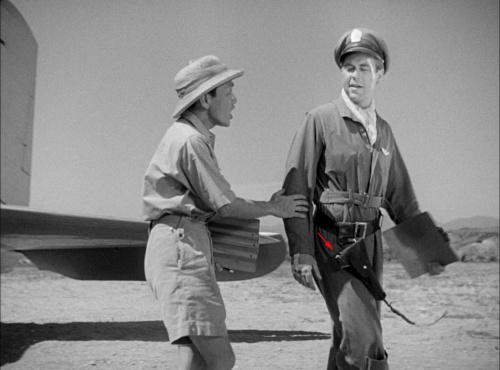 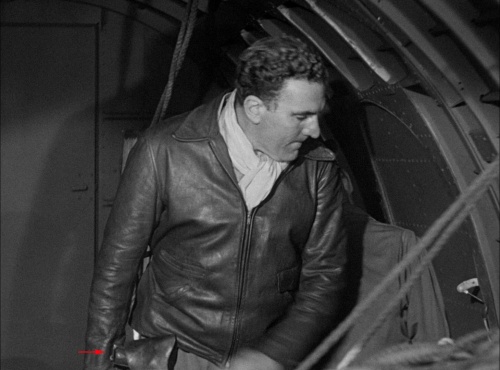 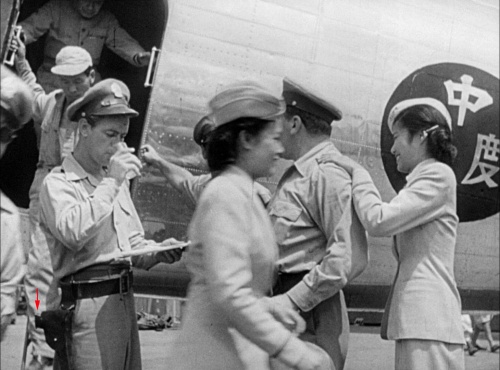 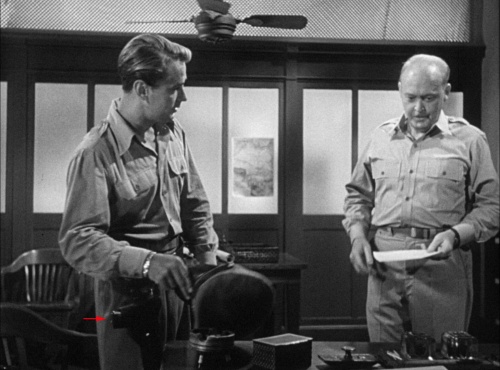 Neale's holstered pistol is seen in another scene.

A guard on the airfield is armed with an M1903 Springfield rifle. 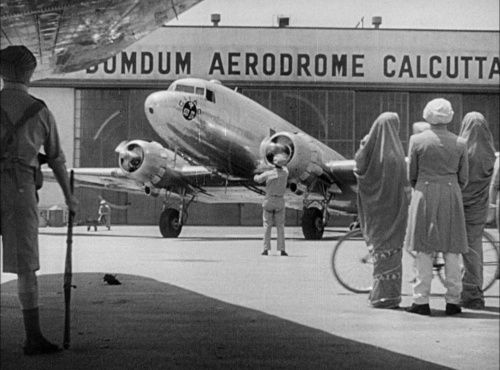 A guard at the left holds a rifle that seems to be a Springfield M1903
Retrieved from "https://www.imfdb.org/index.php?title=Calcutta&oldid=1404605"
Categories: